You know those weekends where you aren’t actually disappointed to be going back to work on Monday? Yeah, it’s one of those. Sure I had fun seeing Gatekeeper on Friday (although the crowd at the show was mad annoying) and then doing the whole Vancouver Zombie Walk thing on Saturday, but I just can’t bounce back from partying like a used to could, and sometimes the comfort of my desk and the promise of some productive structure is just what I need to clear my mental palette for the week ahead. That and some new tunage, and hey, turns out there’s a whole bunch of that just below! What a coincidence!

Ego Likeness have a new video and single, as you may have surmised from the recent hustle on their social media outlets. I always think of EL as being akin to Collide, and while “Treacherous Thing” is a lot more rockin’ than Karin and Statik have been for a minute now, both groups apply a kind of immaculate, tasteful production to their takes on American darkwave. Does that comparison sound backhanded? I hope not, measure these cats up against say, The Crüxshadows and you’ll see what I mean; they do the goth-electronic thing in a classy, dynamic fashion. Good clip!

I know I’m not the first person to say this, but with a name like Twitch the Ripper I wasn’t expecting a smooth synthpop steez from these recent Metropolis signees. This is sort of thing you used to get from your better A Different Drum bands, namely a good grasp of songwriting, clean recording and emphasis on melody. Pretty happy they got snatched up, I could use more stuff like this in my musical diet. I’ll likely be reviewing the album this week, but for now I’m content to jam out to this cut, which has just enough Low-Life era New Order in it to tickle me.

Oh man this is weird, but totally cool. I know nothing about this project except for two things which make it a slam dunk for inclusion in a tracks post: the project is from Scandinavia, and it has a kinda proto-EBM sound that aligns with //TENSE//, Valis and a bunch of other bands we dig. I wasn’t too sure about the lyrics at first, but I’m pretty sure lines like “You look like a slutty tramp” aren’t meant to be taken at face value when they’re followed by “Change your shoes and get [sic] a plastic surgery”. Do you think this project name is some kind of reference to Ian Curtis? Available as a free download from Soundcloud.

As our resident new-old school EBM guy, I always keep an eye on the stuff being issued by EKproduct. Their release schedule is actually pretty nuts, seems like every time I look into it they have something in the hopper, like this here promo track from Red Industrie’s forthcoming third album. I like the detached vocals a lot, they’re especially effective set against the busy ‘ol bassline this jam has in the trunk. Is it me or is there something delightfully nostalgic about songs warning us about the dangers of personal computing?

The Horrorist, “The Man Master”

Oh Oliver, you’re awesome. I read somehere this song is ostensibly about being bisexual(?), but if all you did was watch the video you would think it’s about sexy lady chiropractors and rubbing meat all over your bod. Last time we checked in on the Chesler I was saying his vox took me a while to get over before I could enjoy the song, but this time out they work perfect on that double speed “TV O.D.” vibe.

When I had a chance to chat with Lynn Standafer of end.user at Kinetik this year, he told me he was working on some remixes for oddball psych-rock act CVLTS. On paper it sounded like a good pairing, what with end.user being one of the more atmospherically minded breakcore acts, an assessment that seems justified by the quality of this here edit. It’s apparently nameless, which fits the whole limited tape release and short run vinyl thing CVLTS engages in somewhat. I wonder if this is a signpost to the sound Standafer’s new project Option-8 will be going for? 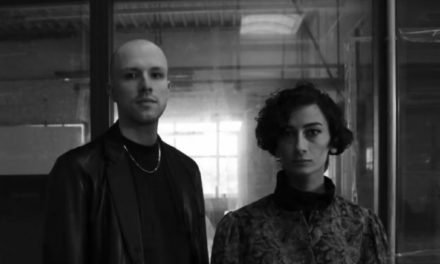 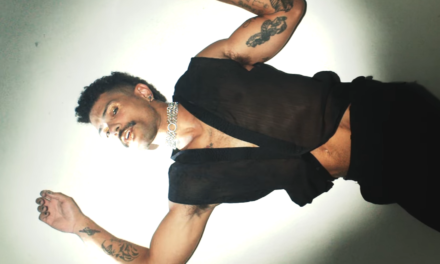