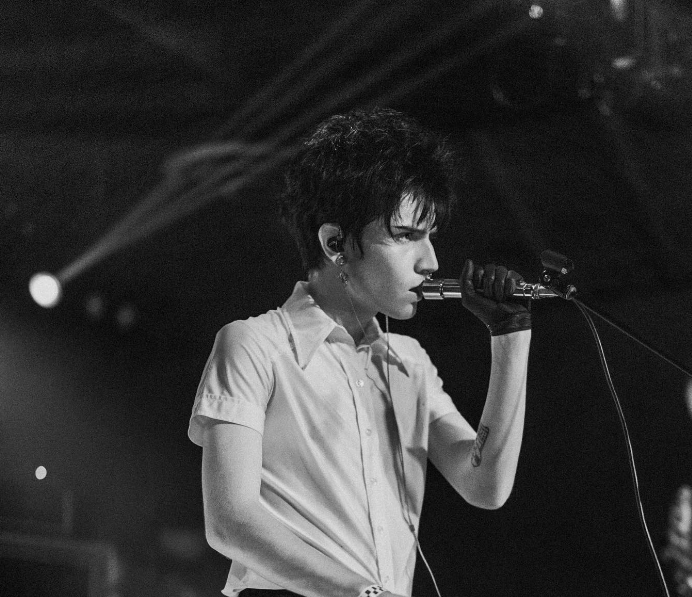 It occurs to us that there’s probably no better map to our changes in focus and interests over the course of the last 11 years than these weekly Tracks posts. While the reviews go beneath the surface and often get into more specific details of the reach of Our Thing, just looking back at a random Tracks post from 2012 or 2017 sometimes yields insight we only get with time; either a trend we didn’t notice as it was happening, an artist emerging or changing up their styles or any number of other details which sometimes get lost in the mist of memory. If you’ve never dug into our archives, why not dig in by using the site’s search function with a simple prompt like “Tracks

Randolph & Mortimer vs. Operation 4.0, “Electronic Body Weapon 2”
Did you check out our interview with Sam from Randolph & Mortimer this week on the podcast? If not, go do that, then come back and check out this new drop from R&M in collaboration with London’s Operation 4.0. Like the previous Electronic Body Weapon single this one is a utility player, sitting alongside techno-body bangers, old-school EBM and general industrial playlists with ease. Proper thrasher indeed.

Protectorate, “Industrial Action”
The slightly more aggro incarnation of one half of Cardinal Noire, Protectorate won us over back in 2016 with a no-frills approach to electro-industrial on their debut release. New single “Industrial Action” is a slamming reintroduction to Kalle Lindberg’s work in case anyone missed it the first time around, and you’d better believe that that run-time is no accident. In addition to a stretched-out CN remix, check the anhalt treatment by fellow Finns Oldschool Union.

Harsh Symmetry, “Like An Opiate”
We dug US newcomer Harsh Symmetry’s economical and immediate approach to darkwave on the “Mirror Twin” single from earlier this year, and at a quick glance the debut Display Model LP looks to carry the project’s harmonic and hooky ease forward. Should appeal to those who’ve dug recent moves by Double Echo.

Hammershøi, “Sacerdoce”
French act Hammershøi put out a rather fun and versatile LP last year, scratching an itch for nervy old-school synthpop, synthpunk and wave sounds with sounding slavishly devoted to any one historical school of those genres. New single “Sacerdoce” (appearing on the forthcoming Miseria Upper Wave Selections vol. 2 comp) is very much in that same vein if even a little more acerbic; the tempo and disdainful vocal tone are here in spades, but still possessed of that French cool that makes ’em go down smooth.

Nuclear Sludge, “Unhuman”
Jimmy Svensson’s gritty, old school minded EBM project Nuclear Sludge returns with new single “Unhuman”, and we couldn’t be happier. Tailor-made for those who like their body music with some dirt and aggression in the style of Poupée Fabrikk or Blok57, it’s a groovy heavy hitter and a terrific addition to an already expansive list of self-released singles from the Stockholm project. We’re big fans of Jimmy’s swaggering vocal delivery, but there’s even an instrumental version on the single if you lean that way. Someone should sign this cat and put out a full record of this stuff ASAP.

Diesel Dudes, “Bus Boss”
We’d be loathe to speculate as to what real life incidents might have prompted this (Ironic? Earnest? Who can tell anymore?) missive from Diesel Dudes, but it’s full of the same concrete detail and roving EBM piss and vinegar which first drew us to the band. It’s the first new material from the band in about eight years – hopefully we’ll see them out on the road soon enough so we can all do some pushups in the pit.