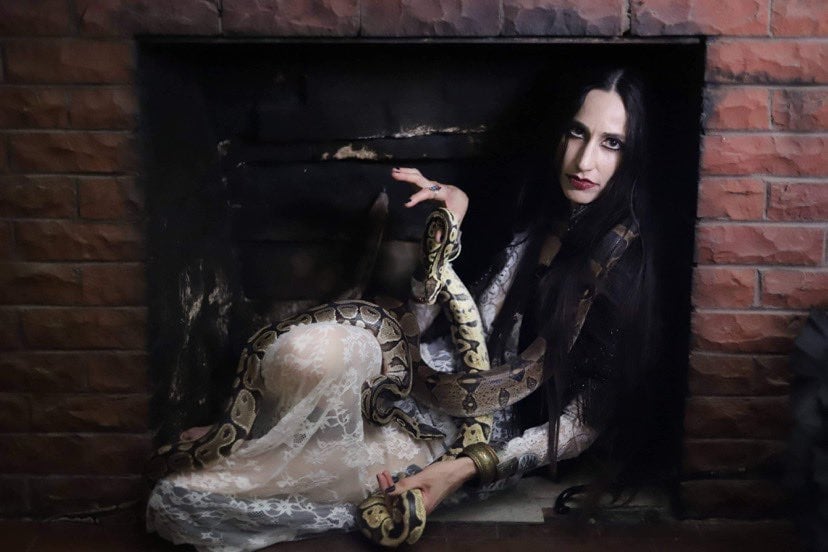 Would you believe that the Tracks post you are reading right now is the 2500th post here at idieyoudie.com? No? Neither did we until we crunched the numbers. While we’re very conscious of the passing of time (last year celebrating our tenth anniversary, and recently marking the 400th episode of the podcast), but for some reason that number of posts seems completely inconceivable. That said, the 2500th post is just another post, and we’ll hopefully bring you 2500 before we give up on this ludicrously long-lived endeavour. 5000 would be a good final post count right?

Bestial Mouths, “I Am the Spell”
Bestial Mouths have evolved a lot in the time we’ve been tracking them, shifting forms from a more traditionally oriented band to the one-woman incarnation of today. Lynette Cerezo is of course the constant, and it’s her vision and persona as a vocalist that has defined Bestial Mouths for the last spate of really excellent releases. “I Am The Spell” is the first we’re hearing from the forthcoming new LP R.O.T.T. (inmyskin) and it checks all the boxes; fraught, discomfiting singing from Cerezo, cracking percussion and rich, opaque atmospheres. Can’t wait to see this brought to the stage at Verboden in May!

Filmmaker, “Fictional Portrayals”
Need some motivation to get going on whatever creative or personal project you’ve had on the backburner? How about this: in the past five months Faunes Efe, AKA Filmmaker, has released three LPs and two compilations. The title track from new LP Fictional Portrayals shows that he’s not phoning it in, either: a tight EBM slammer with a bit more Belgian flavour than the Columbian producer usually brings, the slight etchings of acid in the corners of this track make it an easy DJ pick-up.

Landscape Body Machine, “No Cable 2022”
Scene heads and Vancouver club-goers may recall Landscape Body Machine’s classic “No Cable”, an electro club number based around a notorious and extremely NSFW recording left for the cable company. Having recently rereleased his excellent Structure LP, LBM’s Craig Huxtable has ginned up a new version of “No Cable” to shock and horrify your local dancefloor. All the filthy language your heart could desire, plus Huxtable’s typically terrific sound design and production, and a few remixes by Slighter, Caustic, The Gothsicles and Urceus Exit (!!!)? Cable’s back on!

Empusae & Shinkiro, “Ninth Ornament”
The last time we heard from Nicolas Van Meirhaeghe, he was bringing Empusae to the runway with an orchestrally-minded iteration of his rhythmic noise style. Now, he’s once again teaming up with Japanese dark ambient producer Shinkiro for a follow-up to their collaborative effort from a decade past. Organic.Aural.Ornaments II picks up where its predecessor left off, with a cinematic and kosmische-inspired reimagining of dark ambient. Pieces like this show off just how much movement, depth, and richness both producers are capable of bringing to a style often mistaken for being simplistically austere.

Pablo Bozzi, “Tornado Alley”
Pablo Bozzi’s already fired one of 2022’s cleanest shots with the Ghost Of Chance EP, which connected the body music instincts he brings to Imperial Black Unit with a flair for pure italo. Not content to sit pat, he’s just offered up Street Reign, which takes an altogether different tack. Mixing in some distinctly psytrance sounds we’re not sure we’ve heard from Bozzi before, tunes like this have us imagining an alternate timeline in which mind.in.a.box formed after meeting at a party on Goa in ’93.

A Perfect Error, “Straightline”
We’re long time fans of Cory Gorski, both as a person and for his work in Volt 9000, the oddball glitchy industrial project that has lived, died and been resurrected, maybe not even in that order. Still, it’s been a while since Gorski released a song-oriented album (last year he put out a record of horror movie interpretations as VHS Nightmares), which makes the first taster of an LP from newish project A Perfect Error extra exciting – you get Gorski’s low-key hooks, production style and distinctive worldview all wrapped into a catchy 4 minute number. Bring this one on, we’re ready. 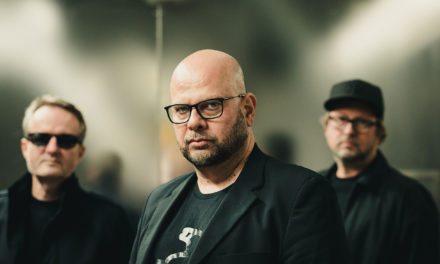 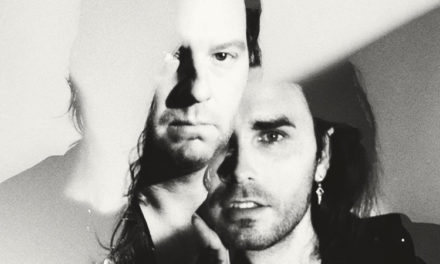