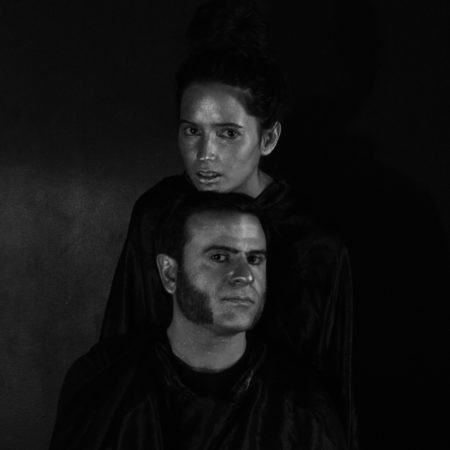 Another Bandcamp Friday has come and gone, and pocketbooks the world over are no doubt a little lighter for it. We’ve been big proponents of the “we give our cut to the artists” practice that started in 2020, for the obvious emphasis on supporting musicians, but also for how it got people excited to buy music on the platform. Like a lot of folks we know, we plan out what new and classic releases we’re going to pick up on BC Friday (the first Friday of every month natch), but this is a quick reminder that it’s always a good day to buy a record by an artist you love or have been meaning to check out no matter when. Give something a spin, see what grabs you. You might even find something in this week’s Tracks!

Dame Area in your area

Veil of Light, “The Prayer Wheel”
Swiss wave act Veil of Light have always been something of a unique quantity, their hard-edged and crunchy production and automated rhythms contrasting nicely with classic post-punk songwriting. “The Prayer Wheel” is the new single from the forthcoming Landslide and is a touch more lowkey than some of their other jams, but a close listen will reveal plenty of distinctive features; FM bass and synths, some smoothly layered percussion and a warbly melody give the track a slightly alien feel. Keep an ear open for this one.

Sonic Area, “Blowind”
The aggressive and fractious Chrysalide project may be over and done with, but we can still enjoy a very different side of Arco Trauma’s work. The first new Sonic Area LP in five years has just been released, and Ki comes with an ambitious conceit: exploring the titular Japanese metaphysical concept from a variety of perspectives. It’s tough to gauge exactly how that’ll be executed across a full record just based on this one pre-release track, but if nothing else this piece is reminding us of just how rich and evocative Trauma’s sound design chops can be.

Qual, “Life In The Mirror”
Qual’s 2019 Cybercare EP was pound-for-pound one of the strongest club releases of that year, and while we’ve enjoyed William Maybelline’s more broadly known work in Lebanon Hanover of late, we’re very glad that he’s continuing to forge ahead with his misanthropic dark EBM project. New record Tenebris In Lux drops at the beginning of March, and you’d best believe we’ll have some discussion of the full LP then, but until then we’re happy to be checking tense and fraught pieces like this, which perhaps point towards Maybelline’s desire to produce tracks which are “less songy and more textual journeys of cataclysmic doom”.

Newboy, “Florida”
Despite copping the Din LP upon its release, somehow the other new project from Greg Vand (ex High-Functioning Flesh) slipped us by. No matter – the self-titled Newboy tape is on the horizon to get us caught up to speed. From the sounds of this track, we’re in for a tape of lo-fi, tropical-funk body music, which is Vand’s exact wheelhouse.

Dame Area, “La Danza Del Ferro”
Spanish act Dame Area have been around for a couple of years now, but the new record Ondas Tribales is their first for Mannequin Records. Easy to see why the label (who specialize in left of center wave releases) would be interested in them, as the duo make punky, percussion based tracks that make use of drum machines, live percussion and chatted vocals. It puts us in mind of classics from Crash Course in Science and Liaisons Dangereuses in its focus on awkward funk, a timeless sound that gets by specifically because it’s slightly off-kilter.

Glass Apple Bonzai, “War Boys (Razorback Hollow remix)”
The always prolific Daniel Belasco has a new Glass Apple Bonzai remix LP out, and with a line-up of contributors that would have grabbed our attention even if we weren’t already devotees of the Canadian synthpop phenomenon. Sure, there are mixes by Grendel, The Rain Within, Nite, V▲LH▲LL and Esoterik, but we’re most taken with this cut “War Boys” remixed by DXB himself under his post-industrial/EBM guise Razorback Hollow, splitting the difference between Cabs and Portion Control, and GAB’s own sweet synth leanings. Oh what a lovely day!