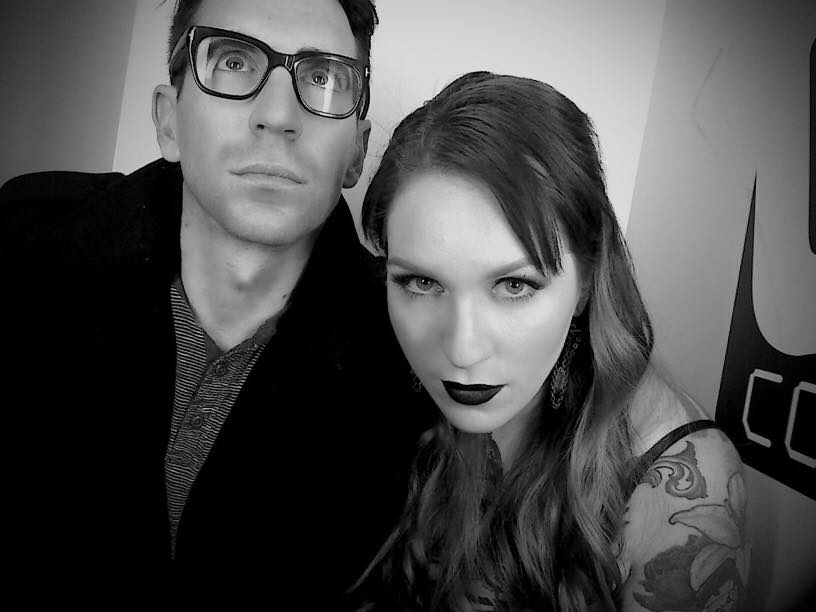 Was anyone else torn, as we were, by the pricing of Dead Can Dance tickets this past weekend? Truth be told, admission wasn’t all that steep for an act of DCD’s vintage and popularity, but the dichotomy between seeing Brendan and Lisa perform for a now firmly middle-aged demographic in a plush theatre and checking out three or four up and coming acts at a dingy art space for a literal tenth of the cost says something about how Our Thing has and hasn’t been subsumed into broader culture. Are these disparities reflective of difference of aesthetic accessibility, or is it just a matter of sticking it out until your audience becomes sufficiently old and bourgeois to be able to shell out the big bucks? A possible topic for a future podcast, perhaps, but let’s cut through the navel-gazing with this week’s tracks.

Christian Death, “Spiritual Cramp (Creux Lies remix)”
Cleopatra records has been making money off of Rozz Williams-era Christian Death remixes since time immemorial, a practice that has yielded both club gold (see the Lights of Euphoria remix of “Sleepwalking”) and straight garbage (see most of the rest). We’re happy to have Creux Lies deliver a version of “Spiritual Cramp” that sticks the landing, with a big propulsive bassline, spooky keys swirling through the mix and a terrific interpolation of the chorus. If Cleo is gonna commission these mixes, they should all be this good.

Vore Aurora, “Slate”
Reliably great American darkwave from Vore Aurora, a band we’ve rapidly come to expect good things from. Like the tracks on last year’s excellent Eidolon the song is carried by rich electronic bass and Alizeh Dahl Winter’s tremendous vocals, but we’re hearing some more rich and timbral sounds in the mix. It’s a substantial song that feels much bigger and grander than it’s 4 minute run-time would suggest. You can get the track on a forthcoming vinyl comp from Spain’s Oraculo records, up for pre-order now!

Spectres, “Northern Town”
We’ve been able to witness the progressive emergence of a more elegant and harmonically driven side of Vancouver peace punk heroes Spectres via live shows over the past couple of years, and the band’s finally on the brink of unveiling that new iteration to the larger public. The flip-side of forthcoming single “Provincial Wake” showcases all of the dreamy yet explosive melody and emoting they’re jamming into their new work, all in under four minutes.

C/A/T, “Broken Trust”
Ben Arp’s return as C/A/T after a few years away has been welcome. Having cut his teeth as a producer of rhythmic noise and hard-edged industrial sounds, Arp has brought a lot of the atmosphere and groove of his work in the decidedly different Corvx de Timor back to his most well-known outlet. The result is a track that bangs as hard as you would expect, and has the scraping texture, but also grooves hard and builds out some wider atmospheres.

Worms Of The Earth, “Meeting The Great Sorcerer Thoth”
Don’t let the excellent revisiting of his rhythmic noise work or the throwback aggrotech project Venal Flesh fool you: Dan Barrett of Worms Of The Earth is still pushing his core work forward into ever more arcane and theosophical corners. The just-released WotE LP Netjer looks upon first pass to be an intriguing hybrid of ritual dark ambient and surprisingly accessible melody, all swaddled in top-notch atmospherics. We’ll have a full review up shortly, but dig in for yourself with this number.

Syntet, “När jag mår som bäst”
Via a second-hand recommendation from the boys in Container 90, here’s some tight and melodic Swedish minimal synth. The current project of veteran EBM/industrial experimentalist Tomas Zackarias Westberg, this number zeroes in on the lithe and poppy sensibility that makes so much SwEBM irresistible to us, with an especially stripped down style. The PR copy suggests parallels with the earliest of 242 material, and we’d have to concur.