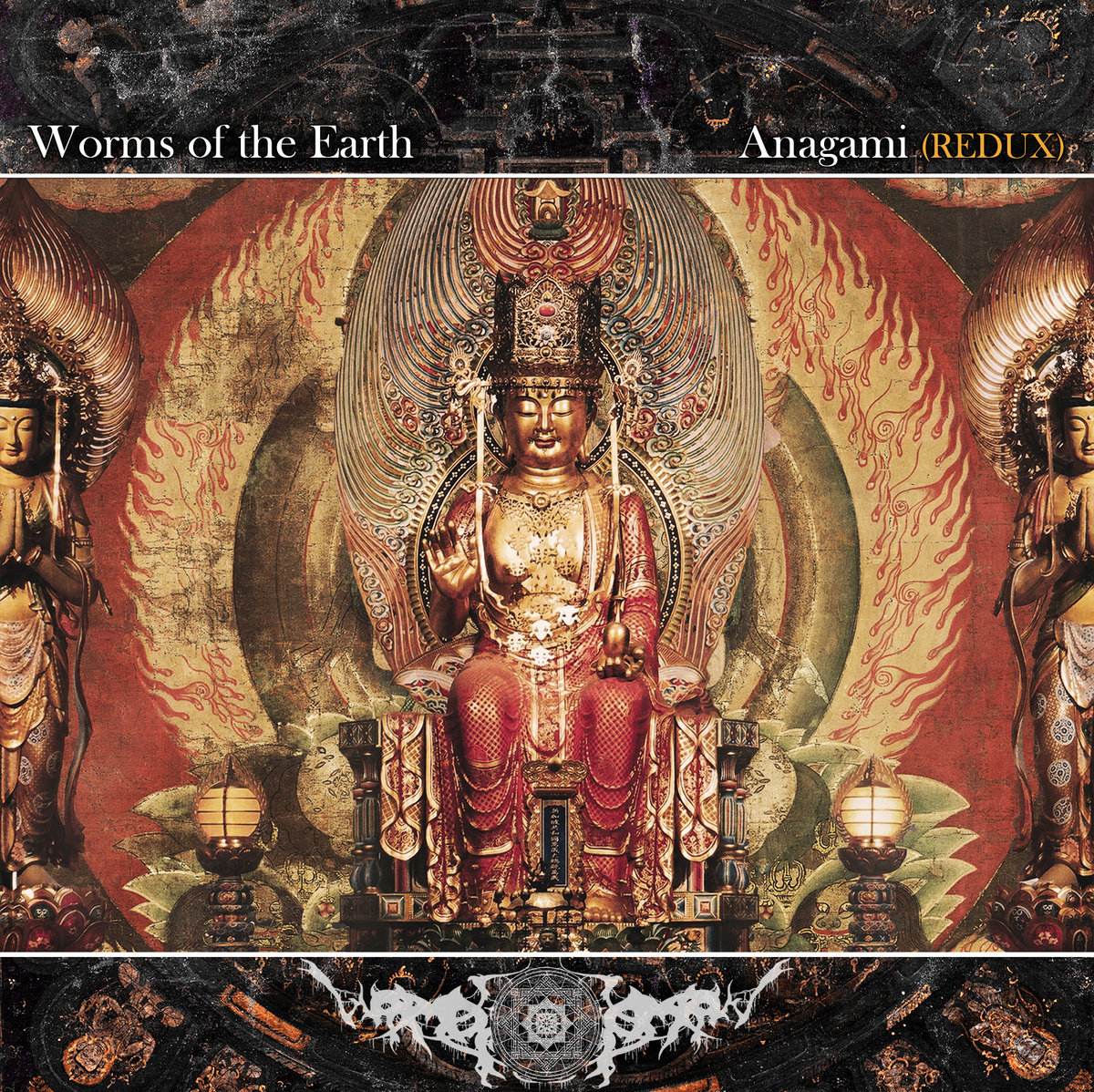 Replicas is the handle we use to write about reissues and archival releases, offering some thoughts on the original material, and whatever additional goodies or format shifts may have been appended. This week, a not-so-old rhythmic noise release receives a radical revision… 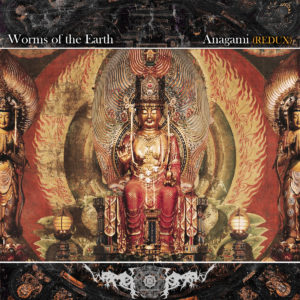 What is it?
Worms Of The Earth’s 2012 LP Anāgāmi marked a change for Dan Barrett’s rhythmic industrial project. Not only were its compositions more ambitious and considered, but thematically the record was aimed at decidedly spiritual themes, a move aided by the implementation of acoustic drums and chimes. With the dissolution of Tympanik, Anāgāmi‘s original label of release, it’s not surprising that Barrett would want to reissue it on his own terms. But those terms turned out to be far, far more drastic than a simple remaster and reupload. Instead, Barrett has reworked and rewritten each and every song to various degrees, to the point that some (as outlined in the painstaking liner notes) are functionally new tracks.

What’s on it?
The renovations undertaken on Anāgāmi Redux are apparent from the get go, though they don’t always rebuild the song in the same style. Sometimes they’re grounded in ceding rhythmic arrangements to club concerns (“Enshrined In The Sacred Stones”), sometimes they’re taken as an opportunity to correct structural flaws Barrett was never content with (“Ceaseless Suffering”). The album’s blending of subgenres is correspondingly refreshed; the IDM ambitions of Barrett’s oft-overlooked Ghosts Of The Clocktower side-project come into closer view via some pinched and wet programming on “1st Jhāna” and “2nd Jhāna”, for instance.

As if a complete revamping of the original LP wasn’t enough, Barrett’s tacked on a trio of hitherto unreleased dark ambient tracks in the mood of Anāgāmi, along with a slew of edits, remixes, and collaborative tracks. Hell, there’s even a good old fashioned hidden track (an extended collaboration with Gydja) which has to be ferreted out of the download via some simple ciphering. Factor in the aforementioned liner notes and there’s a wealth of new music and insight spread across nearly two and a half hours.

Who should buy it?
Fans of either rhythmic noise or tribal industrial are likely to enjoy the core tracks whether they’ve heard the original Anāgāmi or not, and there’s certainly no question of value for money. But above and beyond the music itself, I’d strongly recommend the record to electronic artists interested in process. In the liner notes, Barrett offers invaluable insight not just about what he changed about the record, but also why. He’s not afraid to look critically at his own work and ask tough questions, whether those are are somewhat abstract questions regarding mood or goals, or very tactile ones concerning the processes and gear involved. There’s a lot to be taken from those inquiries, and in comparing the original record with this redux, there’s also an excellent object lesson in what they can yield.