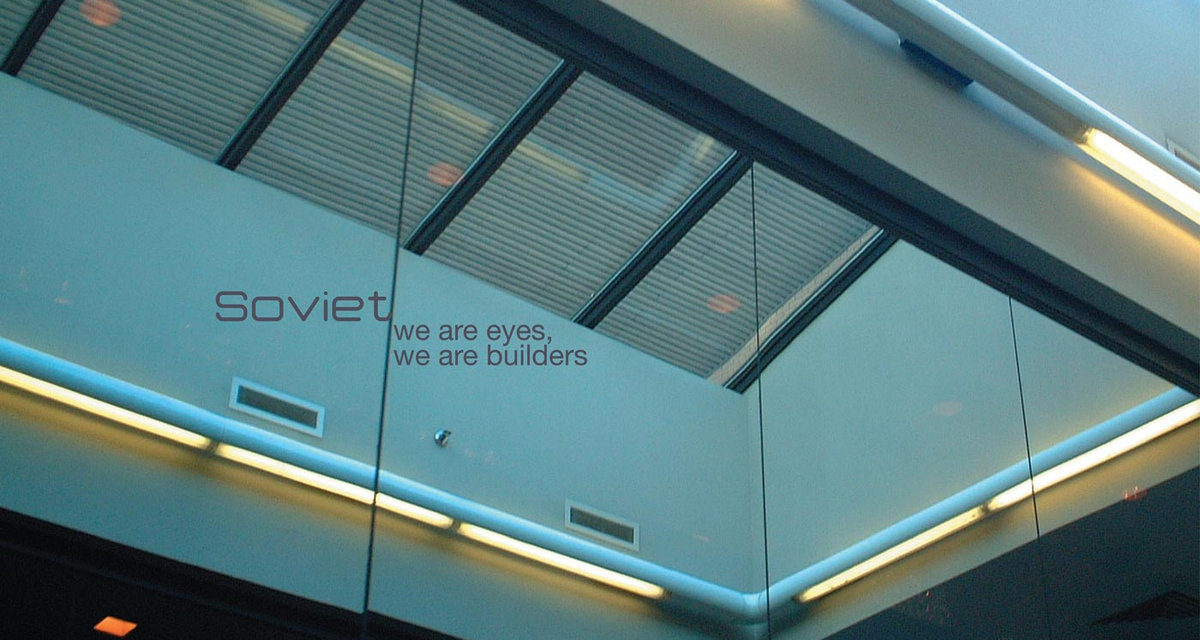 Replicas is the handle we use to write about reissues and archival releases, offering some thoughts on the original material, and whatever additional goodies or format shifts may have been appended. This week, an oft-overlooked millennial synthpop classic… 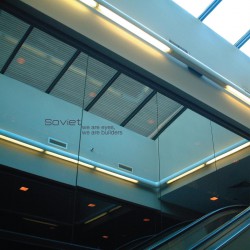 Soviet
We Are Eyes, We Are Builders
Medical Records

What is it?
The 2001 debut of Keith Ruggiero’s Soviet came at an odd time in synthpop history. Broader appreciation for the genre had recapitulated itself in the woefully ill-defined form of electroclash, which often ended up splicing the most obvious of 80s markers with contemporary club trends. True-school acts who had weathered the 90s were so far underground as to be subterranean, and the goth/industrial world which had always been receptive to the genre was busy gussying up 90s trance under the futurepop rubric. In contrast, We Are Eyes, We Are Builders was definitively based in the roots of the genre, with big and bright pastel smears of synths and slightly funky drum programming, but also had a contemporary attitude at points, perhaps even drawing upon the more recalcitrant side of Britpop. Either way, Soviet didn’t really slot into any of the contemporaneous synthpop pictures, and a quirky but also deeply emotive record like We Are Eyes stood out to some likely for the exact reasons it was ignored by others.

What’s on it?
Medical Records are serving up a double-LP version of the record, which uses the track-listing from the first CD pressing, but the art from a subsequent one. The remastering job by Martin Bowes (certainly someone who would have been able to track all of the above synthpop currents and their origins) is bright and warm, punching up tracks like “Circuit Love” and the instrumental OMD-pastiche of “l’Objectif” with a bounce which was apparent in the original songs, but was somewhat muted in the master. I’m pretty sure I’d never caught the pinging tick-tock synthline that sits way in the back of “Sensitive” until now. Real studio work above and beyond the hummable quality of the tunes went into this record, and it’s great to have a version of it which brings all of that subtlety out. That said, the alteration of opener “China” to end with a fade-out felt rather jarring after being so familiar with its original coda.

The D-side of the set’s made up of unreleased songs which aren’t as polished as the core track list but offer some interesting insight into Ruggiero’s process. “Frantic” reads like a simultaneous vocal homage to Jarvis Cocker and Neil Tennant while field-testing the melodic sweep of “Marbleyezed”. Somewhat puzzlingly, the two tracks which were swapped in for others on the aforementioned second CD pressing aren’t included, but the physical limits of two LPs might be a factor there. Perhaps most importantly (for me, at least), this pressing of the record includes the simply heavenly remix of “Modern Love” which was never included on either CD pressing of We Are Eyes. I’ve been unable to find any indication of it appearing on singles or compilations, so I have to assume that the friend who put it on a mix CD for me fifteen years back must’ve found it on Soviet’s mp3.com page or some other long since abandoned platform. As grandiose as the original, LP-closing version is, the remix somehow condenses everything which works about Soviet into three and a half minutes.

Who should buy it?
As I implied when I pitched We Are Eyes to Alex, a larger sense of where the record falls in the history of synthpop makes it an interesting piece for students of the genre to research, but the combination of strong fundamentals in and breezy play with synthpop gives it a broader appeal. The fresh coat of paint supplied by Bowes, plus the bolstered track list offers value to long-time aficionados, but also puts the band’s best foot forward for those just coming to this off-the-beaten-path gem.