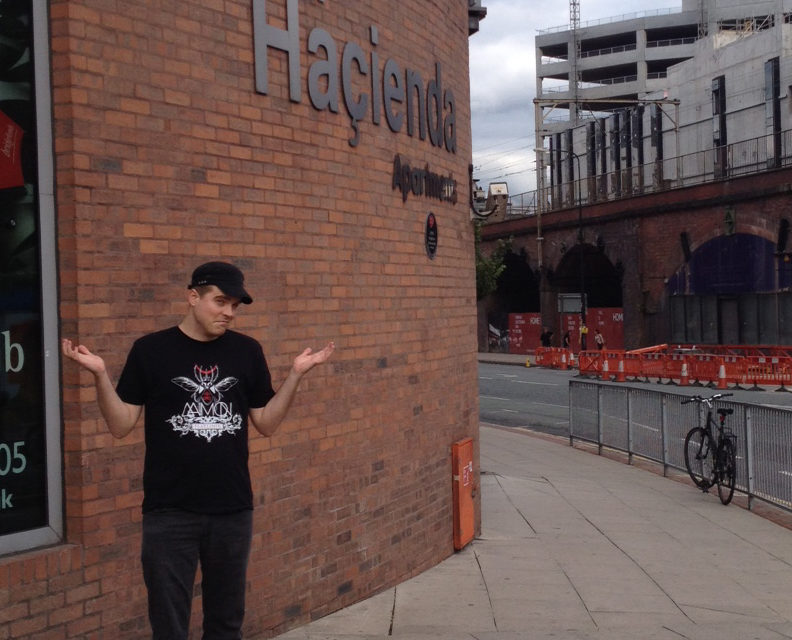 Hey gang, it’s yr prodigal ID:UD writer pal back from the British Isles. Before I go any further, I need to give a huge shout out to Alex for keeping the home fires burning while I was away. We’ve both taken time off for trips in the past, but this was likely the longest departure either of us had taken since we started the site, and my fast-moving (and often wholly offline) travel schedule meant I wasn’t really able to contribute much of anything to the site for that time. There’s precious little more either of us like doing more than talking and writing about music, but August proved to be a pretty labour-intensive month for my pal, and I owe him more than a couple of beers. As for my trip, I’ll hold off on any anecdotes salient to our affairs at the site ’til the next podcast (but seriously, I saw Kate Bush play, I saw Kate Bush play, I freaking saw Kate Bush play), and do my best to get back into the swing of things round here, starting off with a fresh brace of tracks! 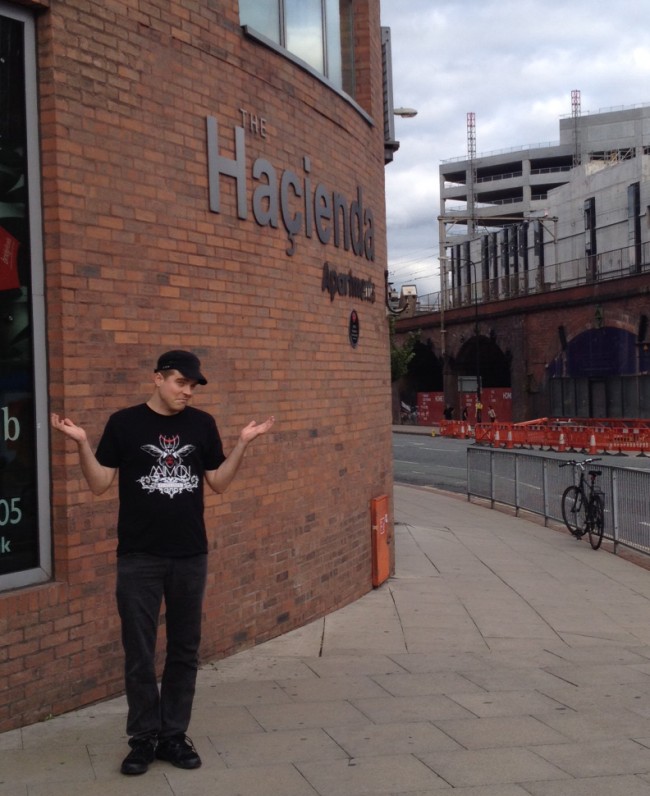 I showed up a tad late to catch Madchester.

Chrysalide, “Question Everything”
France’s Chrysalide certainly got a good deal of mileage from 2011’s Don’t Be Scared, It’s About Life, with it getting a subsequent North American release and slowly building an audience for the trio’s abrasive programming and vehement barks. Although their recent show at Terminus very much felt like a North American “arrival”, there’s been more than enough time to prep a new release, and here’s the first taste. Maybe a bit more even keeled than some of the more spastic moments on Don’t Be Scared, “Question Everything”‘s a free download from Dependent in anticipation of Personal Revolution. Watch this space for a review, natch.

In Death It Ends feat. Usher (Norma Loy), “Ghostrider 2014”
Skimming the tracklist of Unknown Pleasures’ tribute to Suicide should get readers’ hearts aflutter. Much like Weyrd Son’s Snowy Red tribute, it’s invigorating to read a litany of varied younger acts (Distel, The Present Moment), think about the debt that each of them owe to Rev and Vega’s trailblazing, and then think about how they might tackle such classic material. It’s not just young bucks, though, with Absolute Body Control and Gabi Delgado getting their kicks in as well. Should be cool to hear how this cast of characters tackles Suicide’s perennially relevant and evocative catalog.

D/SIR, “Laudanumist (Featuring Nodigga)”
We’ve featured a couple of remixes by LA duo D/SIR on these pages, but it’s high time we started paying closer attention to their own original work. New by-donation single Aorta apparently presages a couple of longer EPs, but there’s plenty of soft, slightly draggy loping magic to be found on these three tracks in the meantime. If you dig how the likes of SURVIVE and Mend are able to pull hints of warmth from the electronic aether, this is probably up yr alley.

Gnawed, “Burning The Hive”
Minneapolis producer Grant Richardson dishes out the harshness, riding the fuzzy and napalm blasted line betwixt power electronics and and death industrial. While there’s the odd concession to droning passages which could be taken for dark ambient being played through a seriously fucked PA, on the whole Gnawed lives up to the implications of its name. More great stuff from Malignant, who have this end of things on lock in North America.

Ghost Actor, “Margin (Th. Tot Remix)”
Vienna’s Ghost Actor are putting the cart before the horse, releasing a remix album of their debut proper…a couple of months before that’s even dropped. Tense work here which isn’t too far off from Kirlian Camera’s more fraught moments or perhaps Prosymna. The remixers are very much within and around the aufnahme und wiedergabe camp (In Death It Ends, Mater Suspiria Vision, Distel, etc.), and from the little taste of Ghost Actor’s aesthetic we caught on a single at the beginning of the year, they seem a good fit. That said it’s still a fool’s errand to try to work backwards from these mixes and determine the direction of the forthcoming Unfold release. Again, watch this space.