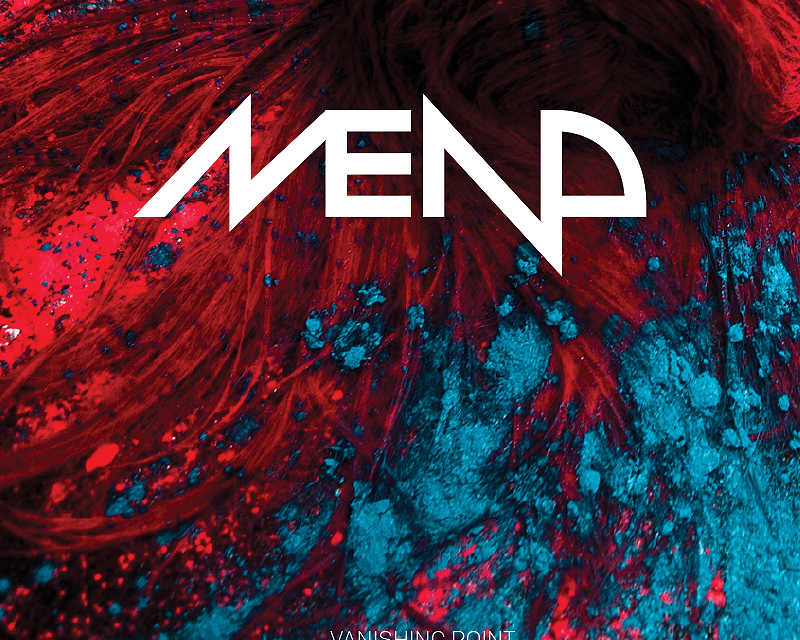 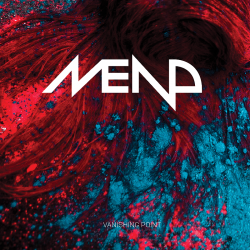 With only one demo and a few other assorted tracks to their name, it’s impressive how quickly and effectively Chicago IDM-esque duo MEND established a distinct aesthetic, to the point that their proper debut feels like a consolidation of those brief glimpses, or even a continuation of “their sound”, as new to us as it is. That might have something to do with how homey and approachable Vanishing Point is. For all of its squelchy tics and spacey atmospheres, there’s something familiar and even comforting about the moods created by Kassi Cork and Max Glascott, a tension which lets the listener switch between intrigue and relaxation while navigating Vanishing Point.

That tension’s mirrored in the apparent binary between Vanishing Point‘s uptempo pieces and its more chill fare, that construction falling away after a few listens, or perhaps melting and merging at several happy junctions. Brief introductory track “On The List” points clearly to the former mode, all rubbery bass and springy programming fused to a tight and squared-off beat, but follow-up “The Island” shows a broader (if more classically IDM range of sounds), starting off in that ‘stuttering yet airy’ zone which so many millennial IDM records put to good use before seguing into some 2-step garage of the same era.

For my money, it’s on the tracks where Cork and Glascott’s sound design is given space, regardless of tempo, where MEND’s chops truly come to the fore. “First Breath”‘s sliding wind-up toy sounds slowly lope around low drones and washy filters, with each sound seeming to cycle to the front of the headphones before giving way. The subsequent title track wonderfully juxtaposes Cork’s love for impressionist piano against a warm Moog. It feels like something which has been inhabiting your life for years, but which you’re only now recognizing as being profoundly alien, or at least independent of your own personal narrative. On a less dramatic note, the more beat-oriented “Edgar” shows how MEND can offer trips while staying in a steady groove: wet sequencing and programmed plucked strings frolick over head-nodding bass, again feeling simultaneously comfortable and eerie.

I’ve found that Vanishing Point often ends up feeling longer than its forty minute run-time, though it certainly never overstays its welcome. If I had to hazard a guess, I’d guess that the funhouse world Cork and Glascott concoct feels so much of their own construction, so willing to revel in its own sense of kooky joie de vivre, that its motifs gain a sort of hypnagogic deja vu: MEND know who they are so well that, by association, the listener (new or comparatively old) is lulled into that same familiarity. Like I said at the outset, there’s an uncanny balance between the familiar and the foreign which is worked on Vanishing Point‘s tunes. Ideal for those who’d like to visit Neptune without leaving the living room, Vanishing Point is fun, weird, and utterly beguiling.