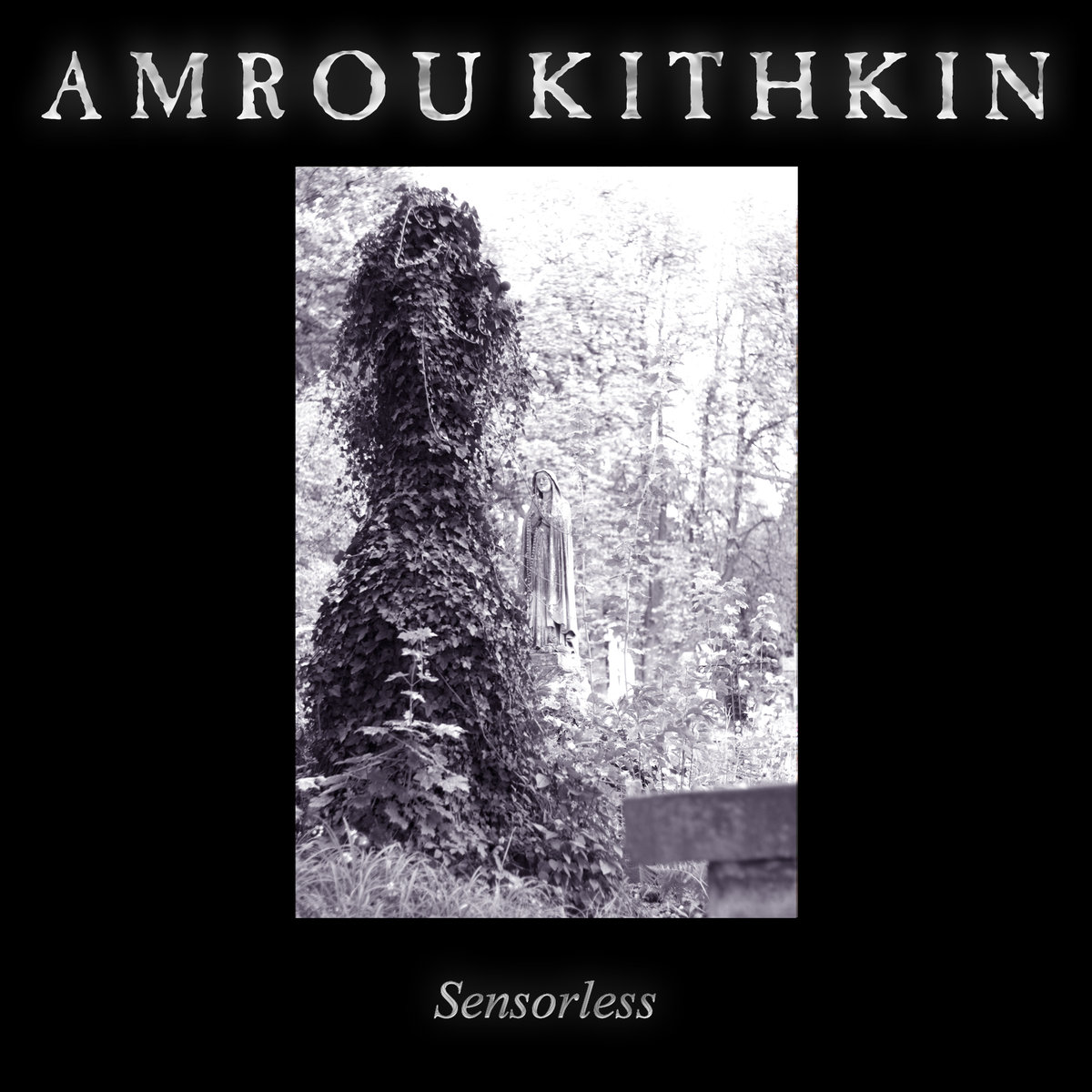 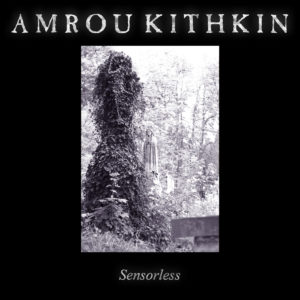 While self-advertising as “synthgaze”, the connections between Polish duo Amrou Kithkin and various shades of darkwave and dream-pop have been tangible since their first releases some four years ago. Sensorless, either a very short LP or a very long EP depending on how one squints at it, is their most overtly gloomy work to date, and while it makes explicit use of familiar genre stylings, the band have been around for long enough to ensure that their own character isn’t overshadowed.

There’s a more explicitly goth flavour to Sensorless, as the font switch to Caslon Antique on the album art perhaps presages. The stern and pensive approach to otherworldly business on opener “Spectral Violations” could be connected to the somber bluntness of recent Lycia, but the synthwork woven in keeps it from falling into the pitfalls of derivative darkwave.

Amrou Kithkin remains a relatively lo-fi, bedroom-sourced affair and that comes with a tradeoff of charms and pitfalls. Bartek G. Wrona’s vocals sometimes have a welcome and weary creak (as on “Mirana Revisited”), but at times that same quality allows him to be pushed out of frame (“Dead In Heaven”). The same goes for the drum programming – at times its thin and skitterish sound fits the waif-like tone of the material, while at other points you’re wishing for just a bit more oomph to add some dynamism. Closer “Isomorph Protocol” has just about all of the hooks and charisma needed for a classic goth rock stomper, but just needs a bit more, well, stomp.

For a band with such a stripped down presentation, Amrou Kithkin know how to establish mood quickly and effectively. The stark and bracing “Hunter’s Requiem” and “The Frigid Vague” are perfect autumnal nocturnes. The former infuses a restless and roving goth rock groove with dreamy ease, perhaps recalling Lowlife, while the latter instrumental makes the most of some transitions between icy key leads to build up a real sense of space and progression.

Balancing tension and lushness, aloof iciness and enveloping warmth, Sensorless manages to pack a solid amount of darkwave thrills into a tight package. Amrou Kithkin still aren’t the showiest or most strident of acts, but they’re learning how to bring their guileless charm into focus.