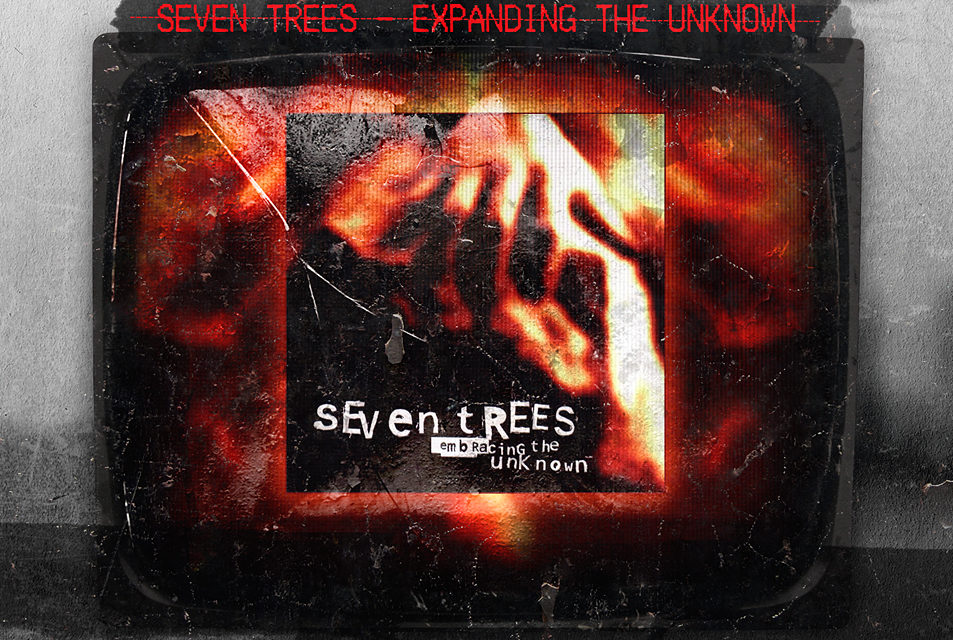 Replicas is the handle we use to write about reissues, offering some thoughts on the original release, and whether or not there’s enough goodies to warrant a repurchase if you own a previous version of the album. This time we’re dipping into Infacted’s Classic Series for a look at a semi-obscure dark electro album from the late 90s… 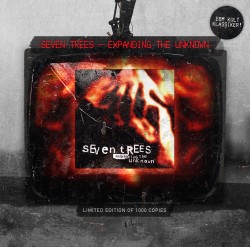 What is it? As legend tells the story, Swedish dark electro group Seven Trees’ demo was picked out of a box of discarded tapes in the Zoth Ommog offices by none other than dark electro-godfather Claus Larsen. That particular bit of happenstance led to the release of their sole album Embracing the Unknown in 1997, a record which, while somewhat obscure on this side of the Atlantic (in spite of being licensed to Metropolis during the label’s salad days), has accumulated a small cult following amongst industrial heads for its doomy atmosphere and expert deployment of the standard dark electro tropes.

Tracks like “Stale” and “Going Down” are about as classically 90s as you can get: tight, rounded basslines locked to super quantized kicks, with sweeping pads, synth strings and menacing vocals bringing the baroque atmosphere found in the various strains of European electro-industrial of the era. Seven Trees’ numbers have a pleasant “less is more” vibe to them, melodic elements appearing on cue, then fading away allowing the rhythm to take the reins or signaling a new (or the return of an earlier) synth motif. I have no insight into how these songs were written or recorded, but they certainly sound like a product of pattern based sequencing to me, minus the “muting and unmuting parts” style of arrangement endemic of that workflow. The last track from the original recording, “Desire Slowly Bursting”, reaches out further, including a more desperate and emotive sounding vocal on the chorus and some brash, unrestrained guitar chording, intriguing hints of what might have been to come if a follow-up had ever been recorded.

What’s on this reissue? Infacted’s Classix series is pretty loose format wise, alternately taking the form of curated best-ofs, collections of singles, or full albums with related miscellany. Expanding the Unknown is the latter, including all nine tracks of the original album, along with an additional eight songs drawn from demos and compilation appearances. While those additions are nice to have (the plodding “Final Spasm” is especially neat), the real star of this release is the remastering job by Tobias Ersson, replacing the muddy and opaque original mix with a breathy and transparent one that allows each individual sound to retain its form and function. 90s dark electro releases often suffered from crummy or rushed sounding mixes to the point where it’s almost been woven into the DNA of the genre, a charming artifact of a specific era and a signpost of authenticity. Still, one listen to the handy video some kind soul has uploaded to Youtube with a comparison between the original release and this version should erase any doubts as to the necessity of a remaster or the potential loss of some intangible in the process; it just sounds better.

There are no liner notes or anything to offer perspective on the album, although for a band situated in a niche that exists within another niche that’s not terribly surprising. Apparently some iteration of the group has reformed and is prepping new material; this CD should serve as a handy reference to who they were and what they did.

Why should I buy it? If you’re a 90s dark electro head, or interested in the more obscure corners of industrial’s second golden age, you could do far worse. It’s quite listenable, and picking out the various strands and influences is fun. The audio clean up makes it a worthwhile investment for those who have already had the pleasure, and with the current vogue for classic EBM in full swing it’s good to see releases like this get a proper moment in the sun on CD and Bandcamp in anticipation of the inevitable moment when eyes turn to the darker corners of the past. Of course it’s questionable how much appeal Expanding the Unknown will hold for anyone outside of the initiated, but that shouldn’t deter anyone with a modicum of curiosity: it’s a fine album from the middle history of Our Thing, and is deserving of some attention.