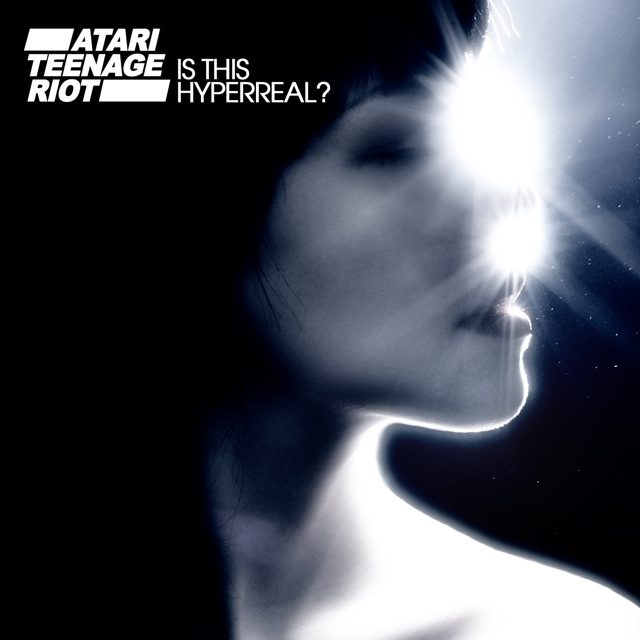 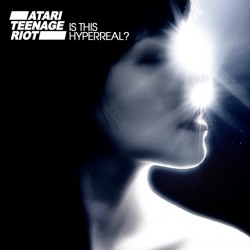 I’m a devotee of Alec Empire and company. Growing up where I did, largely isolated from people with similar musical interests and with no inkling of any kind of “scene” to consider myself a part of (disaffected from the punk revival and turned off by the rave scene’s insular and incestuous nature), Atari Teenage Riot conjured a bigger world for me. I remember vividly my reaction the first time I was exposed to them via the basement show video for the Sham 69-sampling “Kids Are United”; “I don’t know who this is, or what this music is about but I want to be a part of it!” Didn’t matter that Berlin might as well have been on the moon proximity-wise, their particular brand of youth-oriented rhetoric made me feel included in something. Given that, I’m not able to be particularly objective about a new Atari Teenage Riot record, so take this review for what it is, a biased take from an avowed fan.

Is This Hyppereal? is a strange beast by ATR standards, not because it expands into strange new territory, but because it actually plays things comparatively safe from a sonic perspective. On the group’s last pre-hiatus outing 60 Second Wipeout the influence of member Nic Endo brought a chaotic and unstructured element to the group’s hybridized punk/gabber assault, one that is largely missing from Is This Hyperreal? The songs here feel like direct descendants of the ones on 1995’s Delete Yourself, smoothed out production-wise and drawing from a larger range of sounds, but adhering to the group’s definitive formula: shouted male and female vocals, caustic guitars and electronics that land firmly on the wrong side of danceable. That’s not to say that it’s a staid affair by any means, the energy and intensity is there, just that they’ve settled into deepening their sound rather than redefining it’s borders. You can’t fault Atari Teenage Riot for making an Atari Teenage Riot record, and in fact it benefits as a restatement of ATR’s purpose. 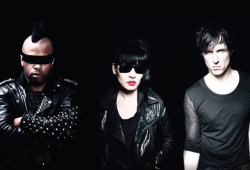 Album opener “Activate!” sets the pace with Endo (replacing the departed Hanin Elias on vocals) and Empire trading off lines decrying government control and urging action, with the occasional interjection of new member CX Kidtronik over a vamping, propulsive bassline. That mode is revisited on the frantic “Re-Arrange Your Synapses” and the slower but no less confrontational “Black Flags” to good effect, the latter featuring Alec’s matter of fact-style sloganeering on the subject of class warfare. It should probably be noted that outside of their usual topics of revolution, state control and combating the faceless powers that be, ATR seem unusually concerned with internet and hacker culture. Stand-out “Shadow Identity” posits a world where our public persona and internet face are in conflict, with Endo asking the quite pertinent question “Who do you want to be and why?” over a bed of unexpectedly lush synth pads whereas Steve Aoki collaboration “Codebreaker” is a straight up paean to hacker culture. It’s most pronounced on late-album track “Digital Decay” a not entirely convincing attempt to urge folks off the net, as if . No one could ever accuse the group of subtlety, but in a musical landscape where very few if any artists are addressing these topics in anything less than oblique terms it plays as genuine calls to action. Which is not to say that some of the views expressed aren’t facile or half-baked, even a devout fan is likely to smirk at the line “Some believe the every day mobile device is as powerful as a nuclear hand grenade when it comes to starting a revolution!” That’s the nature of the beast though, ATR has always been about making political statements as inflammatory as their music, and with the busy-ness inherent in what they do musically, ideologies are gonna get condensed, if only so they can find space to fit in.

Despite sticking to what they’re known for doing, there are some notable steps outside their wheelhouse. The title track is likely one of the best compositional moments in the group’s history, little more than a bassline and sparse atmospherics ending with Empire directly addressing the German government (in German, natch), a frisson worthy moment that relies on build far more than bombast to make it’s mark. Elsewhere, final song “The Collapse of History” revolves around an unexpected but still welcome choral chant that rouses the sense of mythic finality promised in the song’s title. These diversions are few and far between but show promise for growth from within the boundaries they’ve chosen to operate in. Is This Hyperreal? is an invigorating listen, one that suggests that the band that so captivated me as a teenager is still capable of bringing something relevant and unique. Far from limply appealing to nostalgic interests it’s a revitalized effort that reaffirms their role; for better or worse ATR are agitators and I wouldn’t wish it otherwise.