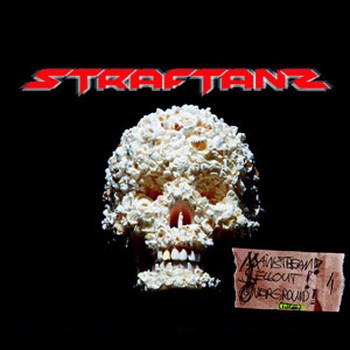 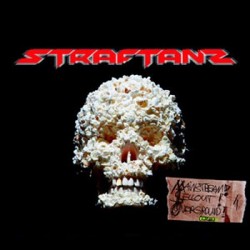 Straftanz’s second full-length album is an example of the struggle of forward thinking producers to eschew the creative no-man’s-land of club-oriented electronic body music. Never as open to auteur based songwriting as the best synthpop, or as free from traditional song structures as techno and it’s descendants, the genre as a whole tends to exist in a grey area between the two, still adhering to verses and choruses while placing the all-encompassing beat ahead of melodic considerations. On Mainstream Sellout Overground Straftanz face the challenge posed by those restrictions by playing with a wide variety of musical tropes, both electronic and non, with varying results.

The modus operandi of MSO is to start with the Straftanz’s most recognized form, upbeat electrofied EBM, and then spike that with some extraneous production element or instrumentation. It’s not a subtle tactic by any means, relying as it does on the “What the hell?” factor to prick up the listener’s ears but it does pay dividends. “Turbo” starts as a catchy if rote bit of banging club fodder before the transplant of a sharp cascading synthline that feels entirely alien to the song appears at the halfway mark and puts it over the top. Similarly, the choppy sampled guitar riffing on “The Bass Below” suggests early KMFDM before a sneak attack in the form of a massive hoovered-out lead that comes out of nowhere, mutating the song it into a dancefloor monster.

Unfortunately the problem with the gimmick becomes apparent when Straftanz doesn’t fully commit to it. Several of the songs feel like the group would have been perfectly happy to leave them as standard boiler-plate club songs but added some filigree for its own sake. “Monkey Do, Monkey Say” features a silly synth guitar solo that does little to make the song stand out from any number of other 4/4 bangers of it’s ilk, whereas “Alle Reden Vom Wetter (Boom! Mord!)” fails by not pushing it’s garage rock organ and orchestral samples hard enough. “Die Neue F Klasse (Ein Panzerlied)” fares better with a gnarly electro-flavored bassline that serves as the song’s focal point, instead of an element of contrast. Alternately, when the group steps out of it’s comfort zone entirely as it does on the futurepop number “Forward Ever” (which comes complete with a generic trance breakdown), and the mostly instrumental stadium techno-influenced “The Enchantment”, the results feel forced and out of place.

Mainstream Sellout Overground isn’t bad by any means, even its least interesting moments are well-produced, and it’s hard not to admire Straftanz’s moxy; they could have probably banged out a dozen competent but unadorned club jams and called it a day, but made the effort to do something more outlandish. That sense of essay is endearing, although the record does suffer from a lack of cohesion because of it. In a climate where even the most well-crafted albums are cherry-picked of their best moments for consumption on your ipod, that’s not a critical flaw. MSO serves as a delivery mechanism for a few really good numbers and some not totally unsuccessful creative explorations, at it’s best it suggests a group with ambitions beyond what comes easily to them. 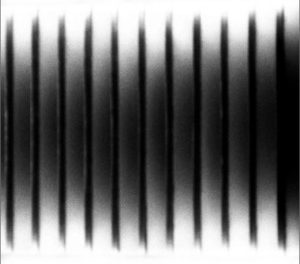 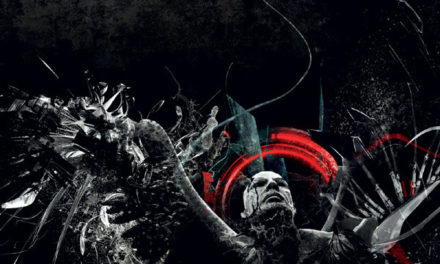