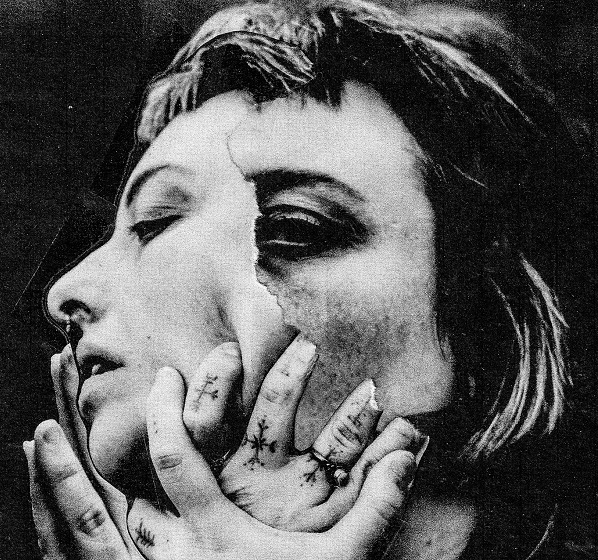 Catching live sets from Rhys Fulber, Front 242, New Order and the Pet Shop Boys made for a jam-packed weekend of sets from long-established acts, and also brought out plenty of folks we haven’t seen in years to the shows. There’s a lot of discussion right now about the financial viability of touring and whether legacy acts are the only ones able to make it work. It’s a topic much deeper than a quick blurb like this, but gives us the opportunity to remind folks to check out younger acts hitting the road (like Minuit Machine and At The Heart Of The World and Kaelan Mikla) as well as longstanding ones. On to this week’s tracks, replete with young and hungry acts (and one -very- old one).

Laibach, “Love is Still Alive”
If we were to tell you that Laibach’s teaser for their new concept record about humanity fleeing earth for Mars was a cosmic country ballad, complete with pedal steel and organ, you would believe us right? Of course you would, Laibach doing weird, unexpected shit is basically what has kept them interesting for 40+ years, and while we must admit that hearing Milan deliver the lyrics to “Love is Still Alive (Moon, Euphoria)” is mildly jarring, it’s also a pretty catchy little tune. Another intriguing what-the-hell moment in a catalogue full of ’em.

Mala Herba, “Niedola / Woe”
The new EP from Mala Herba makes a bit of a left turn in the Polish artist’s path. Veering from the folk and mystically-minded approach to minimal synth which first drew us in, Niedola / Woe is an EP made in collaboration with Croatian artist Sven Harambašić (take a look at the cover image for a sense of the aesthetic which inspired these pieces). Far more abstract and purely ambient than anything we’ve heard from Zosia Hołubowska thus far, there’s a real sense of presence and haunting here. There are a pair of techno-minded remixes appended for DJs, but we’d be up for spending time in any club with the vibe of the originals.

Bustié, “Design the Desire (ft. Hether Fortune)”
Haven’t heard from the now-New York based Angie Padilla for a while, but very pleased by the sound of their new Bustié single. The project’s signature blend of darkwave, freestyle and touches of electroclash are still here in full force, but we’re getting a pleasingly gritty edge to the “Design the Desire”, a suggestion of street level action and underground energy. Great to have Bustié back, looking forward to hearing more hopefully soon.

Spinal, “Self Inflicted Drama”
Remember last week when we mentioned having to play catchup with the slew of releases Pildoras Tapes just unleashed? Well, here we are. Unlike the Madeleine Fragile EP, the Vampiro LP from Chile’s Spinal is much more in line with what we’ve come to expect from Bogotá’s tastemakers. Minimalist yet totally frantic, tracks like these bring some extra shading from classic dark electro and even early house into the body music field. (Remember that time Vampiro wore a mitre to a deathmatch with Pentagon Jr.? That was rad.)

Ex-Heir, “Paradox”
Speaking of Columbia, Filmmaker’s Body Musick label brings us a slab of nastiness from the Bay Area in the form of Ex-Heir’s first LP. Minimal synth positively oozing with industrial noise and lofi distortions, there’s a real sense of slimy evil coming off of these cuts. Should very much appeal to anyone with a yen for the earliest Klinik material or who is still hoping for a new Pure Ground record.

GBxCL, “Stop Pretending”
A pleasant recent Bandcamp discovery, France’s GBxCL are a techno-industrial duo whose new EP Total Denial just dropped via Glasgow’s Still Distant records. Per the write-up that accompanies the release, the folks involved have pretty diverse musical backgrounds, and came to their sound via an interest in italo, darkwave and synthwave, which might account for the interesting flavour of these tracks, between the vocals and subtle melodic elements at play. One to keep an ear on. 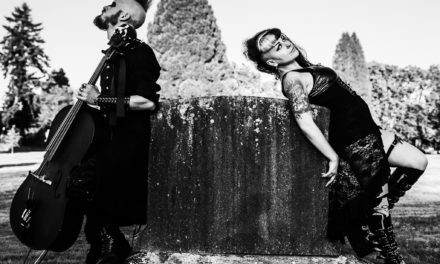