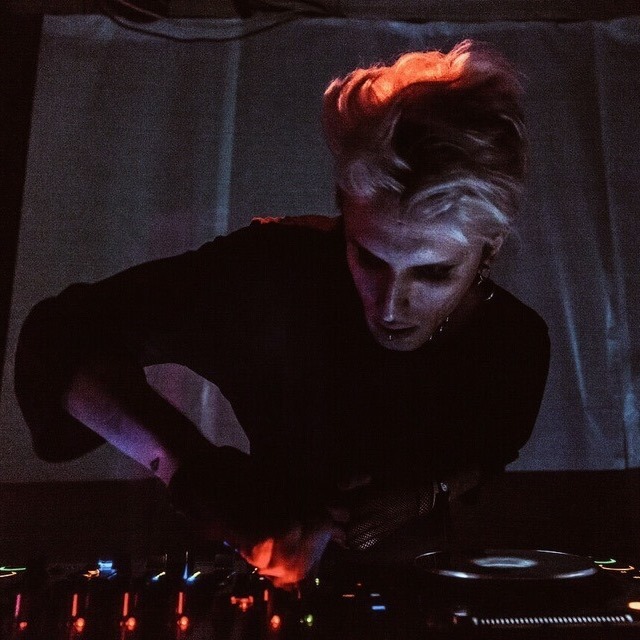 Howdy friends. It’s really starting to look like things are getting back to normalish for live music, if the avalanche of festival and show announcements we’ve seen for the past couple of weeks is any indication. We’ve been fooled before (within the last two months even), but it’s hard not to get excited for live music to be a thing we get to experience regularly again, be it local bar shows or full-on stadium experiences (feels like we bought those New Order/Pet Shop Boys tickets a million years ago). We’d urge y’all to keep in mind that despite regulations being lifted in many places, it helps everyone to be mindful that COVID is still a concern; a little caution like continuing to wear a mask, or staying home if you don’t feel well helps keep everyone safe and healthy. 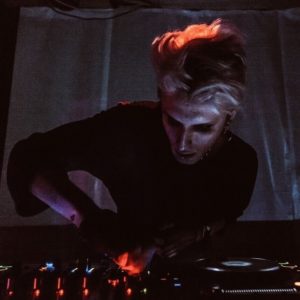 Rein x Djedjotronic, “Transmutation”
Swedish EBM phenomenon Rein teams up with French electro producer Djedjotronic for a new EP out now on Boys Noize Records and it’s quite a match up. You may remember that Djedjotronic did a collab with a notable EBM personality a few years ago, and the crossover with Rein proves equally fruitful – the two originals on Transmutation are rough, deliberate and mechanical in nature, leaning toward the industrial end of both artist’s toolkits. Also be sure to check out the Pablo Bozzi remix of the title track if you’re tracking that italo-body trend like we are.

Edward Ka- Spel & Motion Kapture, “Busy B”
In spite of our love for Edward Ka-Spel, we got caught sleeping on his first LP in collaboration with kosmische duo Motion Kapture from 2019. Thankfully we have an opportunity to rectify that oversight with their forthcoming second record together, Anagramma, due April 18th via Rustblade records. The sinister psychedelia of “Busy B” hearkens back to some of Ka-Spel’s early work with Cevin Key as The Tear Garden, as well as some of the Legendary Pink Dots’ more foreboding moments, a sound we’ll likely never be sick of.

Richard Haig, “Altered State”
Richard Haig (formerly known as Panic Bomber) does a nice job of linking present day interests in new beat-styled EBM with the past couple decades of dark electro club fare on this lead track from his forthcoming Sepulchre EP. Really nice balance between solid and full club production and a tasteful sense of restraint and space on this number.

Black Light District, “California Reaper”
Instrumental goth rock is a relative rarity, doubly so when it doesn’t signify excessive theatricality or experimentalism for its own sake. But Kyiv’s Black Light District keep things direct, stripped-down, and decidedly catchy on this number from their expansive second LP. It appears here as part of a new comp of contemporary Ukrainian acts meant to get funds to those artists who’re currently experiencing upheaval and danger in their own homeland.

Assassun, “Achilles Tendon”
We’ve heard Alexander Leonard Donat develop his Vlimmer project into increasingly aggressive and ornamented strains of post-punk, but a bit of time with the Vlimmer catalog will indicate a restlessness that can’t be limited to one particular style for long. The new Assassun side project finds Donat taking up a snarkier tone and a more synth-forward sound. The Sunset Skull record ends up somewhere between the clinical austerity of classic European minimal wave and the yobbish mania of stateside synthpunk.

Meshes, “Be Ready to Fight”
Meshes are back with another acid soaker EBM-flavoured banger, courtesy of the good folks at Deviate Records and their forthcoming Deviate VA004 compilation. The Russian producer’s output over the last 12 months has been consistent and flavourful; as much as we feel like the techno-body crossover has lost a lot of its shine as a genre, there are still producers putting out tracks this strong. Now, if Bandcamp could implement a feature so we could throw together a Meshes workout playlist, we’d be talking.