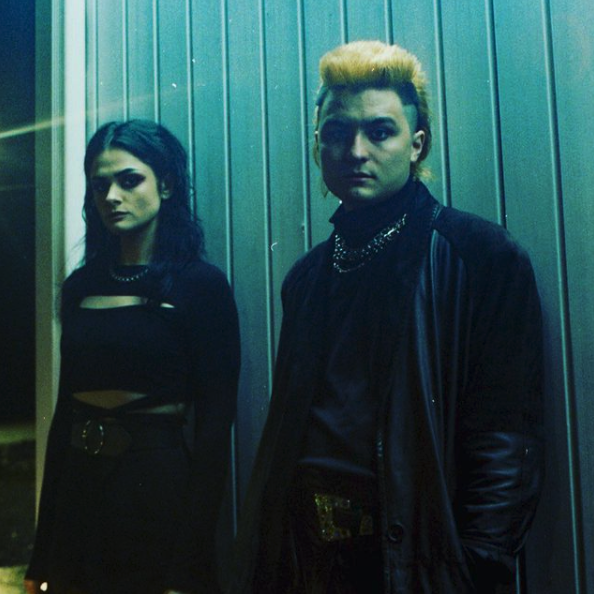 Rumour has it that a certain website dedicated to the discussion of dark music is hitting the ten year mark later this week. We have a few surprises in store which we’re looking forward to sharing with folks, but in the meantime thanks to everyone who’s checked out our work just once or on the regular, whether you’ve been down since 2011 or have only recently been brought onboard. I Die: You Die. Can’t stop. Won’t stop.

Wingtips, “Cross the Line”
Our favourite midwest goth-pop act go sunny Wish-era-Cure on their new single, the first from forthcoming sophomore LP Cutting Room Floor. While the bubbly electronics are dancefloor friendly, we’re especially taken with the clever way that guitars accent the verses and the dual vocals build out the arrangement into a proper full pop song. Definitely a record we’re excited to hear from an act that have all the potential in the world and the compositional and performance skills to back it up.

Notausgang, “Unusual Conditions”
France’s Notausgang have been perking up our headphones and setlists with a distinctly rubbery and acid-tinged take on EBM for the past couple of years, and so learning of a forthcoming tape on X-IMG makes all of the sense in the world. Heads know that Emad Dabiri’s been curating an excellent suite of releases exactly in that milieu, and based on the new beat mystique worked into this lead track, the Third Encounter tape looks to continue that run admirably.

The Rorschach Garden, “Temple Dance”
The apparent incongruity between Phillip Münch’s pioneering powernoise work in Synapscape and the easy melodies of The Rorschach Garden might be puzzling to newcomers to either project, but it’s a dichotomy longtime fans of both acts have come to appreciate. Tracks like this one from the new LP We Are Vanishing steer directly into the legacy of classic Mute cuts, which have never been far from hand for Münch.

Cult of Alia, “Split Seconds”
David Wright (Creux Lies) has grabbed our attention a couple of times already this year; firstly with the excellent darkwave single “The Only Angel”, and with an exceptional remix of Twin Tribes’ “Perdidos”. “Split Seconds” is one of two tracks on offer from forthcoming EP Offerings (due July 16th from Cold Transmission) and has exactly what we’re coming to expect from the project; tasteful, club-friendly arrangements with plenty of atmosphere and thoughtful arrangement choices. Definitely a new act to keep your eye on.

Statische Monotonie, “Little Machine”
Seriously, at this point forget Germany: when travelling for music is feasible again, we want to go on a tour of South American EBM clubs. Hot off a split with the excellent New Fabrik, Chile’s Statische Monotonie are back with a classically lo-fi, grunting EBM single, cut with a bit of the gurgling sampling one expects from the likes of Visitor and Multiple Man. Solid work on the extended mix, to boot.

The Gothsicles feat. Choke Chain, “Howler Monkey”
Boston meets Lacrosse Wisconsin as The Gothsicles team-up with Choke Chain for the appropriately titled “Howler Monkey”. While the two acts are pretty distinct in style – the ‘Sicles are on an almost tropical-house vibe on their most recent tracks, while CC is lo-fi punky EBM – but what both acts have in common is larynx-shredding shrieking. It’s a collab that makes perfect sense based on the tenor of the two bands’ vocals alone, with the matching animal theme and catchy tune as a bonus!