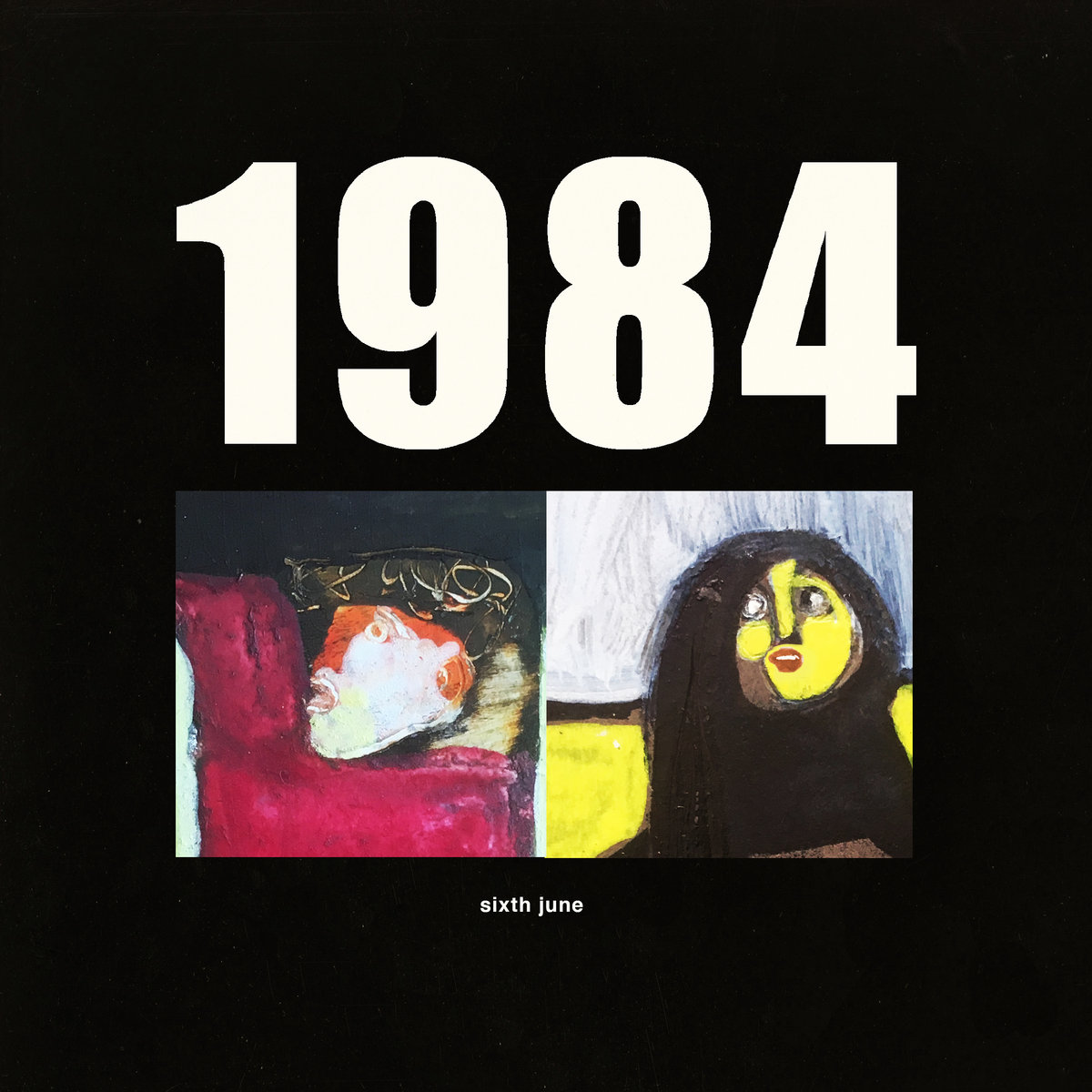 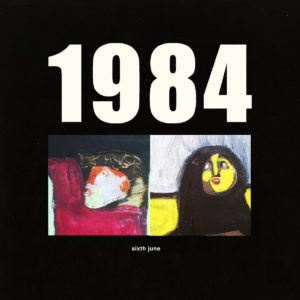 In the summer of 2017, when I was first discovering Sixth June through their Virgo Rising LP, I was stuck indoors. Wildfires had blanketed the city in smoke and a blood red sun punched through the grey to send strange crimson rays through the blinds and into the apartment. It was an eerie but fitting set of circumstances under which to be listening to the hypnotic, lush darkwave of Laslo Antal and Lidija Andonov. Four years later, I’m once again stuck inside the apartment (this time thanks to the double-whammy of COVID and an abominable heatwave), and Sixth June are back with an equally beguiling but very different record.

I don’t normally take such a reflective tack while writing about new records, but the singular nature of 1984 prompts it. Comprised entirely of a single forty-one minute piece which adds instrumentation at a glacial pace, 1984 presses the sounds and textures the have accrued over their tenure into more experimental purposes. Sixth June obviously aren’t the first act to use established post-punk instrumentation to craft music wholly removed from traditional pop song structures, but the slowly, slowly, slowly shifting minimalism of 1984 has less in common with Wire or Pere Ubu than it does Terry Riley or Harold Budd (or perhaps even the monomaniacal circling of Ravel’s “Boléro”, though it never reaches that work’s grotesque excess).

Slow, loping bass and a set of emerging woodwinds make up most of the composition, with only the slightest variations emerging between them for the first half of the piece, while some mournful sax (which perhaps has something of the Legendary Pink Dots’ more melancholy moments) makes brief riposte and punctuation. When Andonov’s vocals emerge alongside some percussion at the thirty minute mark, with multi-tracking adding almost Enya-styled depth and texture, it’s to intone one of the simple refrains the woodwinds have been repeating throughout. The words, “Don’t look for anyone, I am the one”, feel so open-ended after such a sustained groove that they can be taken just about any way the listener desires.

1984 likely isn’t the sort of move anyone was expecting Sixth June to make, and the cryptically impassive mood of the piece isn’t giving anything away. Hell, even the title feels like a cipher – the number’s literary significance being so widespread as to almost lose its meaning. But even if they’re not offering clear clues as to why, Sixth June have taken an ambitious journey while still retaining the sounds which have made them such a charming and ineluctable presence over these past years.

It’s 1:00 am, and 1984 has just played through for the fourth time tonight. It might be cool enough to go outside for some air.