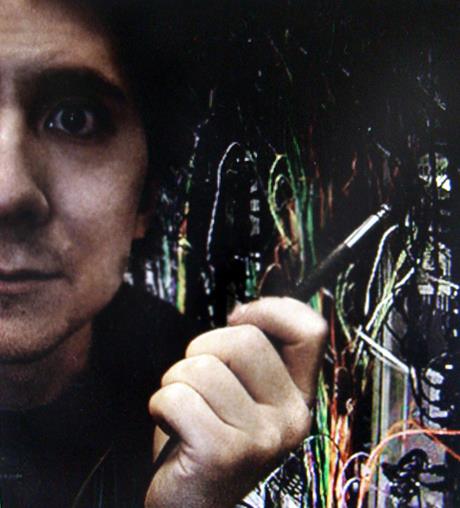 Every once and a while we like to hand off the weekly Tracks segment to an artist or band we dig who we think would have an interesting and different take than we would. This is one such week, where our pals Cory and Andrew from Toronto’s glitchy industrial outfit Volt 9000 have stepped up and delivered some very fresh, very different selections straight from their keyboard to your ears.

Cory and Andrew from Volt 9000 here. It appears Alex and Bruce have taken the day off. Something about a double-booked proctologist appointment (!?). To be honest it sounded made-up, but everyone has the right to play hooky now and then. All we’ve been told is to handle the ID:UD Tracks segment this week. They left in a hurry, and we have been given no other information. Therefore we will take it on our own initiative and make a managerial decision!

We’ve decided to pick songs released in the past 15 days that would not only be something we might have on our iToys, but also something we could see potentially popping up on this website too. Yup. Something that might cross their “thing” and our “thing”. With a little luck, our things might touch!

Let’s just get started and see what new musical stylings have come out…and hopefully they will find it somewhat cromulent. 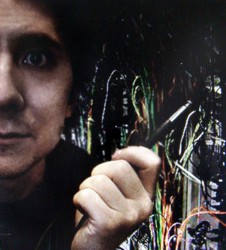 You want me to put the patch cable where?

† CΛIN †, “Grayson Room”
Cory: WitchHouse, eh? Yup, let’s open with a downer! I know nothing of this band but this track is dark, dirty, and structurally makes a great intro song. Halloween is only five months away, so now is the time to start on your costume AND Halloween playlist. For the life of me, I can’t find anything on this band other than they claim to be from Kazakhstan and go super heavy on the goth motif. Well, I suppose they have the mysterious part down, along with the $C@RY $?B0L$. This track sounds overly compressed, though I’m not sure if that is now officially a genre trope? Either way, into the pot. This witchy style may be nothing new but at the same time holds promise. The whole genre has plenty of room to grow in my opinion! Therefore it’s worth paying close attention to.

Omniplexxx feat. Mokison, “Awakening (VHS Dreams Remix)”
Cory: BAM! Switching into fifth gear: we’re onto outrun now! Why? Because I don’t dance, and outrun is the only musical style where you look cooler the slower you move. Seriously! Just standing and looking at someone with outrun music playing is as cool as it gets. Try it. This outfit is from Austin, Texas too. Everything is bigger in Texas, including the gated reverb and snares! Retro music never dies: it only becomes more 80’s. Proof is in the pudding. While this remix is by a band called VHS Dreams, I myself am more familiar with VHS Glitch (another Retrosynth/Outrun band, what a shocker!). However any retro-synth band with VHS in their title is doing something right. Listen up Ryan Gosling wannabe, get in that car and Drive into the sunset while blasting this on your boombox. And stay gold Ponyboy!

Phase Fatale, “Rot”
Cory: Okay, enough with the gimmick genres, right? Let’s get some new and real indoostrial back in the house. Yes we go all the way to Germany for this one. Berlin, specifically (surprise?). Big, crunchy, juicy dance kicks and distorted synths. Get the cyberdreads back onto the dancefloor. No…not a cheesy club banger (I almost typed burger). Something just weird enough that it appeals to the Creepy Kids(TM), yet danceable enough to whip out the glow-sticks. Phase Fatale (or also known as “aufnahme + wiedergabe”? I don’t speak German) will be the ones to provide what we are looking for. Simplistic and minimal, yet builds the tension and never slows down. What else you want? Some subtle speech samples thrown in half way? You got it! I’m not going to say it sounds like “Spasmolytic meets Sandstorm”. That would be silly…right? Instead we can agree it is dark, broody, danceable, and fresh off the digital presses.

Paul Leon Anderson, “Stem”
Cory: Now onto the weird and odd. The glitchy, soundtracky, whatdoyoucallit sub-genre. So that means there is only one place to go: Rhode Island! Welcome to the matrix Mr. Anderson. Mr. Paul Leon Anderson…who seems very good at forging his signal path into a foray of tip-taps, bonks, and ka-wacks. No, really! Let me put it to you this way: nowadays it’s very easy to create glitch-spastic drums and robot farts. However making it sound *beautiful* and melodic is the challenge. Well, Mr. Anderson appears up to the challenge and succeeds with this moody little
piece of atmospheric audiosculpture. Reminds me of the more serene moments in Bananasloth, with a dash of Aphex Twin. This should make a good outro track. However I have no idea why these types of artists always have funny looking plants and smoke in their album imagery. No idea. And why are the plants so full of crystals? The world may never know. In the mean time, chill out with this dope…track!

Well hopefully that will suffice for now. Alex and Bruce should be feeling better tomorrow. Proctologist appointment my ass! Anyway thanks for putting up with us. I don’t know why they asked us to take over this segment, but we DO have a new album coming out with Artoffact Records on June 9th. It’s even on vinyl! So I suppose that makes us somewhat relevant. We spent close to two years on it and it damn near killed us. If you’re curious, Side-Line just put up a new track of OURS last weekend. I seriously didn’t plan it that way, but then again I don’t believe in coincidence. So take a peek, then it’s back to your regularly scheduled programming.