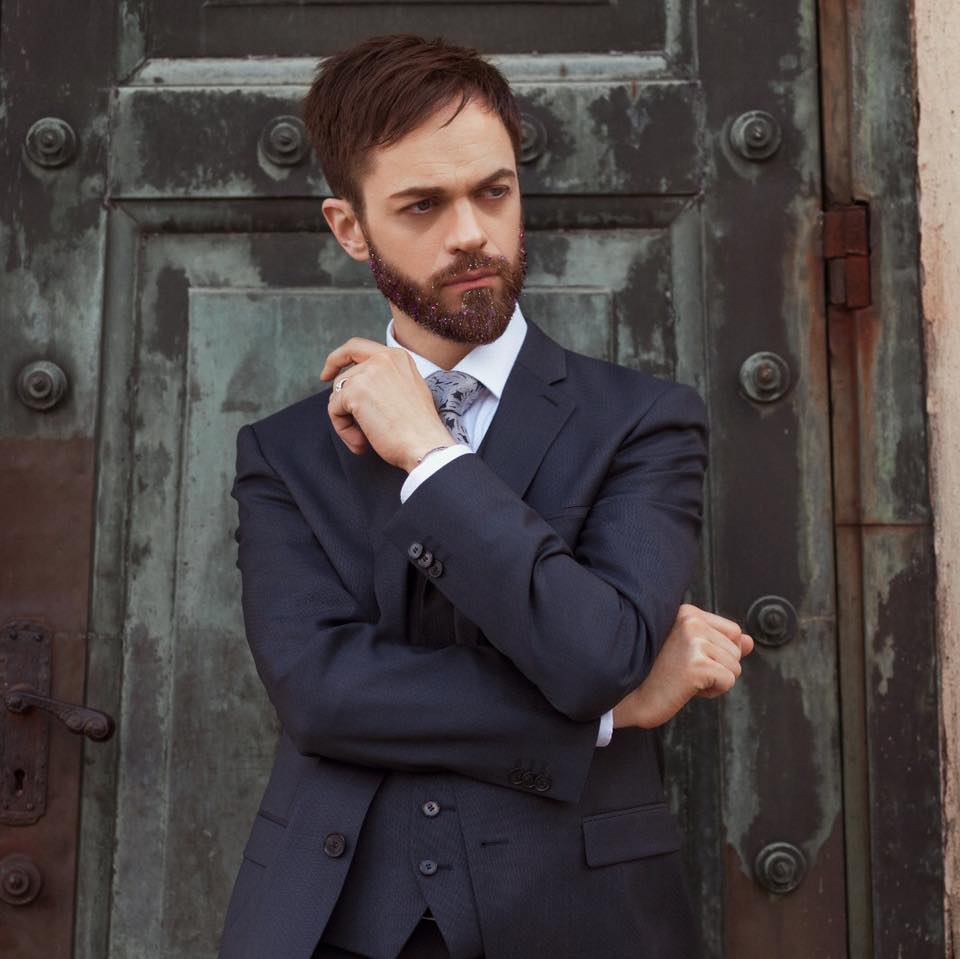 Now that there’s some light at the end of the seemingly endless tunnel of Covid, we’re starting to see some tentative show announcements for the fall, a time when projections say most of the folks in North America will be vaccinated (if they’re smart enough to get the fucking shot, but that’s another story). Regardless, it’s been a pleasure to see our pals in LA Das Bunker announce a slate of new shows , partially because it includes so many acts we love like Mr.Kitty, Twin Tribes, Riki and Wingtips amongst others, but also for the hope it brings regarding the return of live music as a thing we can all enjoy communally, something we’ve been missing for so long now. More shows will pop up shortly we’re sure, many to be discussed herabouts we’re sure.

If you’ve gotten through a year of lockdown and maintained half the sartorial dignity of Anders from Ashbury Heights, you’re doing better than us.

Ashbury Heights, “One Trick Pony (feat. Massive Ego)”
Ashbury Heights are amongst our favourite acts here at I Die: You Die for a few reasons. Firstly, they’re an electro-synthpop scene act who have genuine songwriting chops, it’s the rare AB track that doesn’t have a sticky hook or a memorable chorus. Secondly, Ashbury Heights songs are always about something, and expressed in a relatable way. Such is the case with new single “One Trick Pony”, a collab with Massive Ego which takes on the idea of balance between the person you need to be for professional or “adulting” and reasons and the person you feel like you actually are, or want to be. It’s a theme that resonates with us as aging scenesters, and might strike a chord with you as well.

Flint Glass, “teyolia”
Folks might remember us gassing on a while back about Tzolk’in, a collaborative project from Flint Glass and Empusae. Looks as though Gwenn Trémorin is taking that project’s interest in ancient South American myth and practice as a guiding light for psychopomps, the forthcoming Flint Glass EP and by our measure the first new non-collaborative work we’ll have from Trémorin since 2006’s incredible Nyarlarthotep. Deep, watery, but still entirely rhythmic, stuff like this is always going to scratch a very particular itch of ours that little else can.

HEALTH, “Slaves of Fear (Comaduster remix)”
The homie Réal Cardinal roars back this week with two very separate musical excursions. The first is a deep, subtly designed but of ambient dark folk, subtle, gentle and a triumph of minimalism in design and performance. The second is this outsized remix for Los Angeles electro-rock giants HEALTH, taking the title track of Slaves of Fear and transforming the thrashy original into a monolithic slab of bass and syncopated rhythms. The two sides of one of Our Thing’s modern originals.

Wet Skin, “Sex Negative”
The debut record from Wet Skin offers something very different from the rubbery TBM we’ve come to count on X-IMG for. Slow and seething, tracks like “Sex Negative” into the same fusion of classic industrial textures and moody pop songwriting as NIN, while tackling “a meta-thematic confrontation with the proto-incel themes of some industrial music”. Ugly, difficult stuff to be sure, but likely necessary to examine.

Slighter, “Complicit (Innocence is Dangerous)”
Slighter is a project we have a lot of respect for. The strong quality of his productions aside, Colin Cameron just steadily keeps working on and releasing music, building himself a small world of releases under the Confusion Inc. banner. If you aren’t familiar yet, “Complicit (Innocence is Dangerous)” is a good jumping on point; brooding downtempo production meets a hypnotic groove that works in headphones, in the DJ set, and on the last train home.

Sophrosyne, “Human Abbatoir”
We’re not entirely sure what to make of Ecclesiastes, the neck-snapping debut from the mysterious Sophrosyne project. Ostensibly a metal release but shot through with a range of unexpected industrial and electonic sounds, it’s not quite like any other industrial metal record we’ve heard before. The combination of black and nu metal markers being delivered alongside post-witch house and broader hardcore programming sort of ends up being a neighbour to aggrotech (sort of), but one with an entirely different evolutionary background.