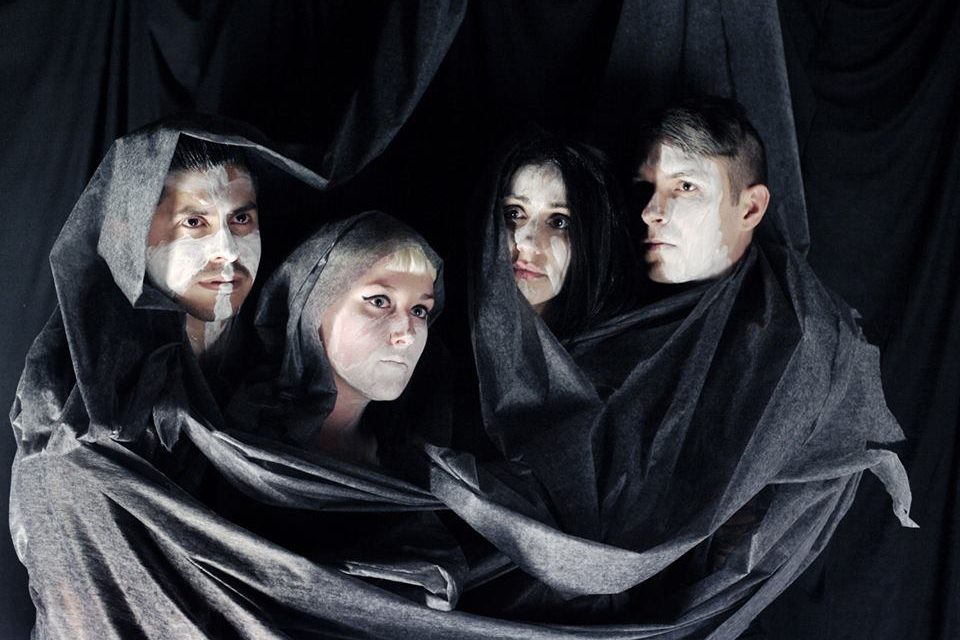 Morning, friends! Plenty happened to the senior staff this weekend between a huge Birthday celebration for honorary ID:UD staffer DJ Pandemonium, craft beer cask fests, and a thoroughly disappointing wrestling card (don’t even get us started), but most exciting and salient to our work here at ID:UD was a great show featuring Vancouver’s own Koban and Soft Metals, along with the mighty Bestial Mouths roaring out of LA. All three acts were great: Koban brought a tighter post-punk sound than we’d heard from them before, the new and as of yet unreleased Animal Bodies sounds way classic dark electro, and the pummeling vocals and drums in Bestial Mouths’ toolkit is far more powerful live. Check this nice interview with Bestial Mouths at Cvlt Nation (complete with Vancouver-themed SP and FLA shout-outs!), and read on for this week’s five tracks! 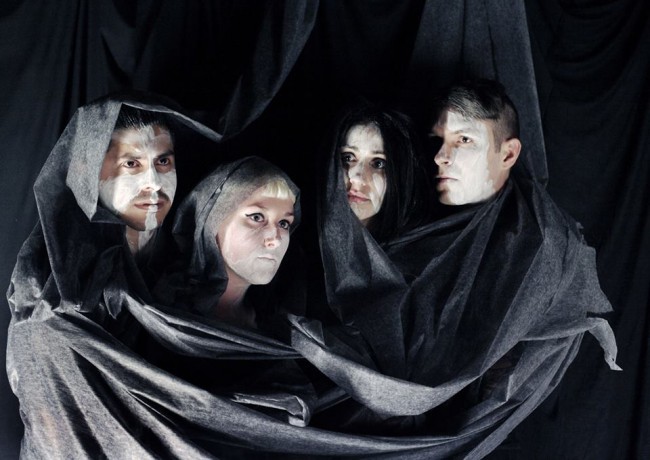 Bestial Mouths have a flair for the dramatic.

Soft Metals, “No Turning Back (WMX Bestial Mouths Remix)”
Courtesy of Mecanica Records, we have an ID:UD exclusive stream of a hot new mix from Soft Metals! We’ve been fans of the LA by way of Oregon synth act for a while and have been keeping Lenses, their sophomore LP, on regular rotation for a while now. The new of a remix release featuring the likes of Silent Servant is exciting indeed, and we’re happy to offer a preview of a tense and chilled mix whipped up by none other than the aforementioned Bestial Mouths.

MEND, “Sparrow”
The first track from Chicago duo MEND’s forthcoming album Vanishing Point is a good ‘un. Not that we’re surprised: since we first got handed a copy of the demo to us at Kinetik 2012 we’ve been singing the praises of the project’s ultra-musical brand of IDM to anyone who would care to listen. Now, with an album on the horizon and an appearance scheduled for the I Die: You Die stage at Kinetik, Kassi Cork and Max Glascott are on the precipice of something big. If you’re wondering if they have the chops to back up this effusive bit of praise, all you gotta do is hit play on that widget below.

Namnambulu, “Sorry (Back to Roots mix)”
By the time we were aware of Namnambulu the band was basically already a forgone conclusion, despite songs like “Hunting” and the tearjerking “Deception” catching on pretty good, the project had already splintered, with Vasi Valis moving on to found Frozen Plasma and Reaper. Reuniting in 2014, Valis and partner Henrik Iverson are serving up what sounds like a pretty straight extension of the melancholic futurepop they plied in their original run, as evidenced by first single “Sorry”.

Ghost Actor, “Fires”
The debut three-track release from new Viennese project Ghost Actor is just the sort of brief appetizer that can get us excited for a band’s first full release. Brought to us by the the master curators of new European darkness at aufnahme + wiedergabe, this is some utterly mist-shrouded coolness.

CONCLΔVE, “Portals (Wychdoktor)”
The warm, lush and emotional sounds of longtime ID:UD fave CONCLΔVE get a straight bludgeoning from Ottawa tribal industrialist Wychdoktor. It’s an unlikely pairing, but not one we’re unhappy to see. While neither project bares any overt similarity to the other, there’s definitely something compelling about each wholly distinct sound coming together like this. This track (along with some other mixes by the likes of Gheists and Box of Wolves amongst others) will appear on a special companion CDr to the debut CONCLΔVE album on Phantasma Disques, up for pre-order now. 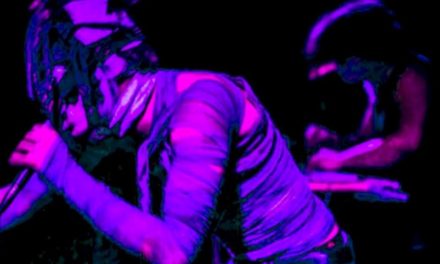