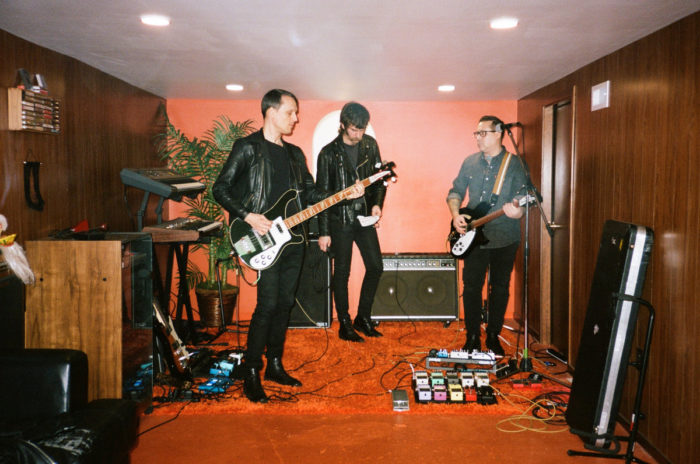 Another month, another excellent Bandcamp Friday. In addition to knowing that we’re able to put some cash directly in artists’ pockets, one of the big highlights of these events has been checking in with friends – on social media, on our Slack channel – as to what they’ve been picking up or recommend. Knowing that a good portion of our social circle is actively hunting for music at the same time is as close to a mass outing to a great record store as any of us have likely experienced in some time. Getting good music into the ears of people who’ll enjoy it is a huge part of our mandate at ID:UD, and in that respect Bandcamp Friday’s become an invaluable tool. Let’s get on to this week’s tracks, plenty of which were special releases from last Friday. 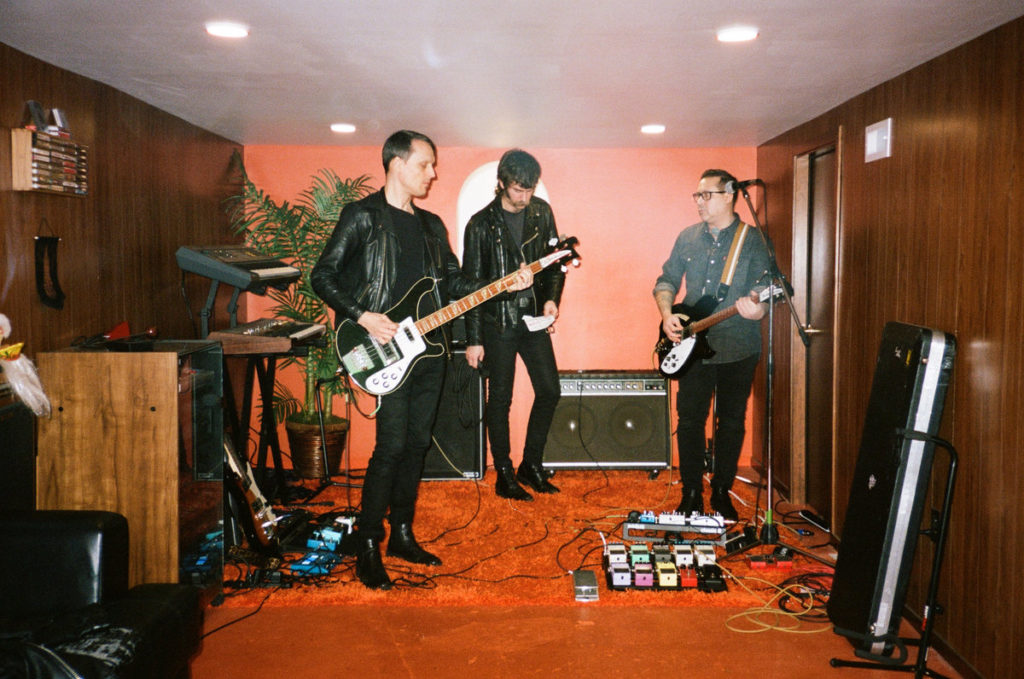 Minuit Machine, “Don’t Run From The Fire”
Our appreciation for Minuit Machine’s tense and dramatic darkwave reaches back to 2015’s Violent Rains, and while half of the duo, Hélène De Thoury, has been staying busy with and gaining acclaim for the solo Hante. project in the interim, new stuff from De Thoury and Amandine Stioui is always welcome. The title track from the forthcoming Don’t Run From The Fire EP is a stripped-down piece of work with a hint of Berghain, though the stoic and strident resistance called for in the lyrics is classic Minuit Machine.

Executioner’s Mask, “1988 (Some Ember remix)”
If you haven’t had the pleasure yet, we would recommend you check out the debut LP from Executioner’s Mask; Despair Anthems is some of the grimiest, most mean-spirited and bellicose darkwave released in 2020. A remix LP of the material sounds good on paper, the original compositions have enough dimension to suggest myriad directions they could be taken in. Then you see the killer line-up they got for it: Sølve, Physical Wash, Skeleton Hands, Black Magnet and Plack Blague to name just a few. Check the ill-winds-blowing remix by Some Ember (complete with crows cawing) for a taste of this release’s many pleasures.

Glass Apple Bonzai, “Disconnected from the Blush”
Daniel Belasco has made a habit of releasing something new for each Bandcamp day, a tradition we endorse fully. “Disconnected from the Blush” arrived Friday with all the things we look for in a Glass Apple Bonzai production; sweet synthpop melodies, Belasco’s butter smooth vocals and solid production that emphasizes the classic feel of the track without miring it in retro-chic signifiers. We’re also feeling the backing vocals on this one, just a slight variation that gives the track a feeling of freshness. A few more of these and GAB has enough for a fun b-sides and one offs compilation!

Klack, “Two Minute Warning”
A cover of a Construction Time Again deep cut is an easy lay-up for the Klack boys, and the rubbery chimes and hypnotic arpeggios of “Two Minute Warning” are pretty much ground zero for the sounds Eric Oehler and Matt Fanale have been hearkening back to. But that this cover is meant as a tribute and fundraiser for Claus Larsen in the wake of his husband Kurt’s illness and passing. Anyone who knows Claus knows how important Depeche Mode was to Kurt and him.

Null Command, “Low Survival Chance”
Victoria’s Null Command have cleaved to an idiosyncratic path, with minimal retro synths being used to conjure the aesthetics of a 1970s corporate workplace environment. While the component sounds of new LP High Momentum don’t stray from their analog bleeps and sweeps, there’s a new cinematic and almost giallo feel to things. Anxiety stems from the threat of undead sorcerers, rather than cutbacks from on high.

Lizard Skin, “Character Distortion”
Finally some distinctly goth-leaning peace punk sounds from Portland purveyors Lizard Skin. Produced by Physical Wash’s Susan Subtract, the sounds of new EP Roadside have both classic charm and a livewire edge conveyed by both the razorwire guitars and the raw-edged vocals. Check out “Character Distortion” for a taste of the trio’s sound, then head on over to Bandcamp to pick yourself up a cassette or digital copy.