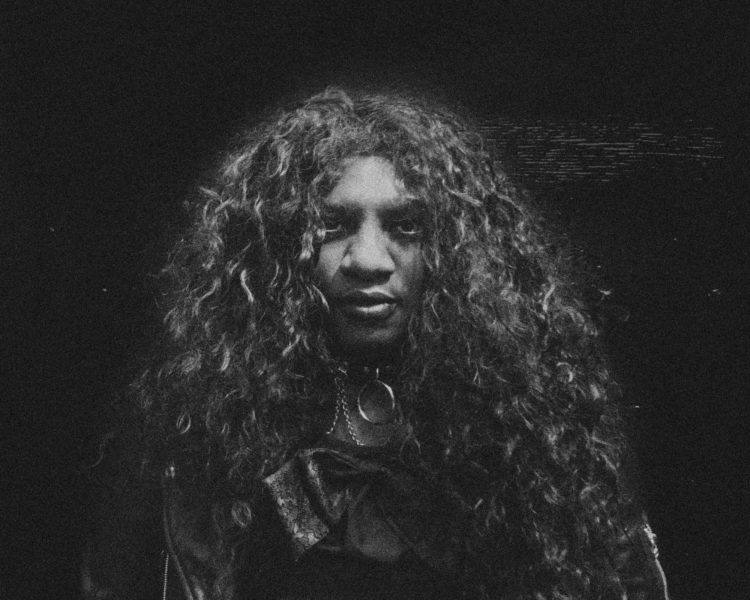 Though things are a bit vague right now, it sounds as though this past Friday may have been the last Bandcamp Friday for the foreseeable future. Obviously as long-time BC fans we’ve been happy to see the endeavor be such a success, but in addition to padding our own collections and seeing some of the fun one-offs and archival releases artists have been putting out to get in on the festivities, we’ve especially been happy to see just how many lapsed music buyers the whole enterprise seems to have brought into the fold. Bandcamp might not be perfect, but it’s as close to a perfect online music seller as we can imagine right now, and giving even the more casual music listener a chance to keep up with artists in Our Thing while we continue to wait for the return of live shows has definitely been one of its strengths. On to this week’s Tracks…

Backxwash feat. Ada Rook, “I Lie Here Buried With My Rings And Dresses”
Montreal’s Backxwash continues to find new ways of fusing industrial noise and hip-hop to thrilling and unnerving effect. This new single lays a horrorcore-styled examination of the pain and struggles of black transwomen atop a churning industrial metal beat. Having Ada Rook of Black Dresses shrieking on the hook ratchets up the intensity and has us imagining an aggrotech-styled remix…

Sweat Boys, “Adrenaline (feat. Valerie Abbey)”
We’re fans of Wisconsin’s Sweat Boys; on top of writing some of the best pure synthpop jams of the last decade, they’ve been cranking out some hot remixes for the likes of KLACK, Choke Chain and plenty of our other faves. We certainly didn’t anticipate them teaming up with Valerie from Abbey Death for a cover of Rosetta Stone’s second wave goth rock classic “Adrenaline” but now that we’ve heard it we can’t deny it. Expect to hear this one in your local club when it reopens.

Noise Unit, “Body Aktiv”
When we spoke with Rhys Fulber at the beginning of the year, the news of a fresh Noise Unit album was one of the big takeaways. The FLA side-project has always been a free-roaming assemblage of whichever styles and collaborators are at hand, and given how much non-FLA work Fulber’s been engaged with there’s sure to be some interesting influenes. Deviator won’t be released until September, but to get things started there’s this very punchy EBM banger.

Infravision, “Wasteland (feat. Zanias)”
Just last week we were telling you about Pablo Bozzi (Imperial Black Unit) and Kendal Mulla’s collaborative project Infravision, and their album due out May 31st on Fleisch. This week they dropped a follow-up single featuring label-boss Zanias (aka Alison Lewis), who adds some darkwave grandeur to the duo’s synthwave-body sound. It is, unsurprisingly, quite good. Mark your calendars, this is shaping up to be a heater.

Sega Lugosi, “Sega Going Mega”
Like the answer to a question nobody asked, Gothsicles legend Sega Lugosi has risen once again to make people go “What?” and also “Huh.” This is probably the spot where we should offer a brief history of ol’ SL and his position in the G’sicles cosmology, but tbh we aren’t super clear on it ourselves – is he some kind of Hungarian video game console? A vampire who eats tacos? Matt Fanale in a dollar store Dracula cape? Extremely stupid mysteries like these flow through the universe like a mighty river, daring us to ford it.