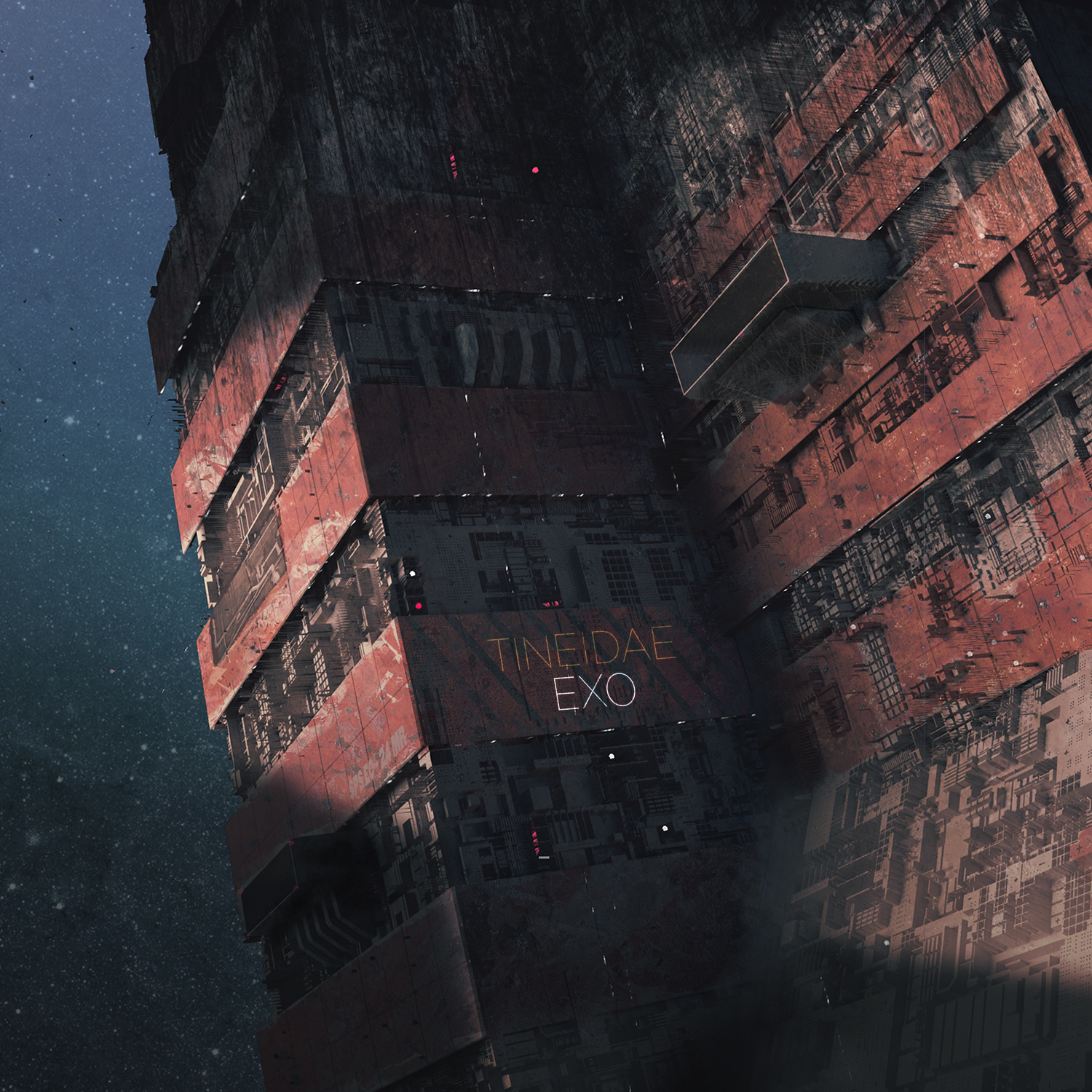 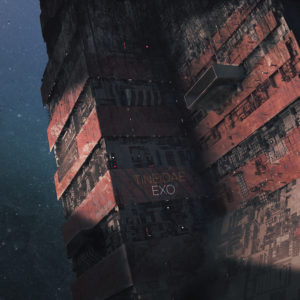 A couple of years ago the idea of a release from Tineidae, AKA Ukrainian producer Pavlo Storonsky, appearing on the Cryo Chamber label would have raised some eyebrows. Storonsky cut his teeth with a pair of records on the now-defunct Tymapanik label which, while lush and certainly borrowing from ambient traditions, had a glitchy rhythmic element that placed Tineidae right in Tympanik’s IDM/downtempo wheelhouse. That all changed last year with Slowly Drown In Static, a suite of beat-free deep space cinematics. New LP Exo elaborates on Static‘s concept (and doubles its run-time), and manages to be both as dramatic and as straightforward as anything Storonsky’s produced, now establishing him as a fully-fledged ambient composer.

The theme of deep space exploration is conjured immediately via a patina of inscrutable radio transmissions and pings on “Blacklight Trail”, which swiftly yield to a sequence of pads, drones, and chimes trading space with one another (perhaps not unlike the infamous “Blue Danube” scene in 2001). From there Storonsky builds track after track around the interplay of atmospheric and melodic elements. He shows off a keen sense of harmonics, as on the interplay between slowly shifting chordal pads and a repeating bleepy scale on “Patterns In The Sky”. It’s not at all a complex track, but one which is given substance via repetition and slight variation. Perhaps most impressively, Exo cinches its space theme without breaking from this core compositional strategy: “Abandoned Mothership” lives up to its lofty title, with its trepidatious synth figures hesitantly finding their way through an unmappable nest of oxygen-free corridors.

While only a couple of Exo‘s tracks would likely be considered dark ambient in the strictest sense of the word (the hushed and murky haze of “Sky Burial” comes to mind), Cryo Chamber feels like the right home for this record. Storonsky’s in no rush to arrive at his stellar destination, and like the similarly cosmic-themed work of Alphaxone, takes the time to frame and observe the interplay between its elements. Tineidae’s progressively deeper and more contemplative turn might have been unexpected, but has proven quite welcome. 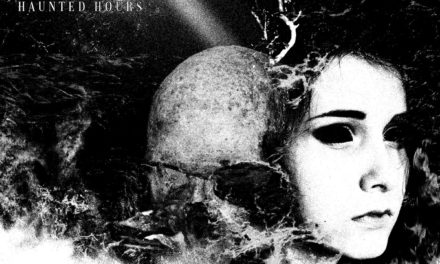