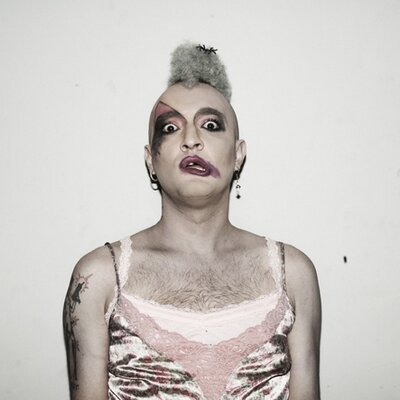 Well, July has basically come and gone meaning we’re into the downhill portion of 2020. Some would argue – rightly – that 2020 has been all fucking downhill, and we wouldn’t argue. With the ongoing state of things in North America and the world it’s pretty hard to imagine things getting better before they get worse (much, much worse), which might be why the music we’re writing about in these parts feels pretty of the moment. Dark times, which should serve as a reminder to take care of each other and rise to meet injustice with action. Stay motivated and stay strong, we love you.

Randolph & Mortimer, “Stateless”
ID:UD faves Randy & Mort go hard into some slightly out of character sounds on “Stateless”, one of the tracks appended to the recent vinyl release of the excellent Manifesto For A Modern World. It’s rare you hear the Sheffield lads go this hard on 80’s post-industrial (complete with spooky orch hits and Ministry-like percussion) but they handle it with the same aplomb we’ve come to expect from literally everything they put out. If you already bought Manifesto (and if you didn’t, why not??) you can get this track and the other three new ones on THEY KNOW WE KNOW THEY LIE, out now on Bandcamp.

Western, Creed, Spybey, “Three Of Wands (Freedom, Adventure And Travel)”
The passing of Phil Western has hung with us here in Vancouver. As artist as prolific as Phil will likely have posthumous releases for years to come, including this collaborative work on Cold Spring. A tarot-themed series of tracks originally created by Phil and fellow Vancouver producer Jesse Creed was passed on to Mark Spybey, who’s added his own sanguine magic to these deep, warm, drone-driven pieces.

Unhuman + Petra Flurr, “Nucleus”
Berlin techno-industrialist and serial collaborator Unhuman joins forces with performer and activist Petra Flurr for a full length follow-up to their previous two track single “Had Enough”. “Nucleus” is a very specific kind of hyper-tense EBM, it’s intensity bordered by thick walls of bass programming and fluttering percussion, music for the dancefloor or a panic attack. We’ll certainly be keen to hear the entirety of the LP, due September from She’s Lost Kontrol.

Black Magnet, “Divination Equipment”
We’re a little gun shy when it comes to checking out industrial metal around these parts and the reason is simple; most of the industrial metal we get sent isn’t good at being industrial or metal much less an effective combination thereof. That said when our pal Adam Vavrick points us to something we know it’s gonna be good before we even hit play and boy howdy does Black Magnet come through in the grand tradition of of Godflesh and Big Black on “Divination Equipment”. The mechanized riffs and drum blasts are accompanied by textured noise and synthwork that feels both deeply classic and totally modern. We’re on board for the album when it drops in September.

Caldon Glover, “Clouds Come In”
We enjoyed Caldon Glover’s Shambles LP from earlier this year for its earthy take on field recordings and working class weariness. Forthcoming LP The Mundane might not be quite as heavy in tone, but from preview tracks like this it looks like it’ll have the same attention to texture and slow ambient cycles. Glover notes that the record is rooted in re-recording and amplifying loss and degradation of analog media, which is used to produce a forest of fuzzed out clicks and pops here.