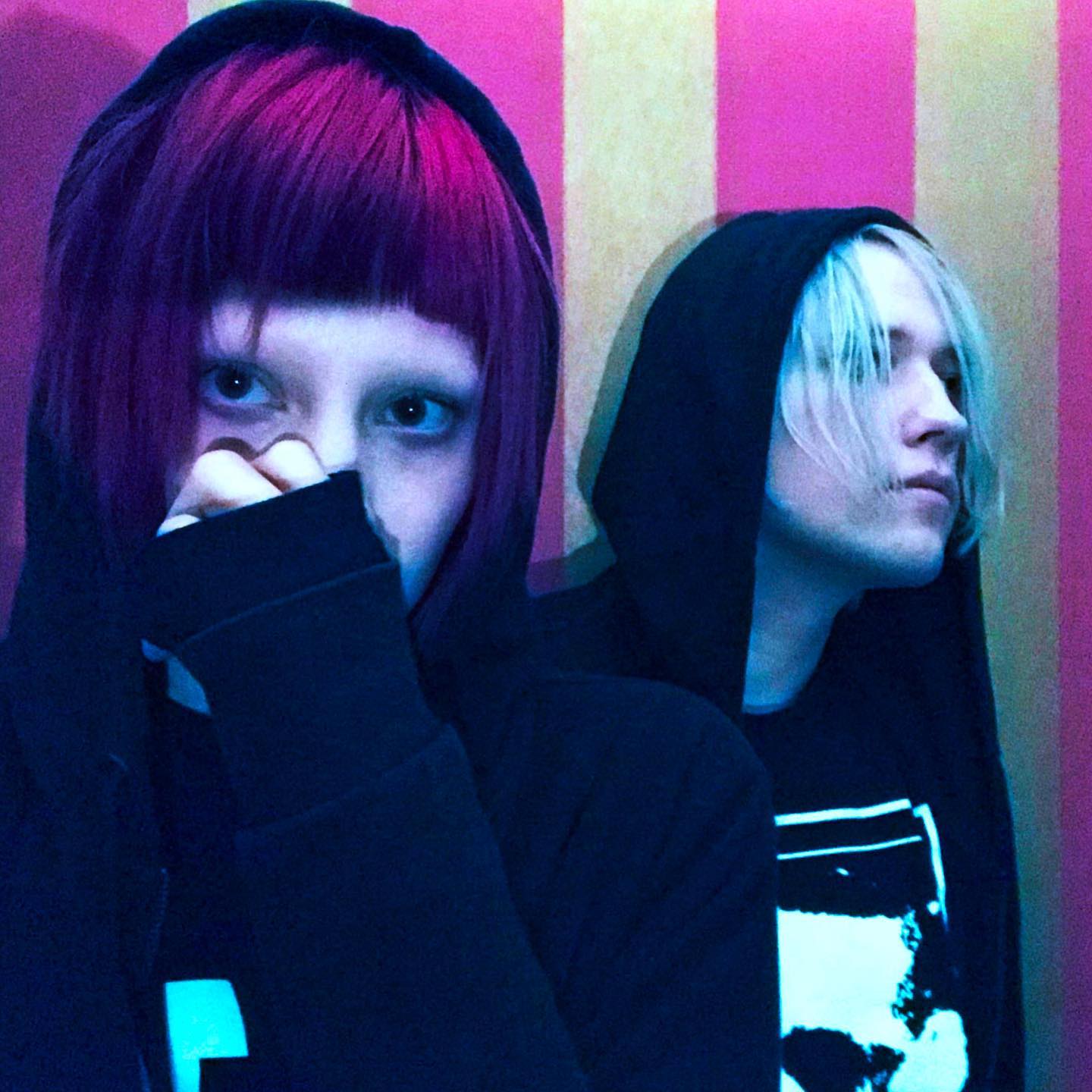 Well, we’ve been dancing around it for weeks, but the big news here at ID:UD HQ is finally out: our first physical release, a split cassette featuring new works from SØLVE and The Blood Of Others is out today! This has been in the works for months and we’re very proud of the final results. If physical media isn’t your thing, digital versions of each side can be found at SØLVE and The Blood Of Others‘ respective Bandcamps. Also! Stay tuned later this week for the second volume of our Telekompilation releases, exclusively featuring members of our Slack community. New and big things happening here at the HQ, but that doesn’t mean you’re not going to get your doctor-recommended weekly dose of new tracks. 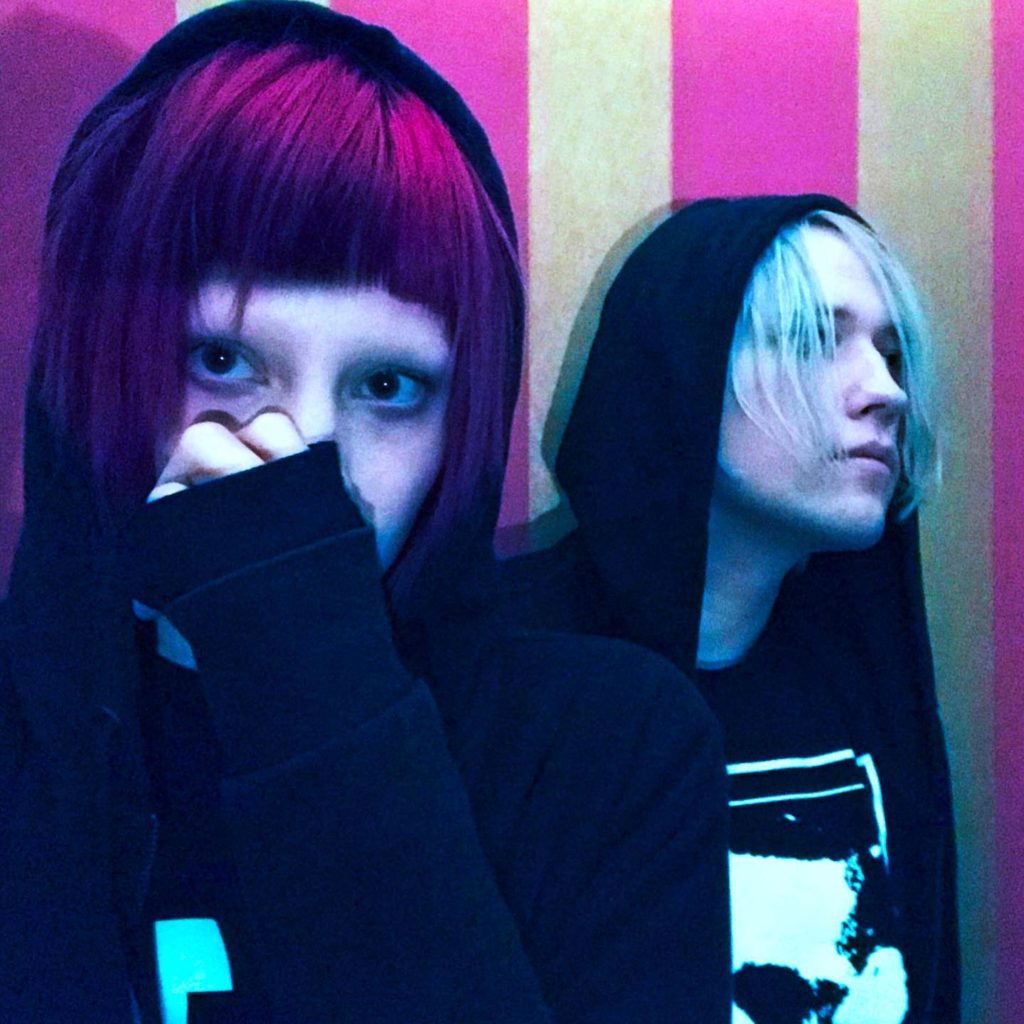 No effects used, this is actually what happens when you photograph Totem.

Bestial Mouths, “The Bleed”
Lynette Cerezo has been doing something really fascinating with Bestial Mouths of late. The project has shed a lot of the trappings of a traditional band and become more of a collaborative canvass under Lynette’s guidance, with the sonic variety and open horizons for experimentation that implies. New EP INSHROUDSS features music written by Cerezo and co-produced by Alex DeGroot, Brant Showers and Balázs Képli, and is coming out on Rune & Ruin, the label itself a collab between Lynette and Zanias. Those who enjoyed the fraught electronic darkwave of the last LP should definitely find much to enjoy. Check out Showers collab “The Bleed” below.

Azar Swan, “Sahara Dust”
There’s always been some grime and grit in NY duo Azar Swan’s mix of darkwave and lush modern pop, but Zohra Atash and Joshua Strawn look to be taking things to noisy extremes with their new EP. The Hissing of a Paper Crane absolutely drenches core song structures with waves of feedback and churning drones. One could squint and try to find some harmonic similarities between a thrasher like this and their extant work, but in the midst of all this cacophony it’s hard to hold on to anything familiar. A brisk and strange new phase for them.

Totem, “Figment”
Totem first came to our attention way back in early 2018 via association with Sally Dige. Debut LP Passage drops on Friday, and we’re def feeling the sound on lead-off track “Figment”; opaque darkwave sounds and textures matched with pumping rhythm track and lovely vocals from band maestro Christoffer Bagge. This particular brand of darkwave is certainly in the zeitgeist at the moment, but turns out our appetite for it is near limitless. Pre-orders are live now via Bandcamp, watch this site for a review in the near future.

Blac Kolor, “Muscle Car”
Another two-fer from Blac Kolor in the form of Hendrick Grothe’s 24U digital series. And hey! We didn’t have to wait nearly a full year for this one like we did the last. Grothe’s smooth and smokey EBM/techno hybrid always comes across well in long-form releases but we love this home to the 12″ format as a way of keeping his hand in while we’re waiting. Digging the alternately bubbly and swervy lead which keeps deking about this one.

The Gothsicles, “Oh My Goth! (Razed in Black cover)”
Is something in the air? Hot on the heels of our commentary podcast on Razed in Black’s magnum opus of goth-industrial club jams comes a Gothsicles cover of RiB’s millenial dancefloor filler “Oh My Goth!”. Produced by Tom Shear, it sounds pretty much exactly as you might expect, which is to say filled with video game bleeps, off-kilter vocals and that signature Gothsicles charm. Sound good? You can find it on the new IDDQD single, which also features remixes by Big Time Kill and Planetdamage.

Buzz Kull, “Last In The Club”
Closing things out this week is a last-call number from Sydney darkwaver Buzz Kull, courtesy of Avant, which delivers some relatable sentiments. As much as we’d like to imagine all of our nightclub escapades, either as attendees or DJs, to be front-to-back ragers, we’ve all been the sad sack still hanging about at the end of the night after it’s become readily apparent that no, there won’t be a last-minute surge of people coming in after the other bars close. Here, then, is a suitably sparse tribute to that experience.