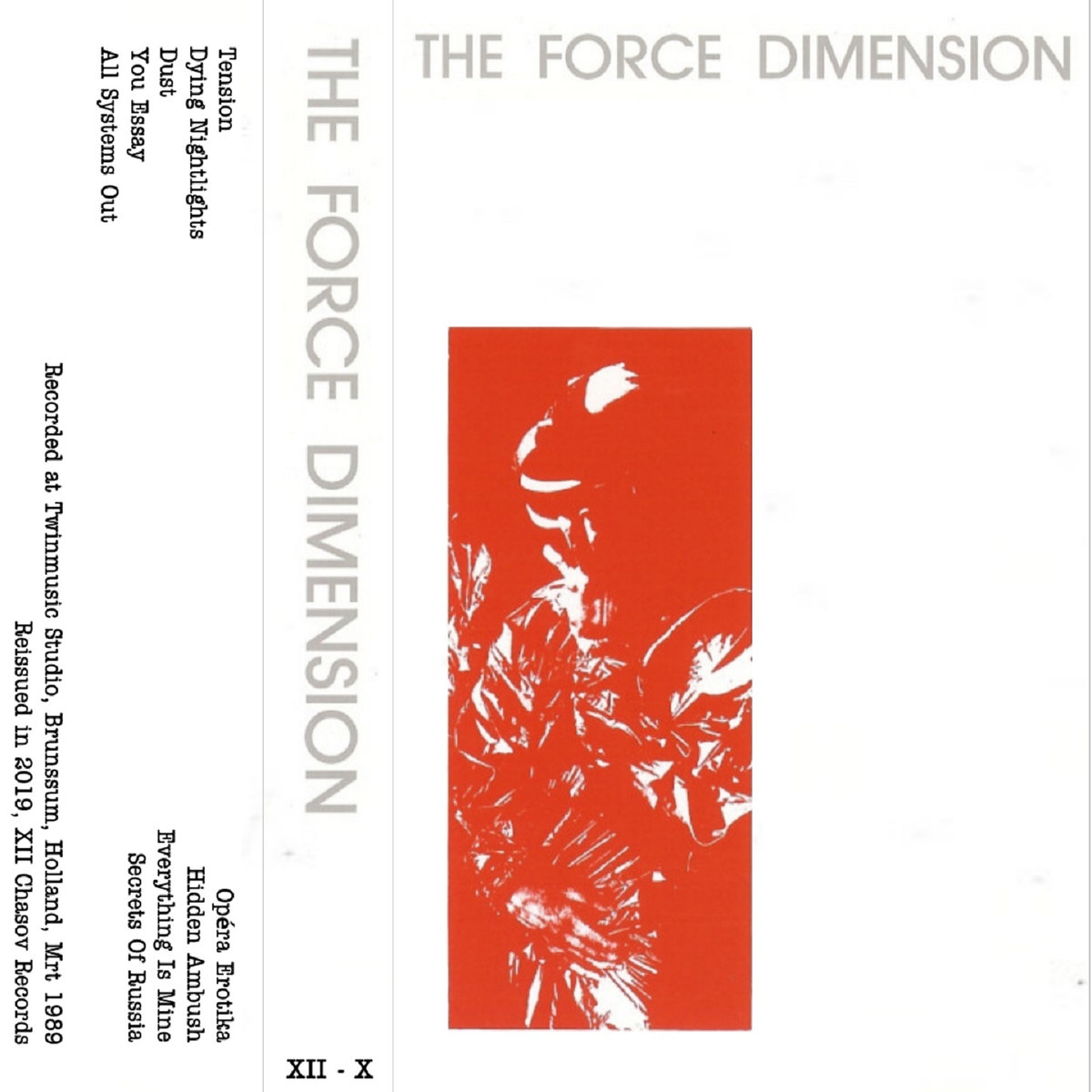 Replicas is the handle we use to write about reissues and archival releases, offering some thoughts on the original material, and whatever additional goodies or format shifts may have been appended. This week, the debut from a deep scene EBM act gets an anniversary reissue… 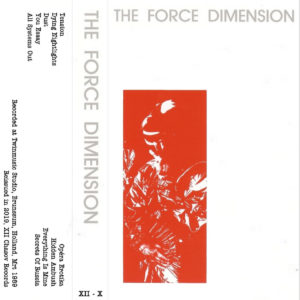 What is it?
The debut record from Dutch EBM act The Force Dimension has a somewhat confusing lineage. The duo of Tycho de Groot and Rene van Dijck went to the studio in 1989 to record an LP on the strength of a 7″, however the resulting record was disavowed by the band itself. Engineered, produced, and mixed by Jean-Pierre Everhaerts and Luc Van Acker (the latter of whom also contributed guitars and vocals), the LP featured smooth synthpop stylings, derided by the band as being too akin to the Pet Shop Boys. The band then rerecorded the record in a much rawer style with uncredited production help from Dirk Ivens. To compound matters, both versions were released by KK Records with identical index catalog numbers, with only the red album art to distinguish the Ivens-aided version from the blue Van Acker one. Thirty years on, we have a tape reissue of the former provided by XII Chasov (who’ve recently done cassette reissues of Sun Ra, Nurse With Wound, and LPD recordings amongst others).

What’s on it?
While there are interesting conversations to be had about the respective merits of both versions, there’s no doubt that this one communicates the sort of punchy, fiery energy the band were reportedly hoping to tap into. Heavy and squelching sampled keys carry the bulk of the weight on tunes like “Dust” and “All Systems Out”, and the sparse tension and ominous vocals of “Dying Nightlights” make apparent the band’s interests in Dirk Ivens’ work. But even with all that intensity, there are flourishes of lighter and more melodic sounds which perhaps made Van Acker latch on to the pop potential of The Force Dimension in the first place. The keening vocals of “Tension” draw upon the aforementioned history of Belgian new beat, and the slow, gothic grind and florid sampling of “Opera Erotika” has the kernel of something more grandiose and ornate than its literal execution. The horn samples on “You Essay” could just as easily be thought of in the aforementioned synthpop context as in that created by Front 242 a couple of years later on Tyranny For You. This tape version also offers one bonus track, “Aqua 2000”, a b-side from the contemporaneous “Dust” single that jams their overdriven samples and beats up against some operatic vocals.

Who should buy it?
The sort of sound The Force Dimension trade in is enjoying a bit of a resurgence right now, with folks like the Vertex camp, Visitor, and New Fabrikk mining the history of late 80s/early 90s EBM, and it’s always fun to revisit lesser known examples of this style. That the material here was able to be re-presented in such varying forms should also be of interest to scene heads, especially given current tendencies to metastasize the idea of “old school” EBM into a very limited and stripped down iteration.

Buy it at Bandcamp.