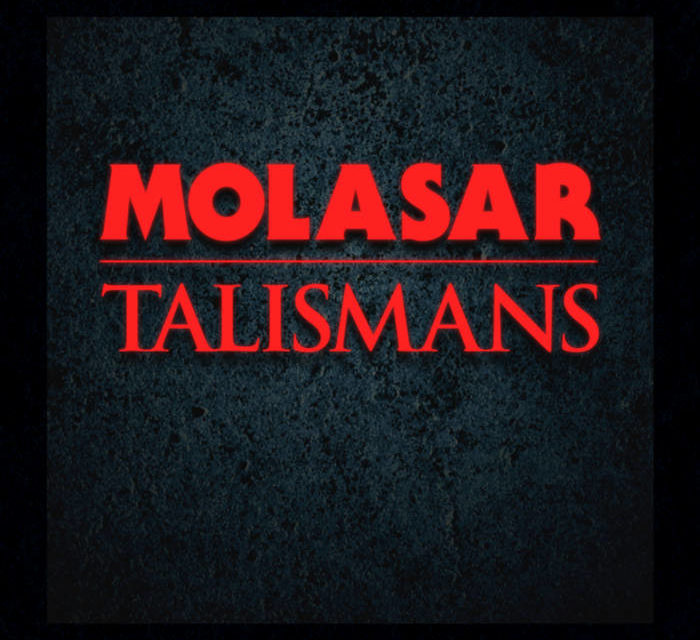 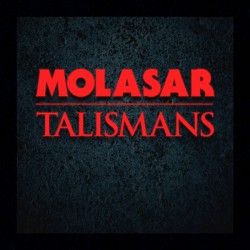 Keeping up with Chris Gilbert is proving to be a taxing affair. The London synth guru has released material under more names in the past two years than anyone this side of Uwe Schmidt, and the fact that the shifting aims of those aliases have at times resulted in the same material being collated under multiple handles has only compounded the befuddlement. The Cliff’s Notes of the current state of affairs is that with Gilbert’s explicitly ambient and kosmische work being released under the Paladin handle, Molasar represents his interests in the rhythmic side of synth. In that sense the project’s first full release, Talismans does feel like a follow-up to last year’s stellar Matter, but some subtle differences in goals and technique perhaps show why Gilbert changes hats so frequently.

For those unfamiliar with Gilbert’s work, Talismans offers as good a primer as any. Orch hits, gongs, and all manner of Prophet-sourced bleeps and sweeps are woven into patterns which are vaguely nostalgic but have too convoluted a lineage to ever feel derivative. The immediacy of Matter is in effect on Talismans from the get go, with a host of tinkling melodies playing hopscotch around a simple bass groove on opener “Dreadnought”, but this record often feels punchier than its predecessor. The squealing cosmic solos which gave Gilbert an entree into outrun circles (it was impossibly not to imagine someone wailing on a keytar while flying through a wormhole for much of Matter) are exchanged for bubbly Italo chirps on “Molasar” and for a tightly sequenced synthpop sprint on “Celsius”.

A short run time (eight tracks in just under forty minutes) keeps the tight, occasionally rigid form of the tracks from wearing out their welcome. Changing the tint on the record’s a good strategy, too: while still sounding united, the hue and tone of the record switches back and forth between bright synthpop and material that veers rather close to classic dark electro. Closer “Juggernaut” cinches the connection between the dancefloor and cinematic melodrama which has been gestured towards throughout the record. Sharp, slightly detuned synths nimbly stab their way through a fog of samples and pads, while synthesized strings ratchet the tension up. It’s that rarest of club-friendly tracks which deserves its long run time by making constant shifts in arrangement and focus without ever losing its insistence.

There’s something appropriate about this record being offered in the name of and in tribute to the supernatural avatar of sin from Michael Mann’s The Keep. While Mann’s gone on to be known for far more high-gloss work than the 1983 horror flick, his eye for atmosphere and colour abound in the film (and tapping Tangerine Dream for the soundtrack’s always a plus). Much like with Mann’s work, you can detect Chris Gilbert’s hand from the moment a track is underway, regardless of the title. Recommended.