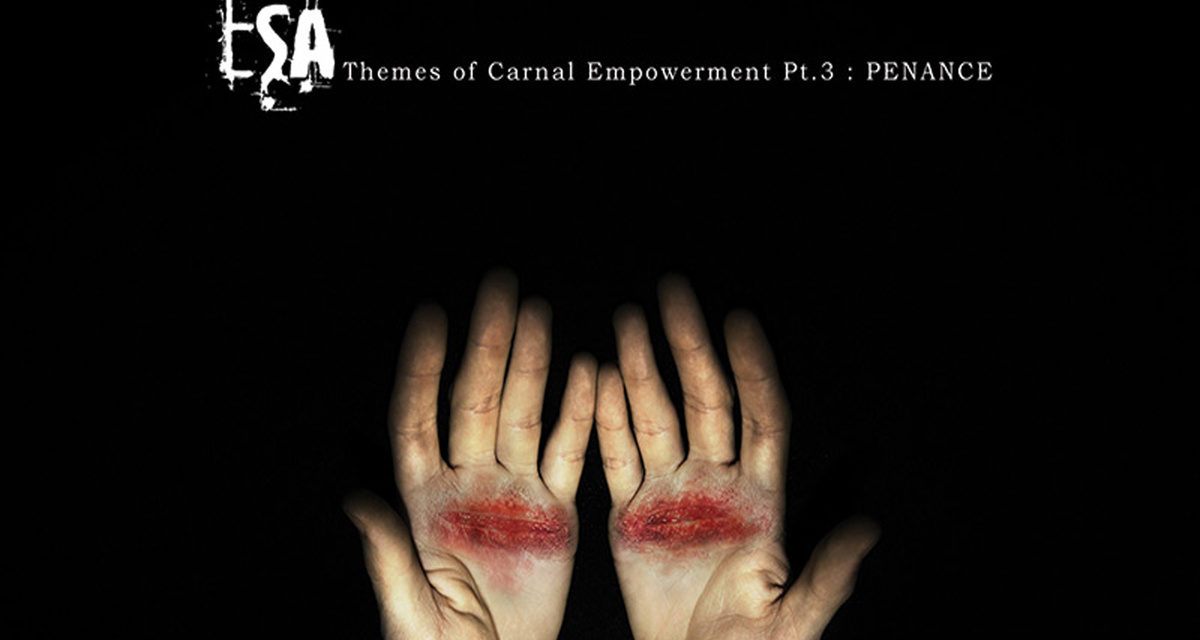 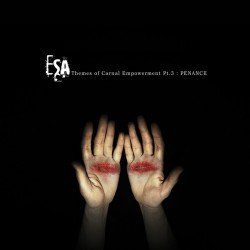 Sex and power have been subjects of Jamie Blacker’s work as ESA as far back as his debut Devotion, Discipline, And Denial, but it’s on the Themes of Carnal Empowerment trilogy of LPs where the English musician has most explicitly addressed the entwined threads of desire, control, and sufferance that make and break intimacy. While the first two records were focused on the lurid titular conceits of Lust and Deceit, the third is about the decidedly less sexy idea of Penance, and seemingly how the drive for some kind of atonement can be as addictive and prurient an impulse.

As with each previous installment, Penance’s perspective is abstracted through the use of samples and guest vocalists, rather than being presented as a first person struggle. Blacker’s distinctive baritone does make appearances on rhythm n’ noise numbers “What the Devil Did”, “The Tempter’s Triumph” and “My Church”, embodying some kind of self-destructive or perhaps self-flagellating impulse. A great deal of Penance is left fully open to interpretation, with the listener trying to divine what each specific voice or repeated vocal clip is meant to represent. Is Magenta S’ lilting performance on the title track supposed to infer some sort of loss or personal corruption? Is Nana Ana Frimprong singing a kind of internal monologue on slow building orchestra-tinged closer “Fenetre”? You could make a case for either scenario and for plenty of others besides: ESA is ever suggestive and rarely prescriptive.

Although there are more actual voices here to tell the story than at any time in ESA’s recent history, it’s Blacker’s use of rhythm and structure that seem most closely tied to his themes. Early numbers like “Men Will Only Break Themselves” and “Be Still and I Shall Tell You Why” revolve heavily around noisy loops surrounded on all sides by thick walls of synthetic ambiance, building up and receding to suggest a retreat and eventual abandonment to temptation. Penultimate number “Juju Yako” shifts gradually from crunchy percussion into some subtly mournful pads, a story of surrender that mirrors earlier explorations of submission and degradation.

Jamie Blacker has gotten very good at telling the story of Themes of Carnal Empowerment without actually attaching any distinct or definable narrative to the records. Whether Penance is capstone or whether Blacker elects to keep exploring the bleaker outcomes of passionate abandon is unclear, but the trilogy stands now as a complete work in its own right. It’s ultimately a record that fits neatly into place with its predecessors, another piece in a larger monument to wanton desire.