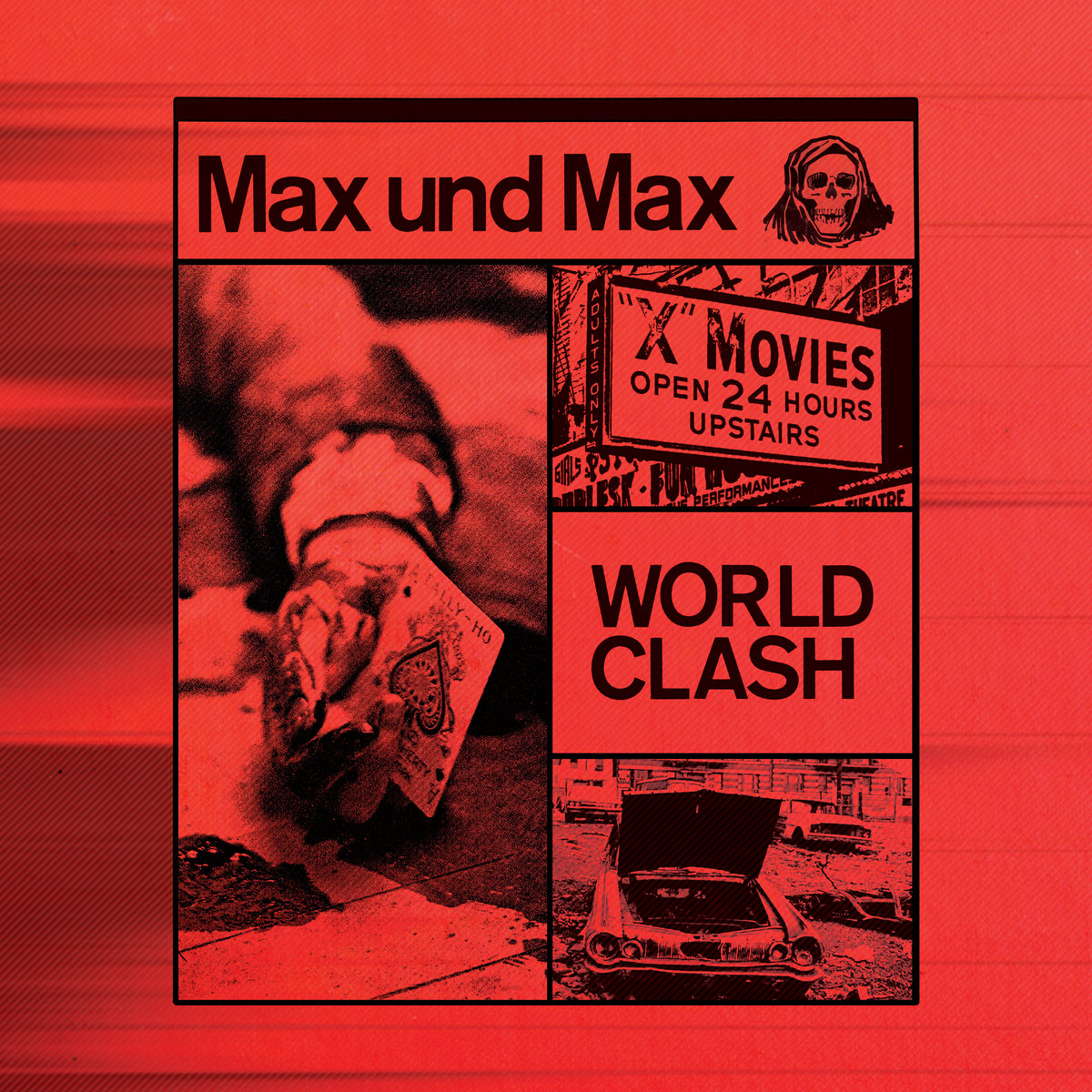 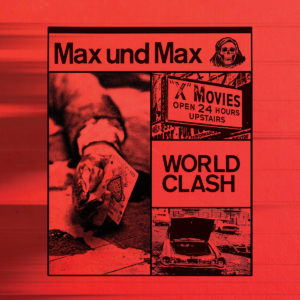 Max und Max
World Clash
Sonic Groove
Max und Max is the union of two notable figures from the industrial techno world; long-time producer Max Durante, whose recent releases for aufnahme + wiedergabe and Hands Productions have approached rhythmic noise territory, and the incredibly prolific Maxime Fabre of Crystal Geometry, whose own output has started to take on elements as diverse and unusual as black metal riffing and blastbeats. Their collaboration World Clash is somewhat unsurprisingly on the dark and rough end of things, with numbers like “Cultural Validation” filling the cracks between its tightly sequenced kicks and bassline with fuzzy samples and crushed-to-bits percussion, and “Art & Entertainment” having its main synth sequence emerge from a near opaque wall of reverbs and keening sirens. Perhaps the most interesting aspect of the collaboration is the dueling versions of the title track, neither of which conforms entirely to expectations for the producers. Durante’s version taps into his rave background with rubbery bass stabs, but then breaks down into a much funkier and less straight-ahead groove. For his part, Fabre goes much cleaner than any Crystal Geometry track in recent memory, the sharp cymbal programming, cracking snares and detuned synthlines getting plenty of room in the mix. World Clash ends up sounding like two producers playing off one another in ways that lead to results they wouldn’t have necessarily arrived at on their own. 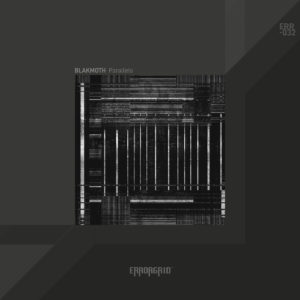 Blakmoth
Parallels
Errorgrid
Despite only having tracked Blakmoth for the past year or so, we already have a sense for the vibes (dark) and quality (high) the Maryland producer delivers on the regular. While the self-applied “doombient” tag nicely captures the project’s dense but velvety soft approach to drone and dark ambient, there’s plenty of variety from release to release in for the connoisseur of atmospherics and sound design to get lost in. Even by Blakmoth’s deeply submerged standards the harmonies of new record Parallels‘ compositions are to be found in only the most subtle of shifts in its densely layered drones, right at the very bottom of the mix. Much of the record’s motion, then, comes from the field-recording styled distortion and samples which float on the surface of that weighty foundation, often finding timbral or tonal overlap or dissonance with it. This isn’t to say that there’s nothing considered or composed at hand; when opening piece “Darkest Dawn” suddenly collapses in on itself with a vastly echoing clang it’s a startling reminder of Blakmoth’s technical chops, and when “Lychgate” leaps from metronomic machine swarms into a heavenly stretch of gossamer echo, the stated influence of soundtracking on Parallels becomes apparent. Once again, Blakmoth is an imposing but welcoming presence. 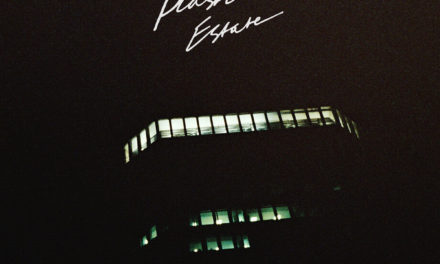