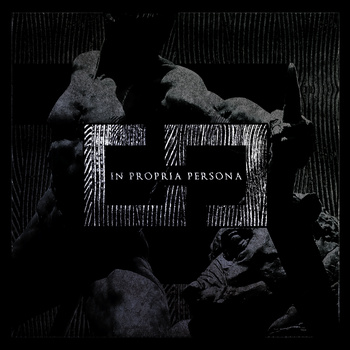 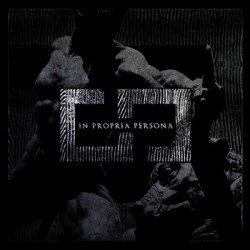 reakt[ion]
In Propria Persona
self-released
Wes Mueller, also of [product] and Talking to Ghosts (and, full disclosure, personal friend) has ruefully commented several times on the specific spelling of his reakt[ion] side project being a vestigial leftover from his roots in aggrotech. As a quick perusal of his writing and other music will indicate, Mueller’s looking well beyond the confines of harsh electro while still holding a candle for it. In Propria Persona, the project’s first LP after a handful of EPs and singles represents this balance, keeping one foot in the distortion of the recent past, while also striking out towards newer sounds. First proper track “Another Kind” serves as a great example. The rhythm track has all of the wormy grind and oontz one could hope to find in a classic Tactical Sekt jam, but the baroque-styled arpeggiated scale sitting overtop it is nothing like the detuned saw lead years of clubgoing had conditioned me to expect. Trap elements also make their way into the mix, combining with simple but moody melodies and harmonies in a way which brings M‡яc▲ll▲ to mind. I’m not really feeling the harsh vocals Mueller cleaves to, but that style’s always been a non-starter for me since the earliest Hocico releases. Everyone (including myself) who ever scoffed at aggrotech as an aesthetic which quickly painted itself into a corner would do well to see what new sounds and moods reakt[ion]’s able to retrofit from it’s acid-etched frame. 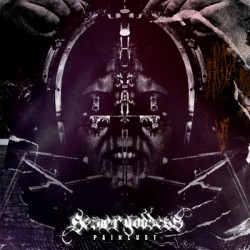 Sewer Goddess
Painlust
Malignant
Ah, death industrial. That dark nexus where fans of “real” industrial, adventurous metalheads, and folks who wish David Tibet had stuck on the Nature Unveiled tip can all meet. Boston’s Sewer Goddess’ new EP should bring each of those groups together with a half hour of smothering feedback and circling menace. Although the heavy use of guitar on Painlust suggests that Sewer Goddess are approaching things from a metal angle, most of the record’s dynamics stem from Kristen Macarthur’s vocal modulations and subtle shifts in the washes of feedback. The echoing space and blackened weight which hangs around the slow pummeling of “Get The Rope” brings Swans’ Filth to mind: a comparison I don’t make lightly. Even when Painlust arrives at its most overt riffage, there’s still a premium placed on murky obscurantism and occlusion: check the smeared and somehow almost coy vocals that ride the churning guitar loops on “Flog”. If the likes of Theologian and Menace Ruine get you up in the morning with an urge to ruminate on your own mortality, consider slinging Painlust on while brewing that first pot of coffee. 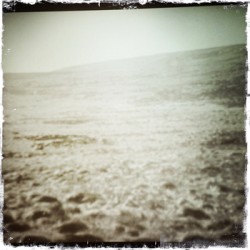 Dead Voices On Air
Another Grey World
self-released
It’s tempting to engage in a bit of armchair psychoanalysis while listening to Mark Spybey’s latest archival release. Recorded in Vancouver in 1998, this material immediately preceded Piss Frond, an homage to the Albion of Spybey’s youth (and my favourite of his albums), to which he’d return shortly afterwards. Spybey’s been very public about his disaffection with Vancouver, and it’s tough to not take the title of this record as a reflection of that sense of ennui. For all the praise that’s heaped on the city’s natural beauty, a lengthy composition like “Another Grey World” captures the overcast malaise of its long stretches of un-winter and non-spring: slow tides slip overtop each other with the odd concrete scrape and a persistent fluorescent hum. Despite its droning repetition, “Another Erde” maintains a shrill tension. Brief respite is given with “Another Sky Blue Sky” which points to Spybey’s most celestial, shimmering moments while still holding a dour melody, before “Another Snake” closes things out with unsettling purrs and reverberation lit across a slowly turning organ. A bitter yet heartfelt entry in the DVOA catalog.