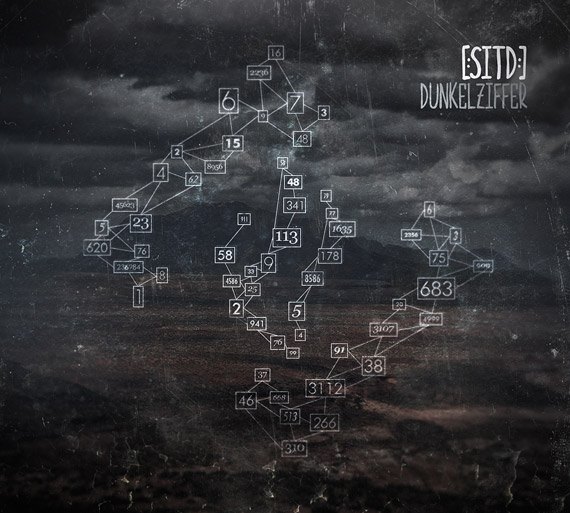 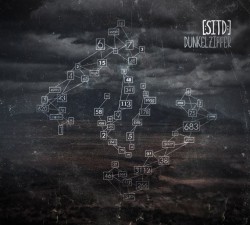 While never having achieved quite the same fame in North America as acts like Covenant or VNV, Germany’s [:SITD:] have steadily accrued club hit after club hit and released solid album after solid album over the past decade. A large part of that success is certainly based on their consistency: [:SITD:]’s programming and leads are handily recognizable while never straying too far from post-millenial EBM club tropes, and Carsten Jacek’s rueful yet classically teutonic vocals are a solid calling card. This formula remains solidly in place on new LP Dunkelziffer; the question is whether, six albums in, this consistency helps or hinders [:SITD:].

Dunkelziffer sounds like an [:SITD:] record, almost alarmingly so. There shouldn’t be anything odd about a band sounding like themselves, but it’s almost uncanny how little the band’s delivery has changed between, say, “Laughingstock” and new cut “Purgatorium”. Staccato leads are woven through a stompy forest of beats, with Jacek’s raspy voice holding court, the drums are dropped for some sweeping pads to build drama before the chorus kicks in. While this has been standard operating procedure from the get go, I wouldn’t want this observation about Dunkelziffer‘s similarity to the band’s existing work to be taken as a blanket criticism. [:SITD:] aren’t messing about with genres or sounds they aren’t extremely capable with, and they’re executing and refining what they are handy with quite well. Unlike, say, the last Solitary Experiments record, the tunes and production on display here stand shoulder to shoulder with the band’s better moments.

We’ve used the phrase “widescreen EBM” to describe the sense of drama that [:SITD:] can wring from their programming and arrangements a few times over the years, and that tradition’s carried on admirably here. The sidechaining on “Autoaggression” is executed far better than on the overwhelming majority of tracks with this sort of pumping kick (though the melody sits pretty close to “Code Red” from 2011’s Icon:Koru), and the clean piano leads on “Memorandum” give some balance to the speedy track (in a fashion somewhat similar to Grendel’s work on Timewave Zero. Even the brief intro and outro pieces are able to set mood quickly with well sculpted pads and programming (leaving aside a past best-by date “Pulp Fiction” sample).

I went out of my way not to reread Alex’s review of Icon:Koru while prepping this review for fear of doing nothing but retreading or responding to it. Giving it a scan now, though, I remember that our discussion of that album was unnervingly similar to what I’ve been writing here. To wit: it’s another [:SITD:] album, and by now we have a pretty clear sense of what that’ll entail. 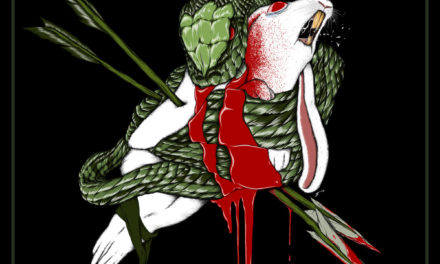