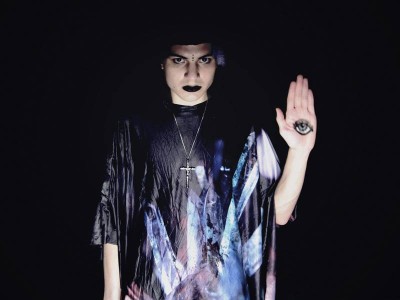 Hey pals! I was just thinking that it’s weird how Halloween has gone from being a kid’s holiday to being one of the best excuses to get nasty wasted while wearing a funny outfit going (although our people seldom need a reason to do that). Doubly weird that Halloween is basically a shifting holiday, with the majority of the celebrations happening the weekend before the actual day itself. Not that I’m complaining mind you, I’d way rather get swerved out on a day when I don’t have to work the next morning. I guess it’s just odd that every year the 31st actually feels like an afterthought in the grand scheme of Goth Christmas celebrations. Still, its hard to be grumpy when the Vancouver fall is so crisp and pleasant and there’s a surfeit of tasty pumpkin beers to enjoy, not to mention some great new tunes to listen to as we approach year’s end. Mr.Kitty has a Vampire Hunter D hand sort of

Gatekeeper, “Imperatrix”
Gatekeeper’s Exo and the attendant “game” that came tied to it were headscratchers to be sure. While it was easy to applaud the artful conceptual underpinnings of a record that sought to create a virtual environment for the listener to inhabit while listening to it, we had also been hoping for some of the smart electro references of the Giza era. New track Imperatrix sort of feels like it’s splitting the difference, playing off Juno Reactor-esque soundtrack indulgences and acid freakouts in roughly equal measure. New album Young Chronos arrives on Earth on November 11th, more details to follow.

Mr.Kitty, “Neglect”, “Unstable (XP8 remix)”, “Unstable (∆AIMON remix)”
Forrest Carney’s 2013 album Life has been a staff favourite since release, and is looking like a pretty strong contender for end of year honours. There have apparently been some issues with the label that released the record, and a planned special edition to feature remixes has been scrapped, leading to the folks in XP8 and ∆AIMON releasing their excellent mixes of “Unstable” for your listening and downloading pleasure. It’s a nice gesture, especially when paired with “Neglect”, a new song from Forrest that shows off some of the post-punk influence in his sound. Do yourself a favour and check out all three, then go buy the record.

Pure Ground, “With the Old Ways”
On our trip to LA last May we got hipped to Pure Ground by way of their Crawling Through / Evaporation 7″. Weird, minimal stuff very much in line with the sprawling and exciting Los Angeles synth scene, though this new track feels a little more aggressive and tense than the woozy fog machine groove of the other material we’ve heard. New tape soon on Chondritic Sound; we’ll be wanting to hear that one most definitely.

Principe Valiente, “She Never Returned”
Sweden’s Principe Valiente’s main strength seems to be in leveraging the sounds of post-punk in service of ready-radio crossover songs. This time out it’s a specifically shoegaze thing they’re going for, replete with washes of “from a distance” distorted guitar and chorus heavy bass and reverbed up drums. It’s a nice tune, and pretty representative of the band at their best and brightest, replete with pop appeal. Let’s see if they can stick the landing on a sophomore album, whenever that’s announced.

Corvx de Timor, “Stay”
Some striking new material from Ben Arp’s Corvx de Timor, released as a pay-what-you-want EP. CdT has always been slotted in and around witch house (and Arp has been decidedly open about the influence on his project’s sound) but this feels decidedly more freeform and IDM-like in spots. Corvx are a great example of how the internet has allowed us to track an artist’s evolution in real time, freed from the cycle of hype and release of the label model. Good stuff, moody and thoughtful. 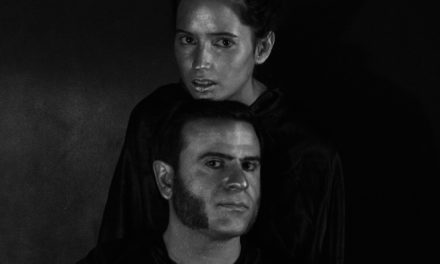