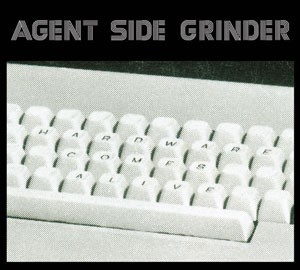 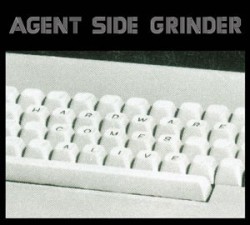 Following up Agent Side Grinder’s fabulous album Hardware with a live record seems like a pretty good idea. After all, a huge part of that record’s appeal lies in the interplay between warm, carefully sequenced analogue synths and the scrappy electric bass and vocals; what better way to shed some new light on that than changing the context in which those elements interact? In practice Hardware Comes Alive gives devotees of that LP something entertaining to chew on, and a new (if muddier) way to enjoy its excellent songs.

In our year end praise for Hardware I wrote that “the analogue synths and drum machines [are] captured with such amazing clarity that the songs veritably seem to play themselves”. What Hardware Comes Alive effectively does is inject a healthy dose of randomness back into the proceedings. Even numbers that have tight sequencing at their heart like “Mag 7” take on a pleasing looseness in a live context, artifacts like the occasional scraping of strings or slightly altered progression adding to the effect. There are spots (like on the Kraftwerk-esque “Rip Me”) where the deliberately lo-fi recording obscures the attentiveness to sound that made Hardware so successful, but that’s to be expected: what’s a live show without some grit?

As befits a concert record, it’s vocalist Kristoffer Grip who makes the biggest impression. Yowling, crooning, chatting with the Lyon audience in French and English (a particularly charming moment occurs when he asks the audience for some help readjusting the stage because he “seems to have danced too much”), he embodies the human element of the band’s man/machine split with gusto. Especially in the performance of the band’s earlier, more post-punk songs like “Die to Live” and “Life in Advance” his voice has a scruffy, manic quality, and there’s no denying that it’s in those moments that the crowd is most present, their whoops and cheers becoming noticeably more pronounced in response to Grip’s delivery.

By their nature live albums are almost universally inessential, their value is mostly to crystalize a specific moment in a band’s evolution, a part of the ongoing narrative of their story. Is Hardware Comes Alive the best introduction to Agent Side Grinder and their material? Of course not, nor is it intended to be. It is however a pleasantly alive recording that emulates the classic bootlegs of the bands that have influenced them, right down to the vintage 70’s cassette recorder it was captured on and lack of post-production. For fans and those intrigued by one of the most interesting bands of the last few years it has it’s charms, and should serve as a handy stop-gap while we await their next move. 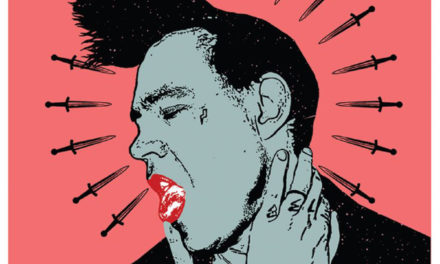