X Marks the Pedwalk, “The Sun, The Cold And My Underwater Fear” 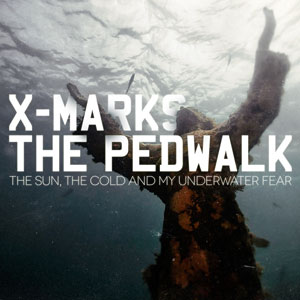 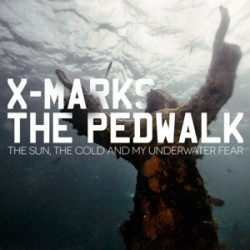 X Marks the Pedwalk
The Sun, The Cold and My Underwater Fear
Metropolis/Infacted

By the time the prescience of X Marks the Pedwalk’s 1996 album Drawback was apparent, the project had already entered a lengthy hiatus. With the rise of millenial club sounds handily presaged by mastermind Sevren Ni-Arb’s transition from Zoth Ommog style body music towards more easily digestible techno sounds, it seemed odd to me that XMTP would reactivate in 2010, just as the nails were being put into the futurepop coffin. That comeback record, Inner Zone Journey, wasn’t without it’s charms, and while it never achieved the heights Ni-Arb (née André Schmechta) had previously scaled, it at least served as a testament to his continued skill as a producer and studio hand. The Sun, The Cold And My Underwater Fear is about as good as the latter record, a more ruminative feel mitigated at least somewhat by the strength of its production.

A quick listen to the latter albums of X Marks’ original run will serve as a valuable point of reference for the listener; it’s not hard to draw the arc from Meshwork and Drawback to The Sun, The Cold. The clean, articulate sequencing and sense of space of those albums is present in spades, and in a few spots yields songs up to their standard. “The Side of the Wrong”, for example, has the drive and hookiness of classics like “Facer” and “Maximum Pace”, albeit minus their purposefulness. And that’s the whole album in a nutshell really: whereas XMTP was always about forward motion, this LP feels more reflective and meditative, even when it has the tempo turned up.

I’d much rather Schmechta not force urgency if it isn’t what’s driving him creatively in 2012, and he thankfully avoids the limpness and navel-gazing of so many mid-life crisis records. That said, as he makes it clear with his decision to put the slow, sad “You Are Gone” in pole position, this isn’t really a record geared for dancefloors or DJs. That agenda is shored up immediately by “Don’t Lie to Me”, its eight minute length disqualifying it from club playlists despite its 4/4 beats and yearning chorus. It’s a number that could easily have been edited down into a snappy little single but prefers to play out in a more languorous fashion.

Once the idea of a pensive X Marks the Pedwalk sinks in, the record snaps into better focus, shaking off the expectations of a legacy act and uncovering some pretty good moments, especially in the backhalf when the spritely “Run! Run! Mary!” gives way to the sprawling instrumental “MKK.2”, two very different but still very Pedwalk-like takes on where EBM and techno meet. I’m less fussy about “Nightfall” and the title track. While they provide a nice, downtempo emotional core to the LP, they also don’t work that well as individual songs. In context they’re just fine, in fact everything on the album plays that way, while the peaks and valleys each lie closer to the middle, at least there’s a consistency and flow across its length that speaks to the thought put into it.

I’m not entirely sure how XMTP fans will take The Sun, The Cold And My Underwater Fear. It’s not the most immediate album and honestly if I hadn’t had the writing of this review as an impetus I might not have given it the attention it needs to reveal itself. I’m glad I did for what that’s worth, and while it’s anyone’s guess whether you’ll like what you find upon closer examination, it’s at least worth the effort to try: in a scene with its share of folks desperately holding onto past-glories, Sevren made an album about where he’s at right now. There’s something to be said for that.