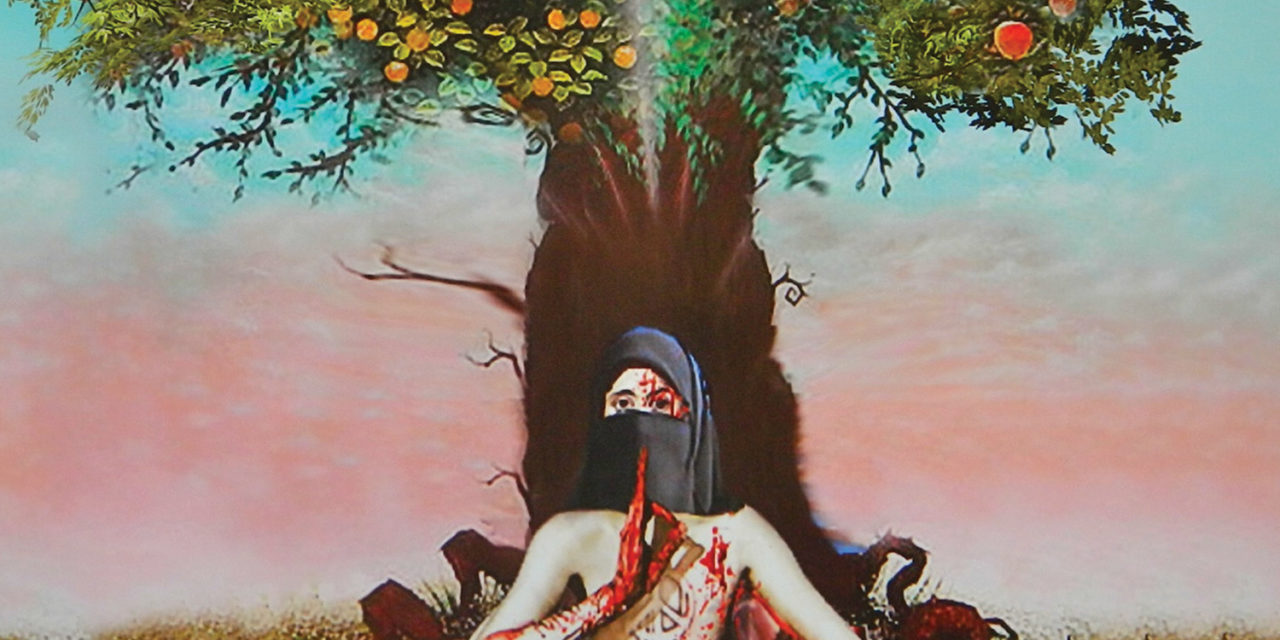 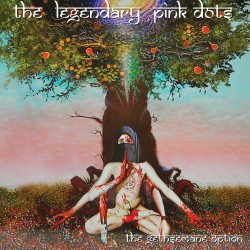 To become a Pink Dots fan is to enter into a compact with a very particular sort of friend, a cynical, visionary character with whom one gets into the most ridiculous yet affecting spells of raconteurship at the mutual local. To become a Pink Dots collector is, as Oxbridge’s best said, something completely different. Tracing the itineraries of Edward, The Silverman, Martijn De Kleer, Niels Van Hoorn, Ryan Moore, and their fellow trippers back through the annals of time is akin to taking Jorge Luis Borge’s guided audio tour of the Winchester Mystery House: schedules and topographies are mapped by folks operating on an entirely different plane of existence than us plebs, with jam sessions, solo/side efforts, archival releases, and serialized works (the now-ancient Alchemical Playschool series) all punctuating “proper” LPs. If I’m tracing the labyrinthine pathways of the LPD discography properly, The Gethsemane Option is indeed the first proper LP the Dots have put out since 2010’s Seconds Late For The Brighton Line, and the gap of two full calendar years between albums is indeed a singular lacuna in their oeuvre. While Brighton was the best work they’d done in several years, it felt marked by the sudden absence of Martijn and Niels. Gethsemane displays a resolute and steely confidence which I don’t think we’ve heard from the Dots in well over a decade: now consisting of the core songwriting duo of Edward Ka-Spel and The Silverman, these two seasoned voyagers offer a cool and unblinking ascension into pure astral space.

Consisting of seven lengthy, and surprisingly percussion-forward tracks, Gethsemane brings, if not outright aggression, a steely resoluteness and propulsion which is a world apart from the pillowy loveliness of mid period Dots fare. “A Star Is Born”‘s ice cold strings and tinkles, matched with minimal and scrapy drum programming, acts as the entrez nous to a very severe iteration of the Dots’ aesthetic. “Such a cruel, cruel world,” Edward intones amidst itemizations of isolation and disaffection. That track’s uncaring beat almost continues unchanged into “The Garden of Ealing,” a more earthy but no more yielding cut. There are minimal core structures, mostly composed of drums, Edward’s vocals, and shimmering pads, with the odd clang or bleep in the side of the headphones connoting space debris as you drift further away from the warmth of atmosphere and into an uncaring vacuum. Whether the “option” the Dots offer in the Biblical garden of Gethsemane is voluntary martyrdom or heinous but necessary betrayal is up for grabs, but the cool, metallic bounce of “A Stretch In Time” (with Edward caustically chiding “you always leave the gas on”) hints at the latter.

Things are temporarily brightened by the simply gorgeous “Esher Everywhere”, connoting “The Love Theme from Mystery Science Theatre 3000” as much as The Cure’s “Plainsong”. Edward lets his now-trademark cynicism slip for a few minutes, with slow, winding drums carrying his voice up and out in an ode to reconciliation and possibility. Light guitars appear for the first time, and everything rises and converges in a blur of soupy samples and pure Silverman prog jam. The completely sparse and meditative “Pendulum” is a breathtaking aperitif, free of pessimism or expectation.

I’m tempted to make some comment about the significance of the Dots’ first record for Metropolis (technically not their first NA release, but certainly the most high profile) being such a dark turn, but while the new deal should work out well, the Dots are very much a legacy act: the very definition of a cult band. Much like the hapless townspeople of Lovecraft’s “Nyarlathotep” most of us have been in their thrall ever since the day their perpetually touring medicine show rolled into our burg, and we’re simply part of the procession now, trailing like comet dust as the Dots move onward, outward, darker now.