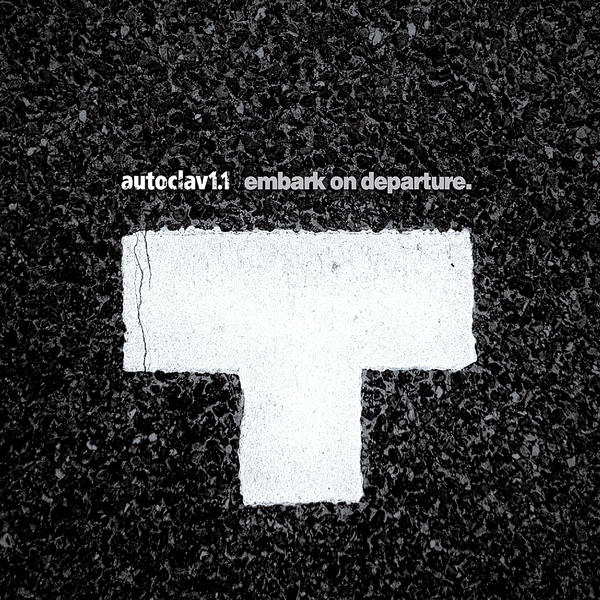 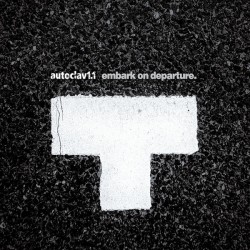 To my mind, Autoclav1.1 are among the quintessential bands on Tympanik, at least as far as offering an exemplar of what that label’s all about. It’s nigh impossible to put a finger on what it is that defines and unites releases from Tympanik (aside from an almost frighteningly good signal-to-noise ratio). The records they release might be noisier than most, though they’re certainly not Ant-Zen – few of its artists have a strict powernoise agenda. You could, in all likelihood, listen to and discuss most Tympanik albums with almost any fan of electronic music without ever mentioning the word “industrial”, and while yr companion might think that there was something “different” about the records, they’d be hard pressed to say what it was. That je-ne-sais-quois might not necessarily lie in the particular elements or sounds of Tympanik records, but maybe in the evolutions of the artists at hand which guided them to those sounds. Coming up in Our Thing can’t help but leave an impression, and like a palimpsest that history might be what shines through on Tympanik’s releases. Evolving via industrial’s as good a lens as any through which to think about Embark On Departure.

Coming from a background in music promotion, England’s Tony Young has been honing a very particular blend of electronic music over his previous five LPs, and continues that progression on Embark On Departure. Starting in a rhythmically noisy vein (but without really making rhythmic noise, if that makes any sense), Young’s been slowly adding more and more orchestral and traditional instrumentation to the project’s electronic base, with the latter component lashed tightly to the former. Autoclav1.1 tracks often feel like tiny, gear-powered automata: kinetic movements often appear to be taking place of their own accord (melodic piano and guitar), but which are in fact the product of intricate engineering beneath the surface (the electronic programming).

Tortured analogies aside, the melodic aspect of Autoclav1.1’s been growing over the years, culminating in 2010’s All Standing Room In The Goodnight Saloon. That album’s pronounced use of major key piano lines certainly bolstered the more plaintive and vulnerable side of the project, though relying so heavily on piano did cause many of the tracks to blur together. This time, the piano’s subsumed within a richer orchestral palette, and while it does on occasion still overshadow other elements, it’s utilized far more effectively. The balance between melody, orchestration, and underlying electronic texture is a difficult one to achieve, and in its better moments, Embark Upon Departure reminds me of the cinematic side of ex-Beefcaker Volker Kahl’s work as Kattoo. “Three Hours” slows the piano down to a more impressionistic pace, and offsets it nicely with a combination of warm, soupy pads and chunky breaks.

Embark does have its more aggressive moments. The amen breakapalooza of “Recent Conversation” carries one the core elements of 90s DnB into the present day, laying it atop of some wonderfully rounded pads. The downtuned guitar crunch and stompy beat of “Scars” gives a welcome environment for another vocal turn from Claus Larsen after his appearance on All Standing Room.

Without making any quantum leaps, Embark On Departure shows Young nicely stepping forward on the course he’s charted. Longtime listeners will appreciate the new, subtle additions to Autoclav1.1’s ethos, and newcomers will be impressed by the balance and juxtaposition of some familiar elements the record offers. Our hypothetical listener unfamiliar with industrial might not be able to find the source of what sets Embark On Departure apart from other electronic records they’d hear this year, but they’d certainly appreciate the distinction.