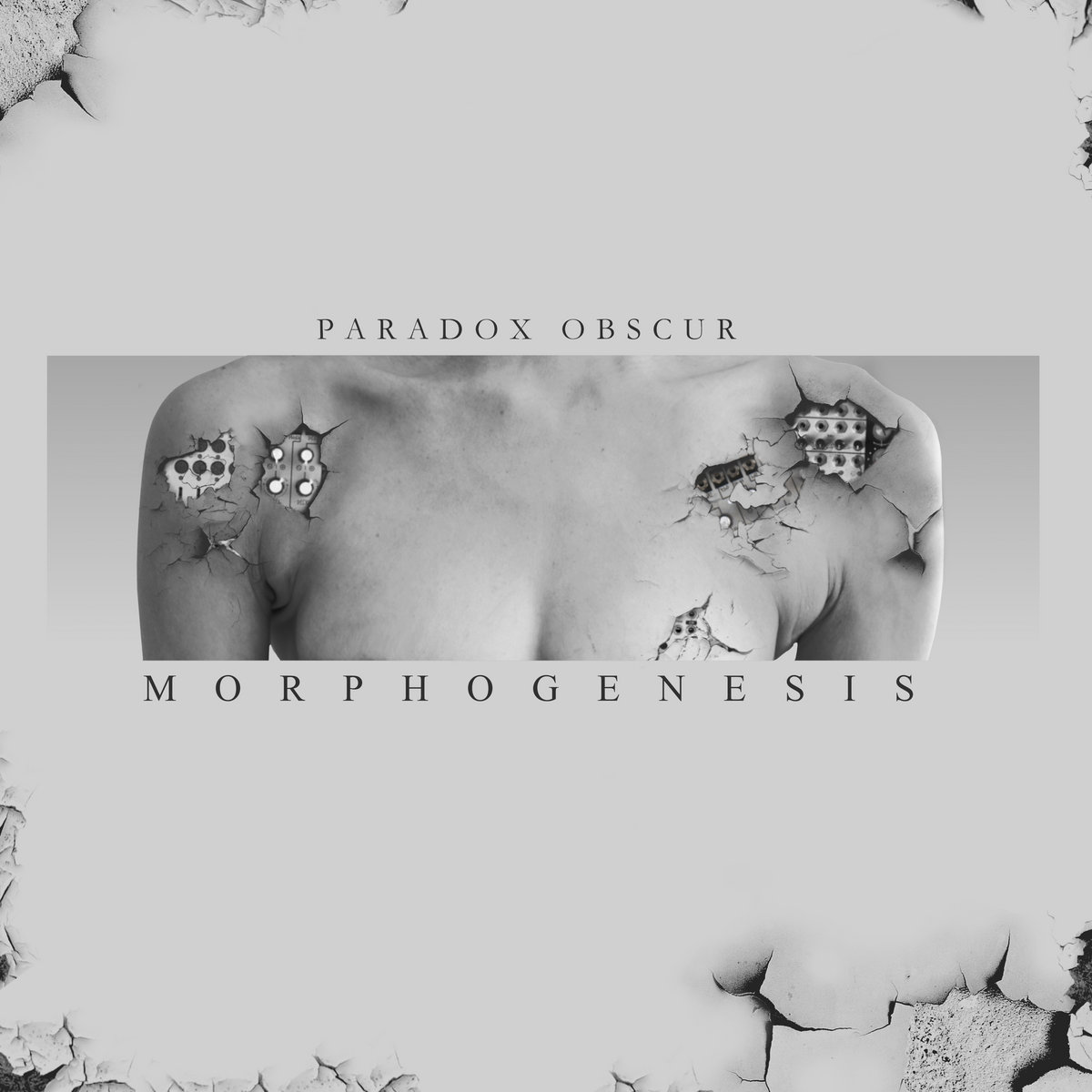 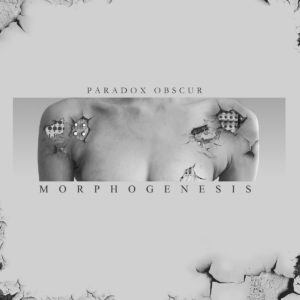 The promo copy for Greek duo Paradox Obscur’s new LP makes a point of highlighting how the wave project foregoes modern sequencing, playing and manually triggering their synths and drum machines to preserve a certain spontaneity at the recording stage. Whether or not you can identify that particular ethos in the songs on Morphogenesis is arguable, but it’s certainly in character for the band; members Toxic Razor and Kriistal Ann favour a style of synthesized pop music that falls in the dark and minimal wave spectrum, executed with a mind towards continental dancefloors.

It’s a sound that Paradox Obscur have dialled-in solidly, and in the album’s best moments you can hear echoes of Absolute Body Control, Oppenheimer Analysis and perhaps most notably early Die Form. The chattering synthline that underpins the deep kicks and melancholic tones of the fast-moving “Wild Silk” has that classic sense of pre-midi, pre-quantized funk to it, a groove that can only exist via the limitations of analogue synthesis. Similarly, the sinister “Animal Reactor” gets much of its mood from a halting shuffle baked into its arrangement, as its chirping and echoing synths bounce around Kriistal Ann’s alternately breathy and icy vocal. And when the band go upbeat on “Evo-Devo” there’s a genuine charm to the short, chopped synthlines that establish melody around classic electro-pop sounds.

Paradox Obscur demonstrate a lot of skill in their chosen style of production and arrangement, and the album’s relative brevity certainly keeps it from growing stale during any given listen. That said, there’s a distinct thinness to some of the material, if not in terms of actual sonics (as noted, the band know well how to record themselves to good effect) but in terms of imagination. Playing on a classic synth style means walking the line between inspiration and rote recreation, and while a number like “Pollar” is pleasant enough, it feels imitative of old school synthpop, albeit well-executed. Whether that’s a flaw worthy of comment or not is up to the individual listener, but I did find several numbers in the album’s back half (including the mirrored instrumentals “Monoclone” and “In Vitro”) melted into a pool of tasteful analogue synth programming.

With their distinctly retro-facing aesthetics and presentation as an integral part of their approach, Paradox Obscur self-select the audience for Morphogenesis; those seeking that specific classic synth sound without tangible modernization beyond the clarity of the recording will find plenty to dig into on the album’s nine tracks.