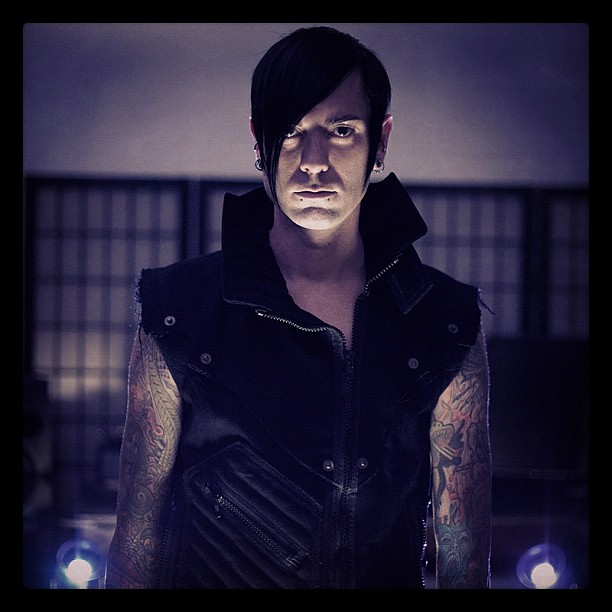 Is this post surnamed Ryder? I only ask because new music makes for a happy monday! Please find below some new and newish songs we like that have loped onto our radar in the last week or so. We’re trying to encourage a little more interaction with folks here on the site proper (rather than our Facebook, although we love those comments too!), so if you happen to know of any hot new jams we might be interested in, please, feel free to leave ’em in the comments or e-mail ’em to us. We’d sure appreciate it! On with the show! 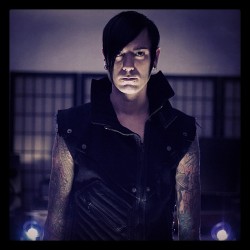 I bet you were expecting a haircut joke. Nuh-uh, that's hacky.

Inure – This is the Life (Aesthetic Perfection remix)
I’m gonna cop to some ignorance here… I don’t know nothin’ about Inure, except that they have a real cool typographic cthullu t-shirt design, and have signed to Metro for the release of their new album The Offering. A quick perusal of their Reverbnation profile would seem to suggest a hard electro-rock kinda sound, whether that’s the result of production by Ted Phelps of Imperative Reaction fame (whose own work has been leaning in that direction of late) I couldn’t tell you, but it’s working for me. I like the little hints of Doug McCarthy-delivery peeking around the edge of the snarly vocals on this nice heavy EBM mix from Aesthetic Perfection, who can’t seem to do any wrong remix-wise lately. This will be featured on the digital single for “This is the Life”, out in late January, look for us to do an End to End on that.

Dismantled – Disease (Stiff Valentine remix)
First time I ever laid eyes on Stiff Valentine’s Loud Chris, he was playing keytar on stage for Dismantled, way back in 2004. Ah, memories. Anyways, the version of this song that appeared on Vampire Freaks’ free to download Cry for Death compilation has been getting some club spins from me for a minute now, and I was pretty interested to see what the Van City industrial-metal juggernaut that is SV would do with it. Turns out they added some guitar (well duh), but there’s also some very nice programming touches on it as well. It plays real nicely as a rock song, and is an appetite-whetter for the forthcoming Stiff Valentine remix disk on WTII, which we’ll be talking about here in a few weeks.

Spectra Paris – Golden Eye/You Only Live Twice
I’ll spare you the usual spiel about how as a Kirlian Camera related project Spectra Paris is guaranteed to get written about here, and just say that Elena Alice Fossi dresses kinda like a Bond girl already, making this cover-medley extra appropriate. Come to think of it, the second Spectra album was called License to Kill and was awash with references to the franchise, so maybe this was an outtake from those sessions? Damn it, where’s my N64 at, I could use a few rounds of Golden Eye right now.
GOLDEN EYE (You only live twice) 160 kbps by SPECTRA*paris

R.I.P.(Roppongi Inc. Project) – Don’t Kill Yourself
R.I.P.’s Temporary Evacuation EP from last year was a very cool blend of techno-fied EBM and cinematic textures, one we rather enjoyed. This new jam is a little more on the straightforward dancefloor tip, but very well produced and bass heavy. Sometimes I get a real craving for instrumental stuff in this vein, and this fits the bill perfectly, all bass and 4/4 drums with an excellent build to the top. Some of Russia’s finest right here.

Displacer (feat. Jamie Blacker) – Ghost Riders in the Sky
Between this and that Access to Arasaka joint ESA’s Jamie Blacker has been lending his voice to some top notch atmospheric, IDM-flavoured material lately. Love to hear him do a longer collab with Displacer’s Mike Morton, who put out an excellent album last year as he has been doing consistently since 2003. In fact, I would certainly pay good money to hear these guys do a whole record of cowboy songs, can you imagine? There’s a sense of melancholy in songs like “Buffalo Gal” and “Home on the Range” that these fellas would nail. I get chills just thinking about it. This one’s a free download from Soundcloud!
(Ghost) Riders In The Sky (feat. Jamie Blacker) by Displacer