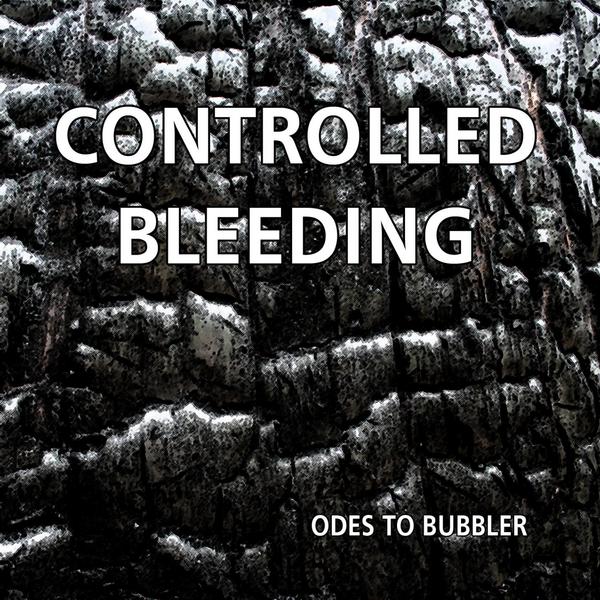 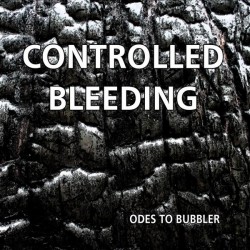 January prompts mixed emotions amongst the ID:UD staff. On one hand, we get to rub our hands at the thought of all the albums the year ahead promises. On the other, we get to smack our foreheads when we realise that Awesome Band X put a record out in the now receding year which we completely missed out on. Here’s the first of what could be several “mea culpa” style reviews.

Angels fear to tread in Controlled Bleeding’s discography. That’s not because their music is aggressive, ominous, intimidating, and violent (while it is those things it’s also beautiful, calming, and impressionist), but because their near-incalculable number of releases defies easy taxonomy, even with regards to format. “Is this an LP or a live disc? A greatest hits or a from-the-archives comp?” Things don’t get any clearer when it comes to the music itself. From industrial metal to dark ambient to art rock to dub, even to truly moving experimentation with sacred music, Controlled Bleeding’s work covers a dizzying range, often in the space of a single album.

Odes To Bubbler carries on this disorienting tradition at both levels: it’s a mix of six new tracks and pieces culled from similarly convoluted releases and sessions from the past five years (with some live bits added for good measure), and changes stylistic gears at breakneck speed. Furthermore, if like me you haven’t stayed abreast of Controlled Bleeding’s output since Paul Lemos reactivated the band in 2002 (learning about bands this prolific twenty years into their career puts you permanently behind the eight-ball: you’ll never catch-up), there’s the additional shock of just how radically different their contemporary material is from their 80s and 90s work.

Up first are the brand new tracks – riff-heavy, psych-tinged krautrock which blazes along at an alarming pace: an odd if immediately arresting and grokkable hybrid of Can and Lightning Bolt, perhaps. As far as this material’s connections to the rest of Controlled Bleeding’s work are concerned, the closest analogy I can think of is Wire’s Read & Burn EPs: a surprise move to a ferociously aggressive mode from a long-in-the-tooth band that has one foot in the original, uncompromising experimental modes from which they sprang and another in the camp of younger bands who have modernized those templates.

If there’s a unity, albeit a frenzied one, to the new half of Odes, the second half (featuring contributions from since-deceased vocalist Joe Papa) does everything in its power to undo it. After some gurgling ambient prettiness, “A Love Song In Two Parts” descends into a power electronics maelstrom for six minutes. Providing an immediate counterpoint to an example of a recognizably “industrial” vein of noise, Odes then serves up nine tracks (averaging just over a minute apiece) of the sort of spastic, free-jazz influenced noise rock which Japan has been doing so well for the past few decades (think Ruins at their most unhinged). Things then “settle down” with a looping industrial percussion track (“Grinder’s Song”, perhaps the most archetypal Controlled Bleeding track found herein, however one wants to take that), an ambient chimer, and another free-jazz freakout as a closer.

Odes To Bubbler is nothing if not a grueling listen, but that’s pretty much entirely owing to the fractured set of sounds it abruptly kicks between, seemingly on a whim, rather than the abrasiveness of those sounds themselves. An album made up entirely of just one of the styles represented on Odes could easily lose its immediacy: here you’re never afforded an inkling of premonition. While not an industrial record as such by any stretch, it does show just how much territory there is to explore when you take industrial as a starting point – one of the genre’s earliest innovators is still finding new realms of noise over thirty years later.