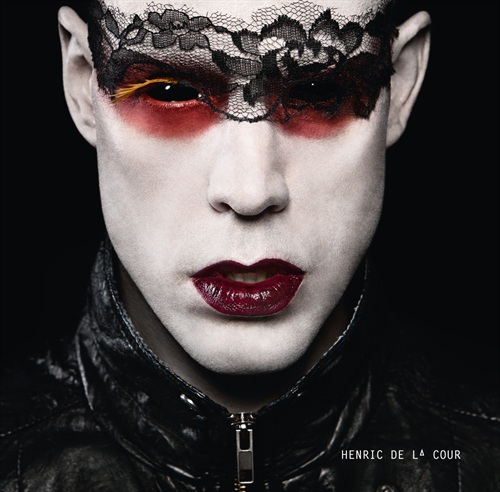 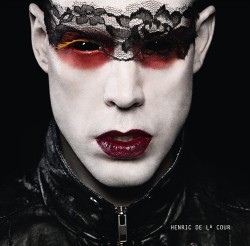 There must be something in the water in Sweden. The amount of amazingly good Swedish music pertinent to ID:UD’s coverage is kind of staggering, and the country will undoubtedly be making a strong collective showing in our year end best ofs. Henric de la Cour’s debut solo album of emotive new wave tinged electropop fits nicely into that zeitgeist, a collection of strong, accessible songs he made during the hiatus of his project Strip Music, itself a band formed from the remains of his most well known group Yvonne (Christian Berg, a member of both bands, is doing similar and equally fantastic music as Kite currently.)

The strength of the songwriting is what sells Henric de la Cour. There’s a tendency for music in this vein to be gratingly shallow, more concerned with recreating musical signifiers of the eighties without ever bothering to pen songs on the level of the bands that made those forms so enduring. Certainly, de la Cour is an accomplished and charismatic vocalist, but if he were using those considerable talents in the service of regurgitating the same tropes that have become endemic of so much new school synthpop, the record wouldn’t be remarkable. Take the astonishingly affecting single “Dracula”. It surely bears the mark of someone who knows an Ultravox record or two, but doesn’t settle for imitation, instead using plush bubbling synthwork as a starting point for build a sensuous groove that sounds anything but dated. Similarly, if the slow, sweet sparkle of “80’s” makes you think of the High School prom you wish you had, it’s because it so handily evokes a melancholic sense of nostalgia, not because it stooped to ripping off the soundtrack to a John Hughes (whose name has sadly become lazy music writer shorthand for “eighties + emotional + synthesizer”) film.

If the songwriting shares the spotlight with Henric on the album, it’s not because the arrangements aren’t equally worthy of praise. The sparse bass, drum machine and organ workout “Dogs” builds to a full on break out with an understated wash of distorted guitar in its final third that speaks to an understanding of tension and release, while “Sally” juggles the same elements into a correspondinly fresh and invigorating formation. De la Cour’s rich croon remains front and center in the mix throughout as befits a record bearing his name, but these songs are his and he knows how to maximize his presence, never afraid to step back and let the song breathe as on opener “Hank Solo” where a good three and a half minutes passes before he makes an appearance.

The classic error of any musician accustomed to collaboration is to go overboard with the freedom afforded by a solo project. Henric de la Cour is the work of a musician and vocalist confident enough to avoid that pitfall. Charming, tasteful and bracing in equal measures, it’s a gem in the current renaissance of wave music, and an impressive calling card for de la Cour himself. Highly recommended.