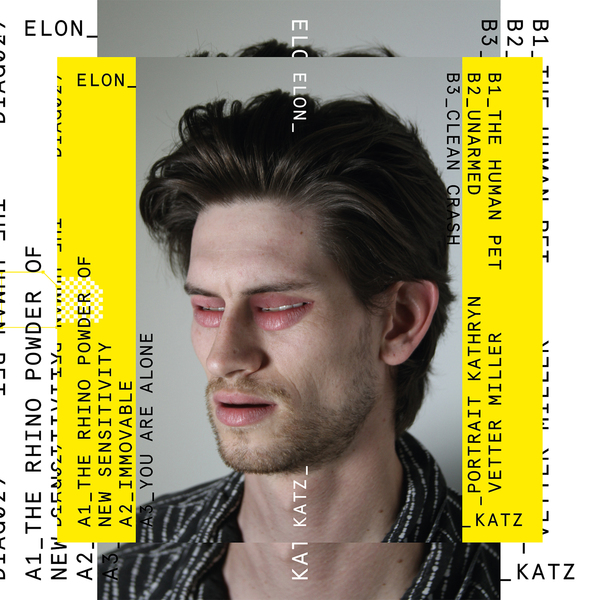 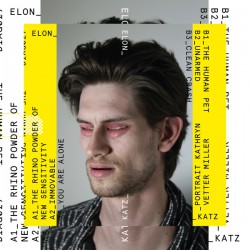 Though only approximately half a decade old, White Car’s discography already sounds broadly prescient. The one LP and three EPs assembled by Elon Katz and Orion Martin connected the dots between industrial and techno, underscored the importance of funk to classic synth records, and unabashedly celebrated weirdness at a time when anything with a trace of EBM was resolutely po-faced. Many is the time I’ve found myself listening to recent records by everyone from High Functioning Flesh to Vandalaze to Arca and thought about how canny and ahead of the curve releases like No Better and Everyday Grace were. Four years after the release of the latter, White Car mainman Katz has a solo EP which sounds as though it won’t be caught up with until 2020.

The Human Pet is a head-fuck of a tour through techno, EBM, industrial, and pop sounds, often broken down into component pieces then reconnected via hard drive fragging, with Katz’s unnerving but seductive vocals acting as the one guiding thread. The shift away from heavier slabs of funk on the White Car EPs to delicately sequenced patinas of tinkling synths on Everyday Grace is carried forward here, with a stronger focus on pinched and bending synth sparks, as on the exquisitely named “The Rhino Powder Of New Sensitivity”. “You Are Alone” starts with spritely checkmarks of synths, then makes a hard right turn into a rock garden of heavily-thumbed, indolent and rubbery sounds. I can only hazard a guess that it’s this bright but often acerbic aesthetic which the PR copy is referring to when it describes the EP as “citric pop”. “Immovable” and “The Human Pet” stick closer to a heavy foundation of blocked in beats and tightly sequenced bass, but are still miles away from being straightforward bangers in any sense of the world. More than anything they’re evidence of how well Katz has been tracking the outre corners of techno since the dissolution of White Car.

In addition to the music pressing forward, the oddly figurative descriptions of relationships and power which often marked White Car lyrics are reworked, this time around the titular role Katz assigns himself. “Immovable”, “The Human Pet”, and “Unarmed” have what I can only call a sense of confrontational submission, rendering super-liminal the trade-offs we tacitly make day to day. I’ll leave it up to other listeners to interpret the Corinthian-like artwork in that regard. Katz’s vocals, which have often run full-bore into madcap theatricality, are still generally unhinged but are alternately marshaled into a smoother, almost 90s RnB type delivery, that keeps them from ever being dismissed as a superficial oddity.

Given the remit of this website, I suppose I could make an attempt at arguing the hows and whys of The Human Pet‘s connection to post-industrial culture, but after spending a few days soaking in the EP that feels like a rube’s game. Like Wire and Art Of Noise decades before him, Katz has been spending his time studying the sonic terrain of today (and tomorrow) not to triangulate the zeitgeist, but to evaluate salvage materials. Whether you want to say The Human Pet is him drafting a survival plan, cobbling together a vehicle that runs on waste, or perhaps vat-growing one of Deleuze’s bodies without organs, Katz is touching down only for a minute before kicking off into some fucked up future he’s re-engineered himself to thrive in. He’ll probably have moved on by the time the rest of us get there.