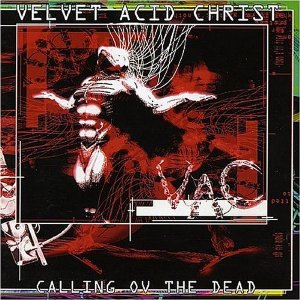 It’s time once again for The Pitch, wherein one of our senior staffers tries to sell the other on the merits of an album they haven’t heard before. In this installment Alex gets sick of Bruce not knowing what he’s talking about whenever he starts waxing nostalgic about old Velvet Acid Christ records and does his level best to remedy this… 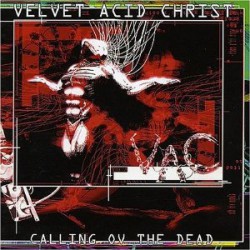 Alex: It’s kinda tempting to paint Velvet Acid Christ as our thing’s equivalent to a Venom or a Bathory; a somewhat cartoonish niche act of yesteryear, whose importance is mostly measured via their influence and nostalgia rather than the strength of their catalogue. I think that’s a bit of a disservice to Bryan Erickson, though: for one thing the guy has never stopped putting out records (I thought last year’s enjoyable Subconscious Landscapes was particularly underrated) and I think his original run of electro-industrial albums holds up quite well in context. There’s always been a gothic, druggy psychedelia to VAC’s productions that I liked, and while some of the sonic tics on Calling Ov The Dead date the album, it’s more fun than it is grating to my ears. I get that this is something of an acquired taste and I fully expect this to be a tough sell to Bruce, who isn’t conversant in any of the Velvet Acid Christ catalogue (in fact I considered pitching him the smoother but less interesting Fun With Knives or Twisted Thought Generator). That said, I think he’ll be able to connect the dots from contemporaries like Mentallo & The Fixer or Numb and maybe discover some of the charm that has kept the band so beloved by a large number of fans.

Bruce: I’d balk at the Bathory comparison as I feel much of Quorthon’s catalogue’s done quite well for itself after his death, but yeah, I get where Alex is going on the Venom tip. Anyway, unlike my colleague, I never had a VAC phase. My late 90s exposure to the project was limited to hearing “Phucking Phreak” once on a road trip to see The Cure, folks on message boards discussing Bryan’s gravity-defying hair, and a respect for his staunch commitment to veganism and animal rights and placing those issues in the center of his work (as I was informed of second hand). I’ve always been a bit curious about the candle some folks hold for the band, so rest assured that while Alex’s “you had to be there” pitch holds true for me, I went into Calling Ov The Dead in good faith.

That said, I do remember the book on Velvet Acid Christ from the band’s detractors being that Erickson cribbed too heavily from the classic Skinny Puppy formula, and I’ll admit to keeping an ear open for that. While I’d be lying if I said that S’Puppy wasn’t somewhere in the record’s DNA, more contemporary sounds like those mentioned by Alex do feel more pertinent to Calling Ov The Dead‘s blend of distorted vocals, wormy programming and rigid drums. Hell, there might even be some overlap with Freeze Frame Reality-era Haujobb on “BSAT2”. While it’s in sync with the sounds of the time (at least as I remember it), I did find myself a little let down by the rhythms and core structures of many of the tracks, which stick to an upper mid-tempo stomper format without much in the way of dynamic shifts over their run-time.

On the flip side, I found the pads and textures which hang around the intros and outros to hold much more promise. The scraping, lo-fi, overdriven guitar on “Phucking Phreak” is a good complement to the harpsichord style leads, and at numerous points there’s a distinct shift away from 90s electro-industrial to straight up darkwave. It’s generally the slower and more open songs which allow this side of VAC’s sound to flourish, like “Timeless Visions” and “Decay”. Yes, some of the synth sounds and guitar production do sound a bit dated, but they’re very much a product of their time and do hold some appeal in reminding me of pre-futurepop club floors and compilations. Heck, I can maybe even hear some of Erickson’s particular mix of elements in some newer bands like Apriorism.

One of the aspects of Calling which I can’t be as forgiving of, though, is the excessive sampling. Nearly every track begins and ends with lengthy bits of movie dialog, which almost completely overwhelm Erickson’s own vocal contributions in both quantity and confidence, detracting from the otherwise affecting personal tone to the lyrics. But it’s not just the amount of sampling which proved a distraction, it’s also the sources VAC avails itself of. In the first three tracks we’ve heard innumerable snippets from not one but two Brad Pitt blockbusters (Se7en and 12 Monkeys), with no less familiar a 90s cultural touchstone than Scream making an appearance. In 1998 there was absolutely no escaping water cooler fodder like these flicks, and however “controversial” or misanthropic the core message of the dialog, it can’t hold up to the weight of the context from which it stems. Rather than augmenting VAC’s compositions, Kevin Spacey’s impassioned speechifying and Drew Barrymore’s shrieking become the listener’s sole focus. Instead of listening to a moody post-industrial record, we have an Entertainment Tonight Halloween montage circa 1996 with some punchy background music. Yes, VAC’s influences went sample-happy from time to time, but “Rivers” is the exception rather than the rule, and even it reached back twenty-odd years to pull Fearless Vampire Killers from the video store’s cult rack alongside the more recognizable Kubrick clips.

All that being said, even when Calling Ov The Dead wasn’t impressing me, it certainly wasn’t boring me. I can see how a more psychedelic and atmospheric twist on established club templates would appeal, and I could definitely see myself cherry picking other VAC releases for songs which emphasized that side of Erickson’s work. While I certainly haven’t been converted to the Church of Acid, Calling Ov The Dead did give me a glimpse of why some might look back on VAC releases of this ilk so fondly. I guess you did have to be there, though I’m not kicking myself that I wasn’t.