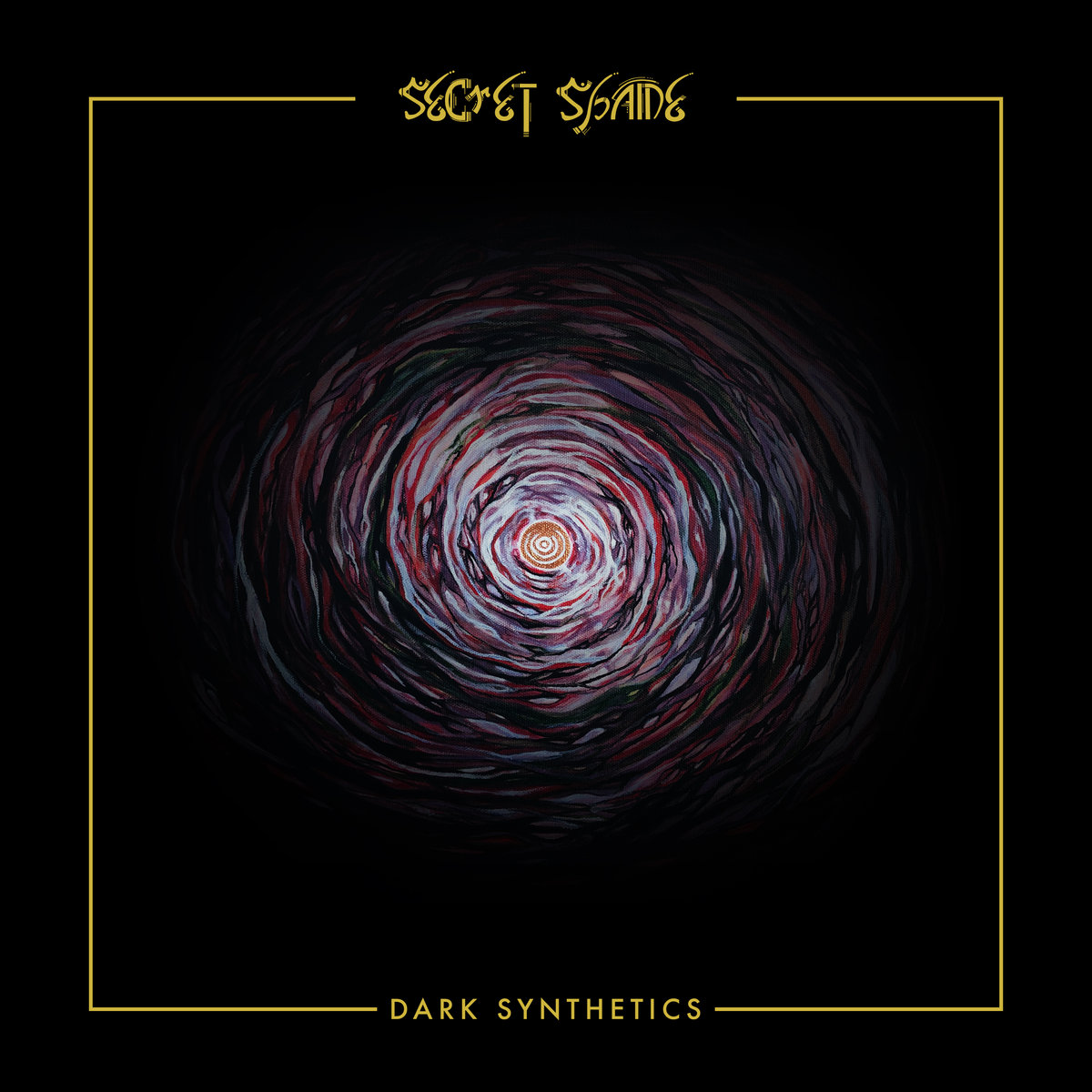 North Carolina’s Secret Shame have recorded some very driving and energetic goth rock for their debut LP Dark Synthetics. While often tagged as a post-punk act, their sound has a lot in common with the UK acts that drew on early goth’s pub-rock and glam influences, with a dash of American death rock for flavour. The results are good in all the ways straighforward goth rock can be; the songs are dramatic and camp in equal measures, with urgency and plenty of atmosphere slathered atop.

The heart of every song on the LP is the rhythm section, which pairs fast, punky bass playing with rumbling drums that roll forward and create momentum and rhythm guitar for extra muscle. Spiny lead guitars are then mixed to pierce through the din, reinforcing melody where needed, and setting up vocalist Lena’s forceful contralto. It’s a solid recipe, and in practice has a ton of versatility: “Comfort” feels like a pumped-up version of an early Cure track, where “Creature” has a nervous, chattering vibe, its fast tempo providing lift for big vocal spikes and short blasts of guitar notes.

The back half of the LP shows the band slowing things down somewhat, allowing a little more room in the mix for breathy keys and the opportunity for Lena to explore the upper register. “Haunter” and “Calm” show the band moving at slower speeds without losing any of the tightness or drive of their more aggressively paced tracks. The former is especially good, inserting big drum rolls and male backing vocals to match Lena’s more ethereal approach. Closer “Storm” splits the difference, slowly building to a burst of noisy, squealing guitar and triplet kicks, intense and brooding in contrast to its sanguine opening.

At under a half an hour in length, and with most songs clocking in between 3 and 4 and a half minutes Dark Synthetics is the work of a band who have figured otu what works for them and how to present it in a digestible package with no wasted time or effort. Efficiency in delivery without sacrificing mood and liveliness is nothing to scoff at, and is a big part of what makes Secret Shame appealing; they come across as a band with no time to waste, and lots of effort to get across.