Happy Canadian Thanksgiving y’all! I’m thankful for a lot of things (my friends and family, my cats, my awesome job, the city I live in) but this year I’m especially thankful for all the folks who’ve taken the time to read I Die: You Die and especially the folks that have let us pester them with interview questions. I don’t know if I’ve mentioned this before, but I never expected the amount of positive feedback we’ve received in the short amount of time we’ve been doing this, and I gotta say it’s been hugely motivational to me to up my game in the writing department. Not to get maudlin about our silly little website or nothin’, but we know there’s other outlets for information on the stuff we cover and we appreciate the amount of eyeball time you’ve let us have. Thanks everybody!

Anyways, the ID:UD senior staff has a big fat Whole Vegetarian Thanksgiving dinner on tap and I gotta listen to like, five Gary Numan records for a piece we’re writing so I’ll get on with the show. Here’s some cool new and newish songs for you to enjoy!

Javelynn – Wannabe (Gordonius Shumway remix)
Here’s a fun one! Ex-Ashbury Heights vocalist Yaz’ project Javelynn will be putting out their debut LP Chimaera at Heart on October 28th, coincidentally the same day that Auto-Auto (one the members of which is responsible for this free-to-download, chiptune flavoured remix, although I gotta confess, I like the idea that ALF did it) will be releasing their new record Dancing Through Dark Times. Out of Line’s batting average on electro-pop is pretty stellar, and both records are hotly anticipated round these parts. By the way, head over to Facebook and “like” Javelynn’s page, at 1000 they’re gonna release a free remix of the song “Wonderland Funhouse” by Ashbury Heights (which I think we can reasonably assume means there’s no hard feelings between the former bandmates) and a new video. Did you see the clip for “Wannabe”? It’s cute.GHXST – Evening Redness
Just when I think I caught up on all the music that came out while I was away, I discover something else I’m interested in slipped under my radar. GHXST play what they call “dethrock” which doesn’t bare much resemblance to “deathrock”, it’s more like a churning, heavily reverbed noise-rock vibe with little goth-rock touches. Dig that drum machine! This is free from September’s Evilwickeddesire release, which you can snag on bandcamp. As with most stuff of this stripe, it benefits from being played super LOUD. Also a case where the rough production probably serves as a benefit rather than a hindrance.


Kant Kino – Forgotten Faces (SKL remix)
One of the first bands we ever talked about here on ID:UD was Kant Kino, and they’ve more than justified themselves as a band worth following, with both their strong debut LP and their great string of remixes this year. This particular remix is by Eskild Trulsen, who was a member of norwegian techn-industrial group Anstalt. I seem to recall their track “Cybers” being pretty hot, but it’s not online anywhere I can find. Shucks.

Caustic – White Knuckle Headfuck (Aesthetic Perfection Mix)
Okay, I may have said some unflattering things about Caustic in the distant, pre-ID:UD past, but straight up, I thought that The Golden Vagina of Fame and Profit was pretty excellent and I can’t front on Matt Fanale’s grind; dude is consistently producing and releasing music, experimenting with different ways of getting his stuff out (as on his low-fi, self-distributed and extremely personal And You Will Know Me By the Trail of Vomit) and dropping a ton of science both written and on his podcast. You can’t knock that hustle, he’s earned the recognition he’s received via a lot of hard work and musical growth. Dig this sweet Aesthetic Perfection mix of his Faderhead collab “White Knuckle Headfuck” from the forthcoming digital remix EP. It’s got that AP bounce and nicely whets the appetite for Daniel Graves’ new record, set to pop real soonlike.

The Present Moment – Intrigue
You know, I vaguely considered not posting this super cool vid just because we give so much shine to The Present Moment and I thought we might start to look like harsh fanboys or something. But fuck it, TPM put out a great record just recently (which you can mailorder right now from the good folks at Mannequin) and then went and made a video inspired by Phil Dick’s “The Man in the High Castle”, which is basically like giving catnip to the staff at I Die: You Die. This track really highlight’s how confident Scott’s vocals have gotten and how strong the songwriting on the record is. Huge recommendations all ways round.

The Present Moment – Intrigue from P. G. Johnson on Vimeo. 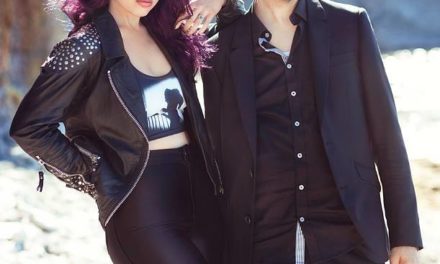 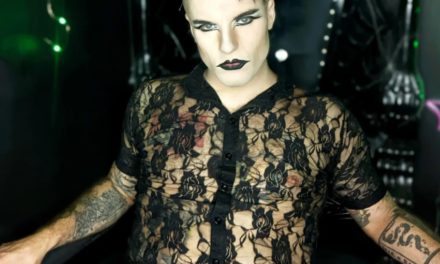