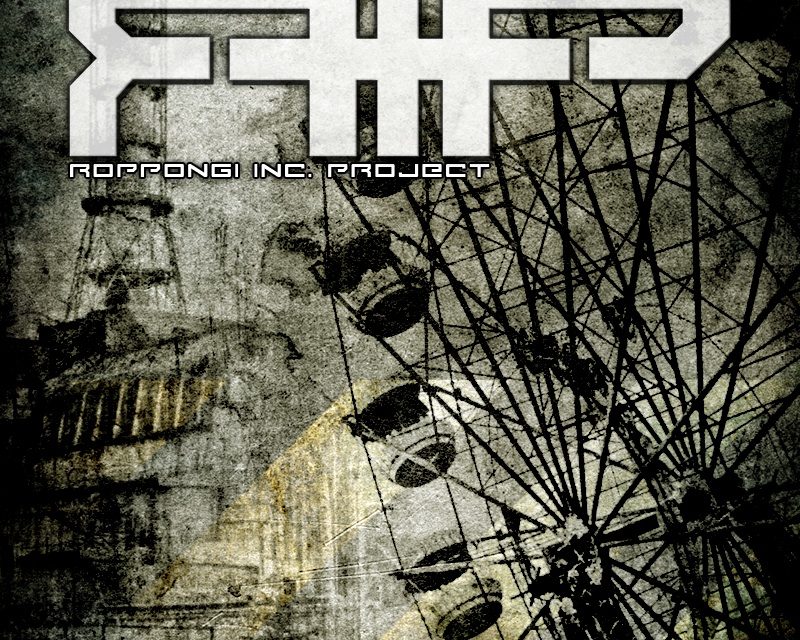 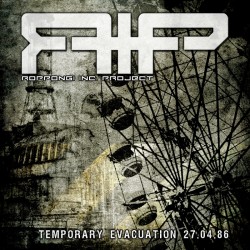 Temporary Evacuation 27.04.86 faces the problem most instrumental releases that revolve around a concept do: how do you effectively convey the idea without words, relying purely on texture and mood to do the job? In most cases you don’t strictly, the concept is more of a guiding principle that informs the mood of the tracks which in turn (hopefully) evokes some aspect whatever the songs are about. Russian duo Roppongi Inc. Project are working with some material of serious gravity when it comes to the Chernobyl Nuclear disaster, and while their new release does little to sonically reflect the sorrowful aftermath of the tragedy, its tight techno-industrial sound does occasionally suggest the panic and and terror of the evacuation itself.

Temporary Evacuation a 5-song EP (and is priced to download as such despite its lengthy running time) with 8 remixes of the title track interspersed between the originals. It’s a bizarre sequencing decision as the R.I.P. originals flow together from one to the next quite well. The forboding grind of “Easy Life (White Noise)” (reminiscent of similarly soundtrack influenced recent work from Gatekeeper) leads handily into the pulsing title track, a mid-tempo dancefloor number with tight sequencing built around distressed vocal samples and a synthetic alert chime that serve as the records most direct reference to it’s subject matter. Although what they’re trying to say about the events at Chernobyl is anyone’s guess, “Birthday (Edit)” and “Destination” are both tracks that have actual movement to them, their propulsive beats pushing cleverly evolving textures. As with final track “No Future (Run mix)” these aren’t songs that stay static, they switch sequences, new sounds emerging cleverly and fading away while never losing sight of the central groove.

While not all winners, the mixed bag of remixes do bring something to the table beyond just filling out the releases’ length. The best of them is the “Alternate” mix, one of three by Kant Kino (who’s own excellent “The Owner of this House Lives Here” dealt with the same subject matter), its vocal stabs and string-like pads bringing an appropriate sense of tragic grandeur. Freakangel’s journeyman interpretation is straight terror EBM, while the Ad Inferna remix almost strays into trance, both emphasizing some of the elements of those genres R.I.P. themselves borrow from. The same could be said about the power-noise-by-way-of-gabber mix by Virgin Fix, although it’s distracting sampling of The KLF’s “3 a.m. Eternal” (which isn’t nearly as good a combination in reality as it sounds in theory) scuttles it.

Temporary Evacuation 27.04.86 ultimately works on the basis of it’s musical merits rather than by it’s connection to the heartbreaking circumstance that inspired it. Despite an imbalance in the new versus remixed material there’s a high level of production throughout, throwing the quality of it’s songs into sharp relief. Roppongi Inc. have crafted a sturdy release deserving of notice for it’s own inimitable musical appeal rather than its premise.