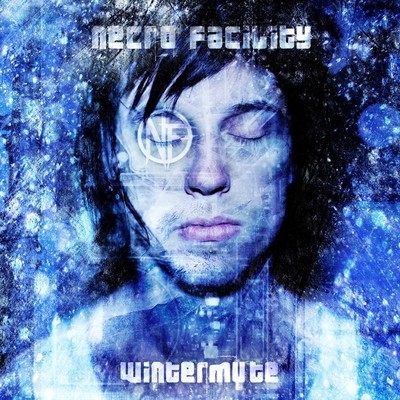 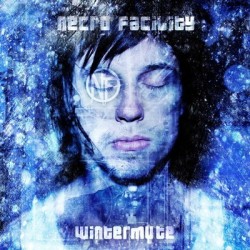 Necro Facility’s first two LPs have been judged less for their quality than for their blatant Skinny Puppy worship. Debut LP The Black Paintings was nothing less than a straight recreation of Mind: The Perpetual Intercourse, but by 2007’s The Room they’d progressed by leaps and bounds…to jacking VIVIsectVI. While the comparison to Canada’s elder industrial statesmen is still valid, their 2011 release Wintermute shows the band not only developing a sound of its own, but also presenting a new vision of what crossover industrial can be.

Presaged by “Lightbringer“, their excellent collaboration with Covenant that hinted at their growth out of tribute act territory, Wintermute finds an equilibrium between Puppy’s more groove-oriented moments and club choruses of the “anthemic” and “sweeping” variety. If it sounds like we’re trying to reduce this to a formula it’s because Necro Facility have struck on one that works. Well. Very well. Take for example album opener “You Want It”. A grinding synthline and staccato vox on the verse give way to a lush chorus with a memorable vocal hook, that makes an impression before we even get to the second verse a minute and a half in.

Things play out similarly across the album’s ten tracks, but the band has enough panache to keep affairs seeming fresh and spritely for the entirety of Wintermute‘s running time. “Ignite” marries chunky palm riffed guitar with screamed and clean vocals which might have more in common with recent metal than with their industrial scene contemporaries. “Supposed”, on the other hand, has a shameless pop chorus which somehow bounces over a fat, classic EBM bassline. We should mention that this album is proving to be a remarkably summery affair in spite of its name. (Yes, we know it’s a Gibson reference, but by the band’s own admission it was picked just because it sounded cool.) 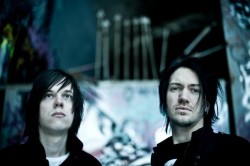 When NF do eschew their own formula, they display a keen appreciation for the past couple decades of popular electronic music, as they do on “Fall Apart” and reflective album closer “All That You Take”. Far from ghettoizing themselves in the industrial part of town, the band tastefully samples from a much broader palate than is currently typical for groups of their ilk.

We should also note that mid-album stand-out “Do You Feel The Same” (a staple in our club sets) distills the essence of Skinny Puppy’s “Worlock” into just under three minutes of plaintive, low-BPM magic. It’s instantaneously recognizable and infinitely replayable, the sort of lightning in a bottle moment that defines Wintermute. Make no mistake, we could probably spend a few paragraphs talking about the production choices or the lyrical tropes on display, but above all else Wintermute is an imminently enjoyable record.

We’ll cop to having been taken aback by just how far Necro Facility have come in the space between their last album and Wintermute. Even if “Lightbringer” and the pre-album release of “Do You Feel The Same” were signs of huge leaps forward, to listen to an album which demonstrates such a distinct aesthetic back to front is a rush. It works as a club record, as headphone candy or a soundtrack for your day to day. It’s a standout effort and one which is already a strong contender for ID:UD album of the year honours.