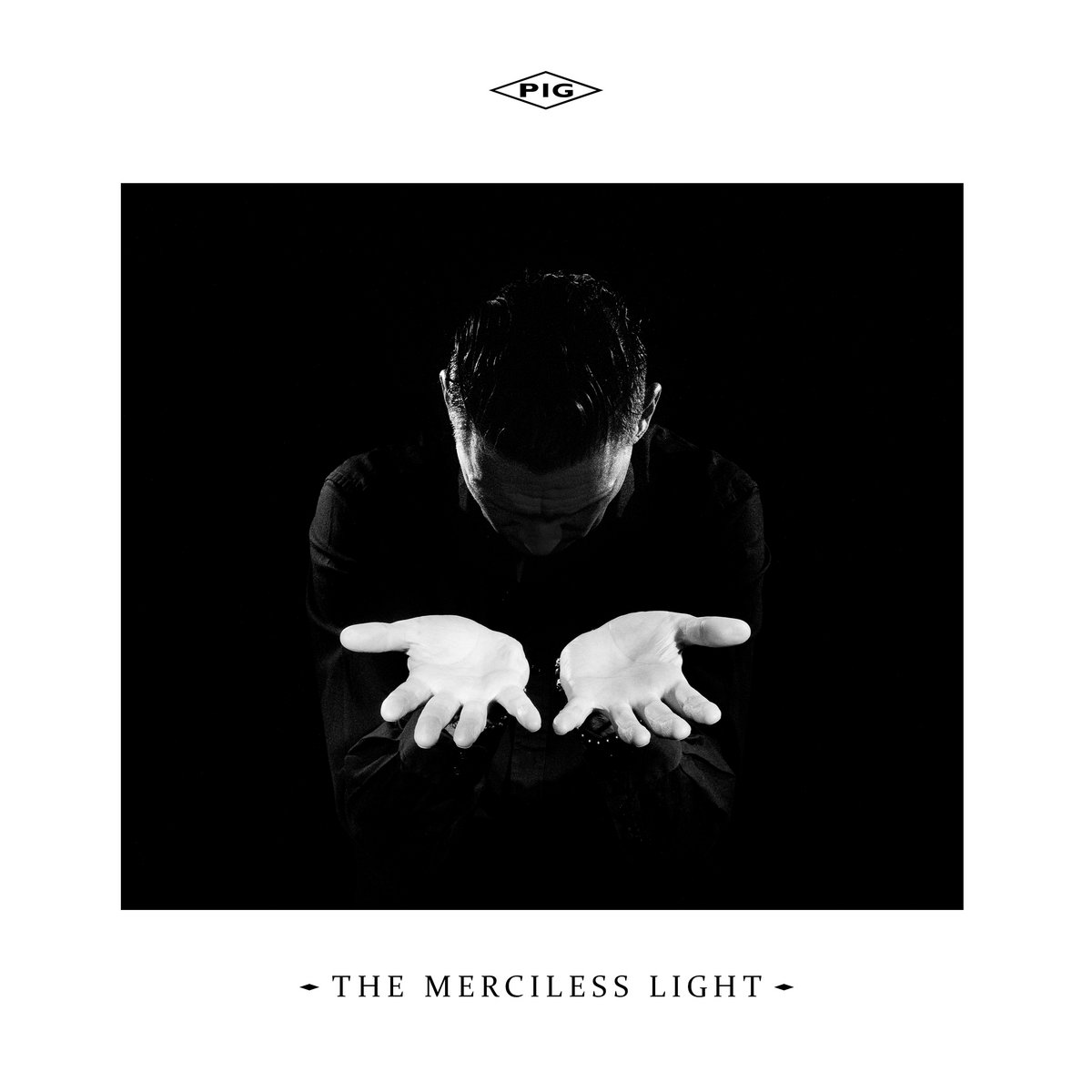 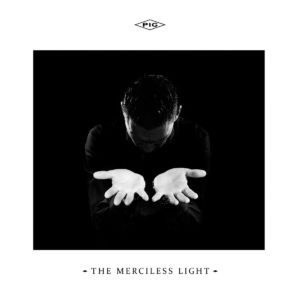 It’s not much of a secret that we haven’t been especially fond of latter day Pig material; while the last six or seven years worth of records from Raymond Watts weren’t entirely without their charms, they often felt saddled with gimmickry, or worse, with uninspired rewrites and retreads his own classic material. It’s with this in mind that new LP The Merciless Light gains a lot of shine, as the material showcases not only Watts’ considerable vocal charisma (a trait that he’s never been short of), but also his strengths as a songwriter and producer.

The record starts especially strong with a trio of tracks that call back to Watts’ iconic stint as the frontman for KMFDM, each one a distillation of those records’ sleazy industrial rock appeal. Opener “No Yes More Less” conjures up big teutonic energy via its German language intro,chunky synth parts and chopped and sequenced guitar chug, all mixed to support Watts’ signature croon. “Veni Vidi Vici” has a nice slowburn groove that that allows for its cheeky chorus to get over without seeming crass or easy – the kind of sardonic gambit that got more than a few classic Pig numbers across. Best of all, “Speak of Sin” manages to invoke “Juke Joint Jezebel” via its speedy riffs, dancefloor ready rhythm programming and yes, those signature soulful backing vocals. That these tracks can capture that spirit without succumbing to pure imitation puts them at the forefront of the contemporary Pig catalogue.

“Watts plays the hits without playing the actual literal hits” is a theme that runs through the whole album. He gets to do his psychotic lounge singer in Hell’s cabaret routine on “Limbo” (complete with raunchy horn and flute solos), and get his full-on gospel on on the title track, in both cases showing off his often underrated and unacknowledged skill as an arranger. Even the eye-rollingly titled “Glitz Krieg” delivers, with a nice big vocal hook supported by an orchestra of synths, sampled instruments and a choir of acolytes backing up Watts’ ranted sermon. Not every number works – “Sugar My Pill” and “Speak of Sin” are thin from a songwriting perspective – but the lesser moments pass quickly and are generally followed by something that makes up for them.

Raymond Watts’ cult of personality gives him an out when it comes to the quality of his material: his magnetic and unmistakable persona allow him produce a record on cruise control and there will still be a loyal fanbase ready to purchase it. That’s not the case here, and whether The Merciless Light is a result of Watts leaning in on new Pig material especially hard, or some other intangible factor in his creative process we aren’t privy to, it’s certainly the best thing we’ve heard from him in more than half a decade, and a testament to what earned him his following in the first place.