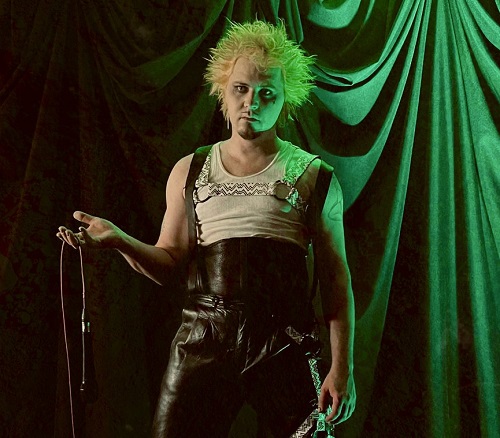 What with Halloween proper happening on a Monday we imagine a good portion of our readers got their spooky ya-yas out at the clubs on the weekend, and might just be staying in tonight with some horror flicks. We tend not to make too big of a deal about Halloween here at ID:UD (with the odd exception) if only because it feels redundant to try to underline a dark or spooky theme to our coverage given that, well, we try to keep it dark and spooky in the middle of July as well, and we imagine you fine folks do the same.

Big Time Kill, “Blue”
Boston industrial rockers Big Time Kill tap into some Pretty Hate Machine energy on new single “Blue”, although there’s definitely a stripe of Faith No More in there as well. Listen to the smooth R&B styled chorus breakdown in contrast to the slap bass verse and motorized drums for an idea of what we’re talking about, y’all should probably be able to suss it out pretty quick. Solid single from an act who are daring enough to do this sort of thing, and we appreciate for it.

Sacred Skin, “Killer’s Mind”
Los Angeles phenomenon Sacred Skin come through once again with “Killer’s Mind”, a track that fits nicely into their now-familiar eighties horror movie style of neo-New Wave. I mean we’ve written a lot about how evocative their music is of that particular era, but what we probably don’t talk about enough is how god damn good their songs are, all production trappings and style-tics aside; their hummable melodies and memorable choruses come through big no matter what they try their hand at. Also this one has shakuhachi, and we mark out for that whenever we hear it.

Object, “Nothing Left Inside”
We somehow missed out on Object’s 2019 LP, but we’ve always enjoyed Andreas Malik’s approach to pure, undiluted 90s dark electro, and so won’t be making that same mistake again. Object’s sixth album, Epilogue Of Fear, will be out in a couple of weeks and if the rest of it has the same combo of dread, kicks, and chewy as all get out synths we’ll be plenty happy.

Mellow Code, “Bestraft f​ü​r Leben”
We’ve caught the odd track here and there from LA’s Mellow Code over the past couple of years, but have been particularly taken with this one. Offsetting some grimy EBM programming with a dash of Weimar high drama, Josh McVety does a lot with a little on this cut; we’re guessing that the DAF connotations of the track photo aren’t accidental.

Ultra Sunn, “Can You Believe It”
Belgian darkwave act Ultra Sunn have been on something of a run for the last year, post the release of their debut LP Body Electric. Obviously the electro-darkwave sound that is their bread a butter is still at the heart of new single “Can You Believe It”, but this first taster of their forthcoming EP for Fleisch makes excellent use of their rich vocals, creating a far more foreboding tone than most acts in the style can manage. Bonus points for the weirdly discordant riser that precedes the final chorus, a nice horror movie touch for the scary season.

Cygnets, “Precious”
Have we mentioned lately how much we miss Cygnets? Alberta’s premiere goth/glam/new wave act will always have a special place in our hearts, and we were happy to learn that a whole trove of demos and outtakes, plus a whole shmozz covers, have just been unearthed and released across three discs. It’s not difficult to identify the Depeche Mode influence on plenty of Cygnets tracks, but something about the tense keening of “Precious” from 2005’s dead cat bounce LP Playing The Angel just suits the band’s ethos perfectly. 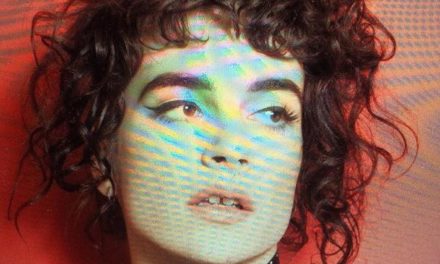