Man, let me tell you guys something: waiting at the Chinese consulate for your Visa is fuckin’ booooooring. But it did give me time to write about some new songs I like, which is always a bonus. We here at ID:UD pride ourselves on having five articles a week, Vancouver rain or shine (probably rain). Sure half the time those posts’ll be outtakes from the manuscript Bruce is gonna send to Mick Mercer where he’s gassin’ on about some bunch of French fruitbats, or me writing 10-cent cusses about how come no one remembers Gracious Shades, but at least there’ll be a new one, Monday through Friday! Which is a nice segue into mentioning that both Bruce and I are gonna be away (me in China, him in the EU, seeing Kirlian Camera and Haujobb, that jerk) for a couple of weeks in September at which point we will be in low content mode. Stuff’ll go up while we’re gone, just not with the same frequency. What does any of that have to do with the songs you came here to read about? Pretty much nothin’! On with the show!

//Tense// – Pleasure Games (Demo)
I Die: You Die loves Houston’s //Tense//. I guess they’re nominally part of the Grave Wave/Witchhouse thing, but few bands in that murder are doing the early Cabs, Clock DVA thing these guys seem so fond of. This song is a bit less dense than some of their other jams as befits its status as a demo, and almost has a Snowy Red “Euroshima” sense of dread to it, which suits me fine. When are these guys putting out a full length?

Depeche Mode – In Chains (Myer vs. Wilder remix)
This was a bonus track from the recent Depeche Mode remix collection if you bought the whole, mostly unnecessary shebang via iTunes. It’s not quite as good as the super-fuckin’ sexy Wilder remix that made the CD, but c’mon, friggin’ Daniel Myer and Alan Wilder together? It’s a musical intersection that makes total sense. If you like this, there’s actually a bunch of pretty solid Architect mixes of Recoil’s “Want” floating around that are worth checking out. Also, when they toured together Daniel busted out some live remixes of DM songs, some of which can be found on Youtube and will probably never be released in any official way.

Imperative Reaction – Siphon
Okay, admission time: I like some of Imperative’s recent stuff, but I’m one of those annoying people who really liked Eulogy for the Sick Child and kinda wishes they had stuck closer to that sound. That’s just me being a grumpy old man though (Did I ever tell you kids about Pendragon? Those were some times, boy), and should not be held against this rather nice free-to-download track from their forthcoming self-titled album. As indicated by their video for “Surface” they’re kinda doing an electro-rock thing, and that ain’t a bad look in my estimation, so long as the songs are good and catchy. And this one is!

Dryft – Clustr2
I loved Cadoo’s Dryft record from last year, which was on some serious Gridlock styles although it seems like he might be kind of sick of hearing people say that. This is a bit less so, although when that swelling pad comes a little after the two minute mark I am transported back to the summer of ’98, when the world seemed fresh and new and I could routinely be found rockin’ out to Further on my CD Walkman on the way from my parent’s house to my shitty dishwashing job. This one appears on Tympanik’s Emerging Organisms vol.4 which I heard was supposed to originally be limited to 500 physical copies with no digital download, although it appears you can get it from Bandcamp now. Good comp! 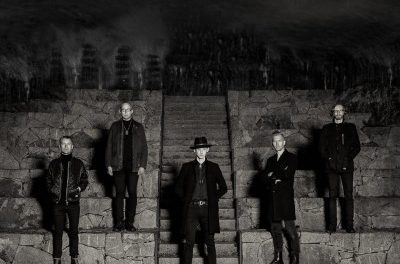