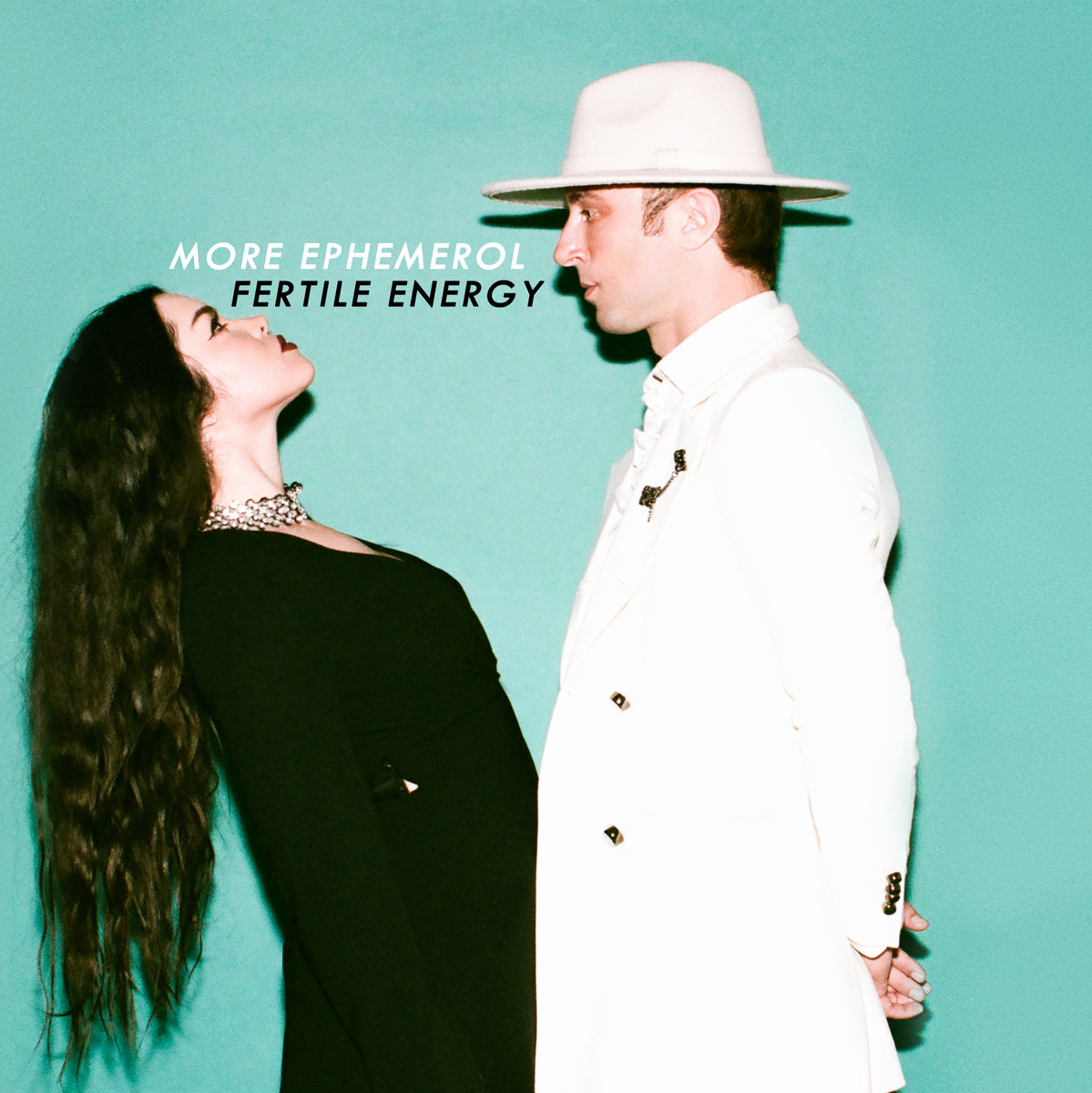 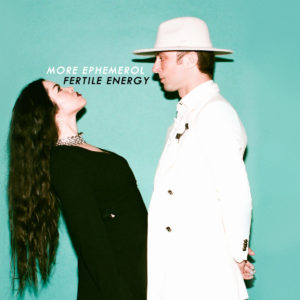 More Ephemerol
Fertile Energy
Oracula Records
Los Angeles’ More Ephemerol is the minimal synthpop act made up of Chad Fjerstad and Tamara Sky, a duo whose music is both classically structured and possessed of some palpably weirdness. The title track of new EP Fertile Energy does a good job of getting that particular flavour across; while the minimal arrangement of drum machine and synth and traded off male and female vocals has an air of vintage eighties wave to it, there’s an alternatingly sinister and sensual undercurrent in how those vocals play off one another and the sprightly arrangement. “Obituary Templates” leans into that musically, keeping the tempo high but cloaking the deliberately off-kilter vocals in reverb and accenting them with odd bits of crackly percussion that increase the tension lurking beneath the analogue surface. “Cult Classics” and closer “Ex-Raver” provide something of a summary to the proceedings; while the former goes chintzy pop melodies that have a lounge-act-gone-sideways motif, the latter cranks the saturation and mechanical rhythms up to industrial-grade. Neither feels out of place for More Ephemerol, which is a strange aspect of their approach in and of itself. 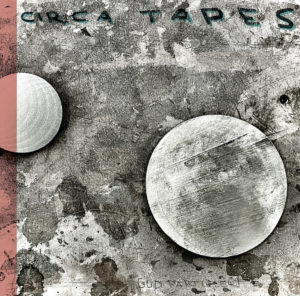 Circa Tapes
Olejiaan
self-released
When we first got on board with Chicago’s Circa Tapes, it was their ability to weave more direct and weighty beats into a minimal wave milieu that got us in the door. A few years later, and that rhythmic dimension has become the band’s primary focus, as evidenced on new EP Olejiaan. Sure, the same throwback instrumentation, sounds, and production can still be sussed out, but rather than the appeals to frantic synthpunk or more abstracted dancefloors, the four tracks on this EP go right down the classic electro pipe. Bright, brassy, and funky, tracks like “AXXE” use the atmospheric tips the project has taken from more restrained genres to create tableaux for a set of properly compelling and mutating percussive tracks. The bass pulses offer plenty of catnip for people who want to approach the project from a body music perspective, but the economic handling of the drums on the title track recognizes just how much mileage New York electro and Chicago house pioneers were able to get from a similarly minimal toolkit. The strict and motorik approach Haujobb have taken to EBM over their last couple of releases feels as apt a comparison as any.